With the death of the third-party cookie on the horizon, talk has turned to the value of publishers’ first-party data and whether they have the ability to scale to meet advertisers’ desires.

And while pubs are in a prime position to deliver on identity—with the right tools in the place, of course—they’re still feeling the burn from long ago when advertisers built out the third-party data/verification stack to reach their audiences instead. Isn’t it time pubs got their heads back in the game again?

We spoke with Jake Abraham, President at Audigent about why he thought pubs seemed a little gun shy about identity solutions, how they should go about showcasing their first-party data as well as how Audigent plans to help them drive revenue by making their audience data and inventory actionable for advertisers in a cookieless world.

Gavin Dunaway: At the PubForum Virtual, publisher sentiment around identity seemed a bit muted. Why do you think pubs aren’t turning into identity cheerleaders? (Or have you seen something different?) 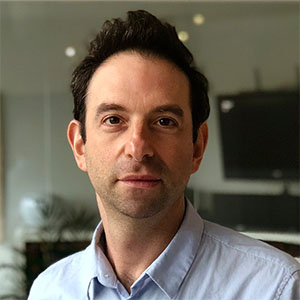 Jake Abraham: Most publishers continue to be preoccupied with on-site monetization, where their first-party data will persist beyond third party cookie deprecation, and thus identity often isn’t front of mind.

While technically correct, this is a strategic blunder as publishers will grow significantly stronger in the post-third-party data world as the only “source of truth” for audience identity.

This will drive greater demand for their premium audiences, both on and off-platform. Without an identity solution, targeting those audiences off-platform (and even on-platform within particular browsers and iOS) will be an entirely missed opportunity.

This is equally important for smaller publishers who think they have little to offer in a programmatic world driven by scale. If these pubs onboard a publisher-centric cookieless ID (matched to the SSPs), they can effectively join a pub coop that scales well across the ecosystem.

Additionally, the identity solutions from the most entrenched players continue to rely on hashed email, and very few publishers see more than 10% logged in…if that. While most have grand plans to grow that percentage in the future, it still leaves quite limited optimism on the current value.

This is all a damn shame because the pendulum is swinging back to publishers and NOW is the moment to capitalize on the massive changes that third party cookie deprecation brings to the ecosystem.

GD: Publishers understand that the death of the third-party cookie represents an opportunity for them and their first-party data, but they’re skeptical as agencies and advertisers spurned their data in the past for third-party. How should publishers be showcasing their wares now?

JA: Let’s remember that advertisers did want pub data during internet 1.0 but the pubs didn’t/couldn’t deliver it. And even if they could, they typically couldn’t scale against the segments that advertisers wanted and just set up RON campaigns anyway, which led to agencies and advertisers building the third party data/verification stack. I can’t imagine the pubs will make that mistake again.

Contextual identifiers will never be precise enough to deliver the kinds of targeting that the buy-side demands.

With the death of third party cookies, they will be wholly reliant on first-party identifiers. Contextual identifiers will never be precise enough to deliver the kinds of targeting that the buy-side demands. And without the attribution tools at their disposal (which rely on third-party cookies to work), they will absolutely need publisher first-party data to deliver on their clients’ needs. How refreshing.

It’s ultimately all about performance. Pubs need to showcase the quality and performance of their premium audiences and how much richer and more valuable data delivery, data-driven PMPs and optimizations from the supply side can be. This is critical education that needs to take place among buyers and agencies in this new world.

GD: Seems like everybody and their grandmother is introducing a data play these days, and truth be told there’s a variety in the offerings. How does Audigent differentiate itself in an increasingly crowded market?

JA: Audigent has been focused on monetizing premium and compliant publisher first-party data from day one. And it provides solutions that deliver into the DSPs, the exchanges and the ad server. All of this is now accomplished with the HALO ID, a 5-point cookieless identity system (first-party data, content, context, deterministic, probabilistic).

But most importantly, Audigent has pioneered the shift from demand-side data delivery to supply-side data delivery, allowing for accurate avails against exchange inventory and supply-side deal optimization, all within a cookieless environment that doesn’t require the DSPs to change how they transact campaigns.

In short, a plug-and-play publisher monetization tool that delivers proven incremental revenue today and well into the cookieless future. With on-site DMP tools to match, it’s a suite that considers all components of the advertiser’s direct and programmatic efforts.