Imagine back to that more innocent time when people began “surfing the World Wide Web.” The first time you saw a digital ad, you probably marveled at the novelty of this gaudy, little flashing billboard begging you to “Click Here Now!” You probably clicked, wondering where it might lead, wide-eyed at the possibilities of a whole new world unfolding before you.

Now recall five pages later in your surfing experience, when wonder turned to dread—are those annoying ads going to be everywhere I go?

The issue of low-quality digital ads is as old as digital advertising itself. Those early ads soon brought malware and fraud with them, followed by the appearance of ad blockers in their earliest form. In some sense, publishers have always been at war against bad ads—and bad ads continue to limit our potential as an industry.

WITH THE SUPPORT OF Confiant
Confiant is a cybersecurity company that protects publishers and supply-side platforms from malicious actors and puts the control back in their hands to ensure the ads delivered to a website are safe and secure.

Fast forward to the present, where publishers are facing a very uncertain future. CPMs are down as advertisers pull back. Publishers are adding more ads per page and lowering their floors to capture more revenue, hoping to ride things out until higher CPMs return.

Unfortunately, more ads, lower floors, and other desperate moves lead to more opportunities for bad actors to step in. For users, more will adopt blockers to maintain some level of quality experience as they consume content.

“Publishers are fighting two battles at once to prevent revenue and user disruption: malvertisers and ad blockers,” said Confiant Cofounder and CEO Louis-David Mangin at AdMonsters Publisher Forum in Santa Monica. “Both are part of the same war, and for the industry to win this war, it needs to win both battles.”

Where We Are Winning

In his presentation, Mangin shared some battles we are winning. The rate of in-banner video (IBV) impressions has fallen precipitously over the past eight quarters. Industry initiatives such as ads.txt have closed the arbitrage opportunity that powered most IBV.

This, combined with moves by the major browsers and SSPs to disable autoplay video ads, has made IBV an endangered species. According to Confiant’s 2019 Q4 Demand Quality Report, 50% of low-quality and IBV impressions came from just two SSPs. With this information, publishers are in a position to further squeeze IBV out of the ecosystem.

What We Are Hearing

The research exists to tell us that there is more work to be done. Users are clear that they see too many ads, that the ads are annoying, irrelevant or just too intrusive. They are also aware that ads are the means by which malicious code is delivered. Research on people who have installed ad blockers confirms that the top 5 reasons can be attributed to malicious, low quality, and unsuitable ads. 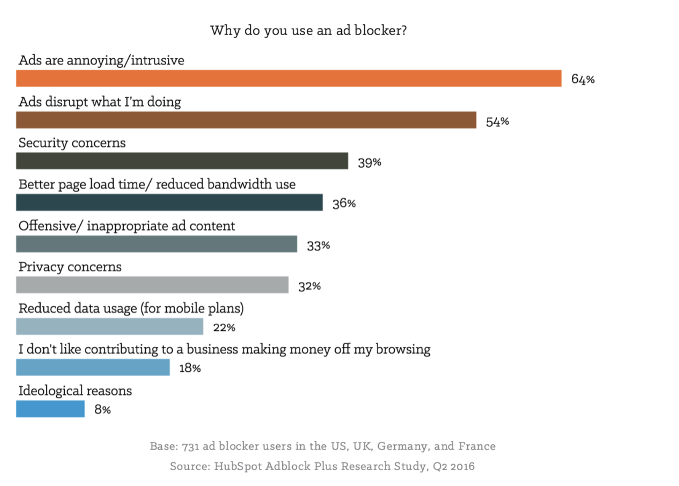 Every year, more research comes out to confirm this. It’s clear from all this data that we’re not doing enough. Confiant’s report states that in 2019, 1 in every 150 impressions was dangerous or highly disruptive to the end-user.

For publishers, it’s key that they monitor their partners—primarily their SSPs. Perhaps the most alarming stat from the Confiant report is that the average malware attack response time is measured in days—not hours, minutes or even seconds. 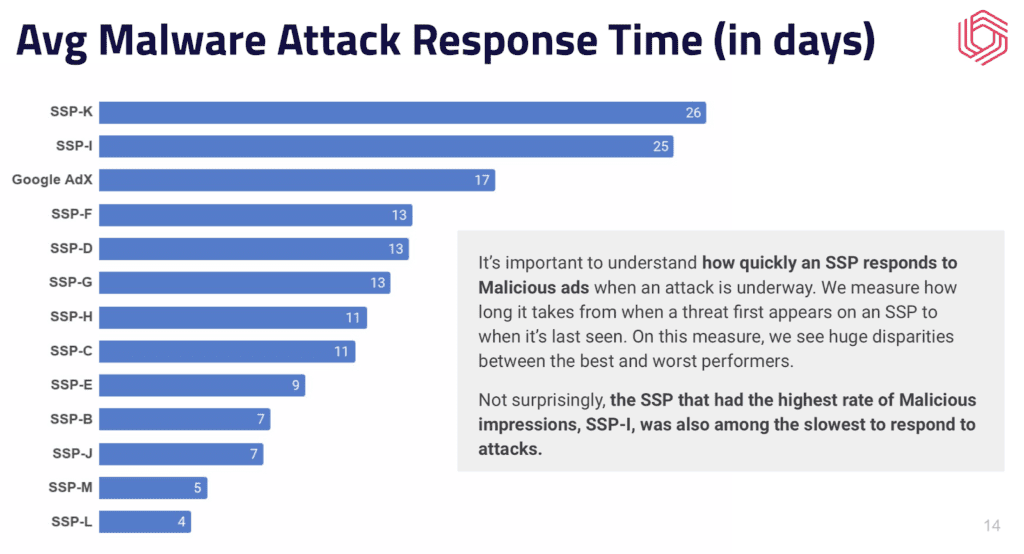 It’s publishers addressing response time with their SSPs and choosing who their real partners are, that we’ll see this addressed.

What We Have to be Mindful Of

IBV may not have been knocked out, but bad actors looking to exploit our industry continue to evolve. FizzCore, for example, has perfected the art of audit circumvention to exploit the gullibility of aspiring cryptocurrency investors. Eschewing forced redirects, FizzCore implements techniques to evade ad quality reviews and drive users to cybersecurity scam sites. Evasion techniques include cloaking (display of fake ad creatives and landing pages to ad quality scanners); reputation and relationship building in the ad ecosystem; and carefully crafted localized campaigns using celebrity-endorsement clickbait. 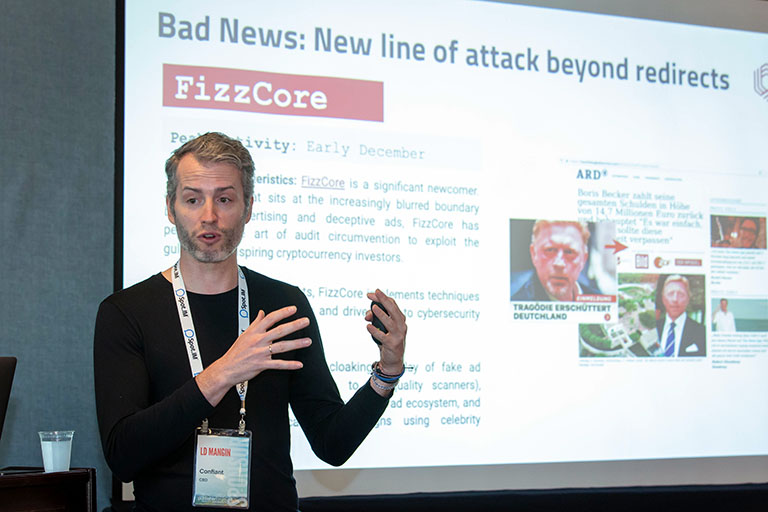 Financial uncertainty makes everyone second guess their quality guidelines–are we maintaining an unnecessary standard when revenue is at risk? The problem with that thinking, of course, is that we are walking ourselves into a trap. If we annoy users further, ad-block rates will go up. If we let down our guard, more malicious activity will occur on our watch.

As publishers, we must do our best to hold the line on quality ad experiences so that when we do emerge from this dark time, we won’t have lost everything.