Breaking up is never easy.

That’s especially true if it wasn’t you who called it quits. And if you have no interest in being single, you’re sort of thrust into finding someone new. That initial dating period can feel both exciting and intimidating, and also awkward and confusing. You were comfortable with your old boo, complacent even, and now you have to step up your game and put your best foot forward.

Worst case scenario: imagine being told you have only two years left for that relationship. A relationship with someone you grew to love over time, even though you knew they weren’t necessarily the best person for you. But you got used to the routine. You felt you understood them inside-and-out.

This is what it must feel like for many in the advertising ecosystem who relied on the third-party tracking cookie for advertising tracking and measurement for what seems like time immemorial. What’s worse, no one is quite sure how the alternatives will stack up—or even how to make sense of them.

Sure Google has opened up feedback for their Privacy Sandbox proposal and outlined potential uses—including ad selection, conversion measurement and fraud prevention—but there’s still a lot of uncertainty about what happens in the next two years once the third-party tracking cookie becomes extinct.

I recently penned an AdMonsters Decoder about the Privacy Sandbox after reading lots of documentation, following GitHub threads and even listening in on Lotame’s Fact Chief Briefing Webinar hosted by CMO Adam Solomon. And still, it all feels a lot like traveling through a dark, scary tunnel aided by a map containing a lot of hypothetical routes with no real, clear guide.

So to gain an even better understanding of what a cookieless world might look like and how Google’s Privacy Sandbox fits into all of that, I recently spoke with Michael Zacharski, CEO Engine Technology & EMX Digital. He believes Google’s Privacy Sandbox won’t drastically hurt digital advertising and its efficiency against other advertising mediums. He’s also certain that this will initiate positive actions that will build a trustworthy brand/consumer relationship. 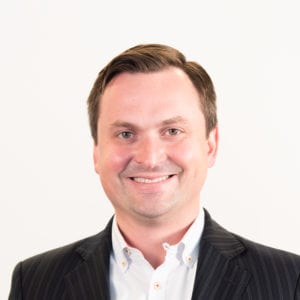 Michael Zacharski: The privacy sandbox is a sanitation filter between the browser and third parties that are called to interact with the browser on behalf of the publisher—either for advertising, measurement or other relevant services.

LdJ: What are the benefits of Google’s Privacy Sandbox?

MZ: Google is doing the hard work required to ensure Chrome remains the dominant browser for the open web—addressing concerns related to data privacy and regulation by giving consumers visibility and choice related to data sharing with advertising partners.

On one hand, Google is catching up to what other browsers have been doing on behalf of consumers, in terms of tightening which data can pass from the browser to advertising technology partners—but with little or no controls for consumers to make choices.

On the other hand, Google is providing the first two-way conversation through its sandbox, where consumers will be able to make informed decisions about their data and take actions related to data sharing.

MZ: Google’s Privacy Sandbox is a step toward keeping the open web functional with consumer privacy in mind, but it is not being designed in a way to hurt digital advertising. It may restrict and challenge the norms of how things are done today, but that ties to the overall change in point of view regarding online privacy.

The restriction of third-party cookies is not something that is happening now—it’s happening in two years. Ad tech is an industry that was built upon rapid change and adoption, and in two years, the digital ad space will evolve. Data and measurement will be different, as will the trust dynamic between consumers and brands.

Google’s privacy sandbox is a step toward keeping the open web functional with consumer privacy in mind, but it is not being designed in a way to hurt digital advertising.

What won’t change is the fact that content is consumed digitally and digital advertising’s efficiency against other traditional advertising mediums.

LdJ: How will this affect the ad tech space?

MZ: Two years is a lot of time in the advertising technology space, where things move, change and evolve quickly. We likely won’t see much disruption in the short term, but buyers will one day operate in a new environment devoid of the current deterministic data and measurement that they will have become accustomed to.

The two paths I see are deterministic targeting moving toward requiring hashed email or phone matches between content providers and marketers, as well as CRM and probabilistic targeting that does not touch personally-identifiable information but still provides relevant information about the location and context of the content being presented.

It’s going to be a vastly different space in the long term, but the automation of advertising will continue, as will the convergence of traditional and digital media. As the industry moves forward, it’s going to be a mix of what is old and what will become new. Some efficiencies of measurement and accuracies of ad targeting may get watered down, but media pricing and available inventory will also shift. Prices for cookies will change but more inventory (the current non-cookie inventory) that is perceived as less valuable today will become more valuable.

Publishers and advertisers will reach a new equilibrium. In other words, ROAS will continue to improve directionally as publishers fill more inventory—but we will see some bumps along the way. At the end of the day, the coming changes won’t make digital advertising less effective of a medium or move things backward from the advancement made in programmatic advertising. The medium of digital advertising will continue to evolve, prevail and scale as this is where consumers continue to give their attention.