Here are some curious statistics: While African Americans, Asian Americans, and Latinx populations make up nearly 37% of the US population, these groups often feel the least represented in advertising, according to the study Adobe Digital Insights 2019 — Diversity in Advertising. Sixty-six percent of African-Americans and 53% of Latinx said they felt their ethnic identity was often portrayed stereotypically, while 51% of Asian Americans said they didn’t feel their identities were represented in advertising.

Coincidentally, another study from Deloitte-owned agency Heat, looking at 17,000 data points from ads for 50 brands from the top 200 media spenders, across eight industries, and correlating that data with the stock growth of each brand over the past seven quarters, as well as their Brand Index scores, found that the brands that did a better job at representing diversity in their advertising saw a boost in both public perception and stock growth.

Yet, many brands look at diversity more as a checkbox than as a way to emotionally connect with more consumers. And, there are still even more brands that haven’t even gotten to the stage of checking boxes.

According to McKinsey, there is a direct correlation between diversity in leadership and profitability and value creation.

Yet, ethnic/gender diversity in media, marketing and tech continues to lag, especially in leadership roles. So, when teams aren’t ethnically-and-otherwise diverse, you’re not going to see brands making those kinds of connections with consumers that increase the bottom line.

AdMonsters caught up with Kerel Cooper, Senior Vice President of Global Marketing at people-based martech company, LiveIntent and one half of the Minority Report Podcast, which highlights people of color, women & LGBTQ community within media, ad tech, advertising and marketing, to discuss some of these issues and more.

Plus, we’ll also be bringing episodes of the Minority Report Podcast to AdMonsters’ site in the coming weeks. So be sure to look out for them.

Lynne d Johnson: So Kerel, can you tell us a little bit about the Minority Report Podcast and what prompted you to start it? 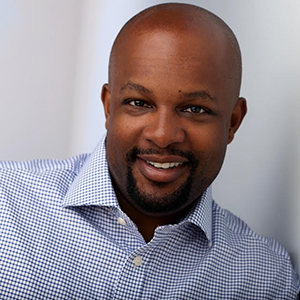 Kerel Cooper: In April 2018 Erik Requidan called me one day and said he had an idea for creating a podcast where underrepresented groups within marketing and advertising could tell their own personal story. He asked me what I thought about the concept. I told him I loved it. He then asked if I wanted to partner with him on fleshing out the idea and launch the podcast to which of course I said “YES!”

This idea led to what is now Minority Report Podcast which is a podcast that highlights people of color, women & LGBTQ community within media, ad tech, advertising and marketing. We released our first episode in June 2018 with Stephanie Layser, Vice President, Advertising Technology & Operations at News Corp and the feedback from listeners has been awesome. We are currently on a schedule to publish two episodes per month.

And again, the podcast is less about the day to day of marketing and advertising industry but much more about getting to know the individual. Their family background, upbringing, culture, what inspires them, thoughts on diversity and inclusion plus much more.

LdJ: Back in the summer, you hosted a panel at AdMonsters Ops Conference called, “The Value of Diversity in Leadership Roles.” Can you talk a little bit about what that value is?

KC: Yes. That was a really good discussion and I’m very thankful that AdMonsters provided a platform at OPS in which we can have this conversation. This was not the typical session you’d see at OPS. The panel featured three individuals that I highly respect: Semande Agosa, Head of Programmatic and Strategic Partnerships at Bonnier Corporation, Alysia Borsa, Chief Marketing & Data Officer at Meredith Corporation and Dennis Colon, SVP, Ad Ops & Strategy at CBSi.

There is a lot of value in having diversity in leadership roles…on concept that is top of mind around innovation and customer experience. A diverse group allows for different opinions because people approach creativity and problem solving differently based on lived experiences. Different approaches to creativity and problem-solving leads to spirited debates which ultimately leads to better products and solutions. They end result is a better connection with employees and customers.

First off, major kudos to you and Winter. I have to tell you that as a SXSW OG, who moderated their first African-American panel ever, “Blogging While Black” back in 2005 …your selection and what you’re doing with it really makes me proud.

With that said, on one end, I see awesome growth of diversity in tech, media and marketing, but then on the other end of the spectrum the rise to leadership for women, people of color, and other groups is still marginal. Do you have any insights on this?

KC: Thanks! I appreciate the support! I don’t think there is one thing that can be done to impact the rise to leadership for women, people of color and other groups. I think there are multiple things that need to come together. Those include:

LdJ: Those are great ideas. Since we at AdMonsters focus on ad ops, rev ops and ad tech, I’m wondering how this industry can play a role in advancing diversity and inclusion. I remember reading an article you wrote “People of Color Trying to Break Into Ad Biz: Consider Ad Ops,” where you said Ad Ops could be the best place for a person of color to get their start in the advertising industry. Why do you think this is the case?

KC: Yeah…I think this is the case because that’s my story and career journey

My intro to our industry was Ad Operations. And 20 years later I still reference what I learned while leading a marketing team. As I stated in the article, Ad Ops is a great place to work in a cross-functional capacity to learn how products are built, how sales executes and how to grow partnerships with technology vendors. It’s the beating heart of the advertising and marketing technology industry and where you can get a lot of on-the-job training of how the industry works. It’s a great place to enter into an organization and learn.