Programmatic is still pretty much in its adolescence stage, and with that, it is still going through a world of changes.

Initially hit by the pandemic, programmatic started to rebound again in May as consumer buying, viewing, and browsing behavior shifted inline with their stay-at-home status to an all-digital diet.

But as the third-party tracking cookie nears its demise, privacy regulations ramp-up and browser-and-OS led privacy-forward initiatives increase, programmatic has an ever greater opportunity to prove its mettle in driving efficiency and ROI for marketers.

And for publishers, in a post-cookie world, their first-party data could provide a deeper understanding of a known user and context leading to a stronger understanding of the value of their inventory, with the ability to optimize campaigns resulting in healthier performance.

We had a chat with IPONWEB‘s Publisher Product Lead Wenda Zhou to talk about the current state of programmatic, from header optimization tricks for pubs during the downturn to the effects of de-duping auctions, traffic shaping and SPO.

Gavin Dunaway: As ad spend still seems to be a shadow of its pre-pandemic self, what are some straightforward header optimization tricks publishers should be employing to grab what they can? 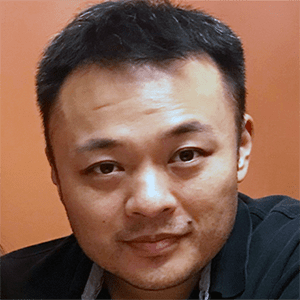 Wenda Zhou: An easy and effective way for publishers to maximize revenue coming through the header is to ensure their ad slot layout is configured in an optimal way that combines high levels of viewability with good page performance, while also giving bidders the ability to make it back to the wrapper within the timeout windows.

One way to do this is to break ad units into groups and make separate calls to header partners according to a slot’s position on the page. For example, units at the top of the page should definitely be called first and a tight timeout should be applied, as there’s not a lot of time for the bidder to respond before the user begins to scroll. For slows toward the middle or bottom of the page, there is more time for a bidder to respond so it makes sense to send a separate request for that group of slots with a longer timeout. Publishers who send a single request for all slots on the page are definitely leaving some money on the table.

GD: Has the programmatic space truly seen the impact of de-duping auctions a la the Trade Desk’s demands? Will other DSPs follow suit?

WZ: In short, no. Traffic duplication (and the effort to minimize it) first came into focus about three years ago, with single-source duplication. This has mostly been cleaned up with minimal impact to the wider industry. More recently, traffic duplication is being evaluated on the buy-side from two perspectives: across multiple supply sources (seeing the same impression opportunity from multiple SSPs); and single-source cross-relational partnerships such as  Google’s open bidding (OB) and Amazon’s Transparent Ad Marketplace (TAM).

The Trade Desk’s recent announcement was based on the latter, its point being that a single source shouldn’t simultaneously be attempting to monetize the same impressions through its direct path to the DSP as well as through other exchanges. The SSP should select its preferred path for each supply source and only provide an impression opportunity to the DSP through that selected path (which may not be the most direct one).

This is actually the easier of the two forms of duplication to identify and prevent. Given that the two most prominent instances of this type of duplication are through OB and TAM (Google and Amazon), however, it’s unlikely many other DSPs will take this stance. And while The Trade Desk might have benefitted from lower hardware and listening costs as a result of less duplication, we have not heard of a massive impact to trading across the board, though it’s likely some SSPs will have been impacted more than others.

Addressing multi-source duplication will actually have a much larger impact on trading, if and when DSPs figure out how to address it. If a DSP plans on limiting all access to an impression opportunity to one SSP, this may cause serious issues with scale/delivery and will drastically shift the supply landscape to a few clear “winners.”

GD: How is traffic shaping changing how publishers monetize (and how buyers buy)?

WZ: As publishers have become more selective in their demand partners, many have started to turn off SSPs that don’t yield significant incremental revenue. Traffic shaping has become one of the ways for SSPs to secure a seat in the publisher’s header by efficiently leveraging their demand connections to focus on the inventory that will yield a higher win-rate. On the buy-side, DSPs have become more selective in choosing the most favorable supply paths with the best inventory mix and cost structure for their advertisers.

Many DSPs have upgraded their buying algorithms to account for traffic filtering or shifted their media buys to private marketplaces (PMPs) to gain more direct access to a publisher’s inventory. We have seen traffic shaping mostly applied on less supply-constrained inventory types, like desktop and mobile web. Big screen inventory formats like video on connected TV (CTV) remain unaffected. Similar to supply path optimization (SPO), traffic shaping is another opportunity for publishers to initiate conversations with buyers, namely agencies and DSPs, to discuss how to form a deeper partnership that benefits both sides with more direct access to premium supply, with maximum transparency and cost efficiencies.

WZ: Depending on who is asked, there will almost certainly be a difference of opinion about SPO’s utility and value to the ecosystem. Those on the receiving end who have been pruned by agency buyers or a DSP that uses machine-learning-based buying models to determine the most cost-effective path to inventory might think that we were better off without SPO. Nonetheless, the aim of SPO is to boost overall ecosystem health through cleaner, more efficient pipes to quality media that is brand safe and fraud-free.

Taking this as the starting point, SPO can be seen to benefit any player that adds value to the supply chain. For agencies, this means working closely with DSP, SSP, and publisher partners to find supply paths that are clean, performative, ads.txt and privacy compliant, brand-safe—and that give them a competitive edge over other buyers.

For publishers, SPO should be seen as an opportunity to instruct buy-side partners about their preferred supply paths, namely the ones that restore as much ad spend to working media, but potentially also the ones that create minimal financial risk. In this case, SPO wouldn’t be the savior of programmatic but it would help to reset the playing field around real value generation and restore some sense of balance and control between buyers and sellers.

GD: The open programmatic ecosystem has been squeezed by the walled gardens for some time now—what’s it going to take for that to turn around? Is a second expansion merely a pipe dream?

WZ: Where programmatic is still yet to achieve its greatest potential is within the realm of data. Data is very much the lifeblood of the walled gardens, and, if the open web is to compete effectively (and thereby spur a second expansion of programmatic), then agencies, brands, and publishers need to be able to trade on proprietary data within the privacy-safe environment that the new regulatory constraints have (rightly) mandated. Central to this is resolving the identity (ID) conundrum, which is the lynchpin of the supply chain as we know it today, given its impact on independent publisher business models, as well as its role in enabling brands and agencies to independently track and measure campaign effectiveness.

Considering how rapidly standards around open RTB trading emerged at the turn of the last decade, followed by the hugely complex media trading systems that leveraged these standards, there’s no doubt the identity issue will be solved. However, this time around, the resolve to find a solution that meets the online ad industry’s needs (as well as growing calls for consumer privacy) will need to be a collective one that is rooted in the belief that the open Internet must remain free and be powered by advertising delivered by the many, not the few.

GD: With the third-party tracking cookie still heading toward its demise, where is IPONWEB placing its bets on a replacement technology?

WZ: Across all our businesses, including BidSwitch and The MediaGrid, we are actively exploring solutions and working with industry bodies like the IAB project Rearc and the World Wide Web Consortium (W3C) to determine both possible and optimal solutions to achieve privacy-compliant addressability and accountability at the user level.