In the wake of the ISBA + PWC Programmatic Supply Chain Transparency Study release, there was immediate focus industry-wide regarding two factors:

1) Who was getting most adversely impacted along the waterfall—focused primarily on publishers receiving 51% of advertiser spend on average, and;

While these are certainly interesting data points, given my current focus on tech stack architecture for enterprise clients I was taken aback by another issue—how difficult it was for the data to be accessed in the first place.

My opinion is that the breakdown will be bespoke to the customer, and that “ad tech tax” is an oversimplification (MightyHive CEO Pete Kim also wrote about this at length on our company’s blog). Since each element is necessary for the ecosystem to function, optimization of this breakdown should be set up to improve ROI—starting with transparency into where exactly media spend is going.

I prefer to take a more hopeful view on the importance of the scandalous 15% figure because the potential causes were outlined in the study (below)—meaning we have a jumping-off point for continued investigation.

As PWC has confirmed in numerous interviews, there is no single smoking gun amongst these. However, without access to data, advertisers, agencies, publishers, DSPs, and SSPs will be hard-pressed to start identifying where these scenarios occur and begin to make the unknowns known. Data collection for the study occurred for three months and overall the study ran a full nine months longer than planned due to difficulties accessing needed data!

Next Steps for the Industry

After the study’s release, Phil Smith, Director General of ISBA, stated, “The challenge now is for the industry to come together, as they will in the new taskforce…to allow companies and consumers to benefit properly from online advertising.” Subsequently, Nigel Gwilliam, director of media affairs at The IPA, proposed The Joint Industry Committee for Web Standards (JICWEBS) as “the obvious body to facilitate this collaboration.”

JICWEBS is comprised of four UK trade bodies: IPA, ISBA, AOP, and IAB UK. The inclusion of IAB is encouraging, especially since Trustworthy Digital Supply Chain is a longstanding pillar of the IAB Tech Lab. However, there has been nothing publicly released about specific next steps for a new taskforce to take actions directly influenced by the study data.

Of course, these things take time. One of the potential causes of the unknown delta is inventory reselling between tech vendors, which is now addressed by the continued evolution of ads.txt, first launched in June 2017. The latest release from July 2019, sellers.json and the supplychain object, validates the complete financial path with the ultimate goal of “transparency into the origins, paths, and legitimacy of ad inventory.” It has yet to reach widespread industry adoption; this illustrates the lead time required to solve just one of the elements of the unknown delta.

That said, I do have some thought starters for publishers and platforms in the near term.

Ideally, these small steps can help make the industry more transparent and effective as we await larger-scale changes from industry bodies. With continued effort from every corner of the industry, the necessary changes may manifest more quickly if there is increased focus on making improvements from all participants in the supply chain. 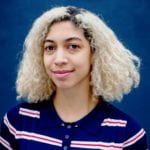 Rachel Adams currently runs her own LLC out of Oakland, Calif. which she started in September. For four and a half years prior, she held various roles at MightyHive, part of S4, including but not limited to East Coast Account Management Lead and most recently Head of Media Activation, focused on thought leadership, best practices, and new to market opportunities for their client base