Programmatic advertising was supposed to be the most efficient way to buy and sell advertising. And yet, since its beginning, it’s only grown increasingly inefficient, burdened with an ever-growing list of intermediaries jostling to provide value. Meanwhile, waste and fraud continue to rise.

In response, transparency has become an industry rallying cry of sorts. It’s difficult to cut waste from a campaign if you can’t figure out where breakages are happening, where fraud is shaving away ad dollars, and ultimately who isn’t holding up their end of the deal.

To move the industry towards a more transparent future, the Interactive Advertising Bureau has been hard at work releasing specifications that help shed light on the programmatic buying and selling of ads. In 2017 it was ads.txt.

This year, it’s sellers.json and supplychain object. But the question is, what exactly do they do? We had a chat with Miguel Morales, CTO and Co-Founder of Lucidity, a technology company using blockchain to bring transparency to advertising.

AdMonsters: Alright, so what is sellers.json?

Miguel Morales: Sellers.json is one of the latest initiatives launched by the IAB Tech Lab in an effort to bring greater trust and transparency to programmatic advertising. It works as a json file hosted by exchanges and SSPs that lists that exchange’s sellers, their information (name, domain), and if the seller is directly or indirectly selling inventory for a publisher’s site.

With access to sellers.json, a buyer can find information about the final seller of an impression opportunity.

AM: What do you mean by “final seller?” 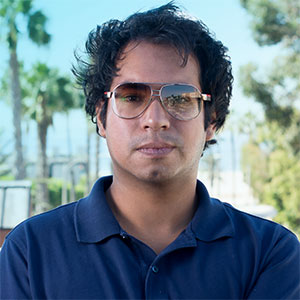 AM: Well, what if a buyer wants to know the identity of the other intermediaries involved?

MM: This is where the IAB Tech Lab’s other initiative supplychain object comes in. The supplychain object specification was released alongside sellers.json to allow all the intermediaries involved in the sale of a particular impression to be discoverable. It works by housing the identity of each intermediary in a “node” which consists of both the advertising system identifier (asi) and the seller ID (sid). The nodes are then chained together in the same sequence as the 4flow of payments for each subsequent sale and resale.

Taken together, sellers.json and supplychain object allow advertisers, publishers, and anyone else in the programmatic ecosystem to track which companies participate in the sale of media, and whether they sell that media directly or act as an intermediary.

AM: Wait – isn’t this what ads.txt does?

MM: Not quite, but it is similar. Ads.txt is the IAB Tech Lab’s transparency initiative from 2017 that increases visibility into which companies are allowed to sell a given publisher’s inventory. Specifically, it allows publishers to “publicly declare” or list authorized sellers in an easily updated and maintained txt file. (You can find out more about ads.txt here)

The main difference is that ads.txt is provided by the publisher and lists who is authorized to sell their inventory. Think of it like a whitelist. In contrast, sellers.json is a json file provided by the advertising platform – so exchanges and SSPs – that identifies the sellers it transacts with.

In short, ads.txt is a list of who can sell an impression. Sellers.json and supplychain object uncover who did participate in the sale of a given impression.

AM: Why does programmatic advertising need something like sellers.json and supplychain object?

MM: Programmatic advertising has become quite cluttered and murky in recent years. The automation of media buying has led to an increase in who might participate in the sale of an impression, but a decrease in transparency into who’s actually selling it. This has become a major problem, as advertising waste has skyrocketed and advertisers are often left with very little visibility into what’s causing it.

Knowing exactly who is participating in the sale of an impression helps advertisers avoid buying from shady sellers known for fraudulent traffic or content that otherwise wouldn’t be brand-safe. It also increases accountability and incentivizes sellers to act honestly and provide value, as they can no longer hide behind programmatic’s opacity.

In turn, it increases the trust advertisers have in the programmatic ecosystem, and in theory, should incentivize advertisers to spend more which should benefit everyone in the ecosystem – not just the buyer.

AM: Last question. What’s with these goofy names?

MM: So the names “sellers.json” and “supplychain object” actually aren’t as confusing as they may initially seem. Especially if you think about what they each do.

Sellers.json identifies the last seller of an impression in a json file.

And supplychain object identifies the supply chain of resellers involved in a transaction.

Thinking of it that way is also a handy way to remember what the specifications do.