During its short time bouncing around the ad-tech echoplex, blockchain has already run the full hype cycle: from “the next big thing” to “running joke” and now “potentially legit.” Tech startups are finally deploying actionable and scalable solutions to a variety of problems, meaning you don’t look hip at parties now when you scoff at blockchain.

One of those problems, of course, in transparency into programmatic processes and supply chains. The other week, blockchain startup Lucidity announced it was adding Ads.txt to the list of Confirmed Metrics in its campaign dashboard. Advertisers using this will be able to not only confirm the Ads.txt file, but verify it against the seller ID in real time. This is a crucial step that’s been left to post-campaign analysis, enabling scurrilous domain-spoofers and resellers to keep funneling in ad revenue.

I caught up with Lucidity CTO and co-founder Miguel Morales—who just happens to be leading a session on transparency at Programmania on June 3, part of the 2019 Ops NY conference—to hear more about Lucidity’s offerings, Confirmed Metrics, and the company’s recent “Transparency Report.”

GAVIN DUNAWAY: Lucidity is one of these blockchain companies? I thought that stuff was just hype! How do you differentiate yourself in the space and ensure clients you are the real deal? 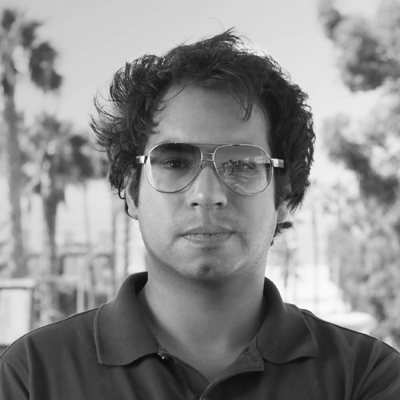 MIGUEL MORALES: It started with creating a product customers could use. Yes, there’s a lot of hype around blockchain, but we knew that wouldn’t mean anything without creating solutions that were applicable to the problems advertisers face every day. Rather than create a whole new ecosystem or network, we’ve focused on improving an ecosystem that already exists, and one that is in desperate need for the technology’s audit-ability and transparency.

Which is why we’ve always worked closely with existing industry bodies. Our work with the IAB launched our first series of pilot campaigns with big-name brands and agencies. We designed real-world protocols with feedback from the best minds in the industry. We focus on product and interoperability with existing systems such as OpenRTB.

While we do have an overarching vision, every step on the way is guided by a product with a strong value proposition. Addressing the scale, privacy, and cost challenges associated with blockchain has been crucial for our progress, and this type of innovation makes us commercially viable compared to the competition.

What are these “Confirmed Metrics” you offer—any of them I might recognize? You just added Ads.txt to the mix—why is that important as a metric?

Confirmed metrics are basically taking impression, click, video, and other data that happens within an ad creative and matching it with signals from the supply chain. Typically this means that the impression was acknowledged by the DSP and the Exchange.

By confirming metrics across the supply chain, we can identify broken connections, unveil any auction games, and any other sources of waste that cause advertisers to not get what they originally paid for.

Ads.txt is an important type of verification that publishers provide. We provide a way to consistently check Ads.txt across DSPs and exchanges. Ads.txt enables buyers to authenticate a seller representing a publisher by checking the publisher’s domain. This allows for the authentication of sellers without having to directly integrate with publishers.

The idea of Lucidity’s solution is to provide buyers and sellers the ability to consistently measure and authenticate data across their favorite DSPs, exchanges, and publishers. Furthermore, we provide information about the most direct route to a publisher to empower buyers to optimize their programmatic buys toward the cleanest and most direct supply chains.

GD: I was looking over your 2019 Ad Transparency Report—why did you guys feel the need to put this together? What finding most surprised you?

MM: The 2019 Ad Transparency Report was the culmination of our first series of pilot campaigns with the IAB. It was the first time the industry had seen blockchain-authenticated campaigns at that scale, so we wanted to be as transparent as possible and publish our findings.

With the ability to ingest data from deeper in the supply chain, we’re able to find patterns and validate things that either aren’t currently possible, or aren’t easy to do. The insights gained from discovering discrepancies between the supply chain, while not entirely surprising, were definitely the most exciting. We were able to drive better results for our clients by optimizing for publishers with less discrepancies and more confirmed metrics.

GD: You’re giving a talk at Programmania—one of the Monday, June 3 Ops NY tracks—called “Programmatic Transparency Is Only the Beginning.” Sounds intriguing, though I am biased. Can you give us a sneak peak without giving the game away? Why did you want to give this presentation?

MM: Sure—at the highest level, I’ll be discussing ways to shed light on the programmatic advertising supply chain that haven’t really been possible before.

I’ll give  a brief overview about the latest standards being released by the IAB including:

I’ll then explore some specific vulnerabilities in OpenRTB that aren’t solved by these new standards, but can be revealed and addressed in new ways. Finally I’ll explore how a shared ledger blockchain solves these issues and creates the programmatic dream: end-to-end validation and transparency.