In 2010, I was invited to a party thrown by that was pretty outrageous—the company had built lifelike versions of characters and objects from popular games such as FarmVille. Attendees drunkenly took selfies with plastic sheep and giant carrots. While I enjoyed ridiculous cocktails at this gaudy affair, I couldn’t stop thinking: Zynga’s business is all built off Facebook. What happens when Facebook switches up the rules to favor games built in-house?

Though Zynga made deals to try to prevent this from happening, eventually Facebook shuffled its weight and the game-maker suffered through several rounds of layoffs starting in 2013.

I felt like I was having a Zynga flashback when publishers like BuzzFeed joyously hailed how much revenue they were driving thanks to Facebook traffic. I knew it was a matter of time before Facebook put on the squeeze—and it’s been a long, slow one that’s only recently began to show its toll in publisher layoffs.

In the wake of damning reports of platform abuse by unsavory parties following the 2016 election, Facebook seems to have gone for the full choke: a major algorithm change that seriously downplays editorial-type content in the newsfeed. At least one pub has cited this algorithm switch as the reason for its closure, and publishers of all stripes are biting their nails when they think about their referral traffic.

There is a silver lining, though—Zynga seems to have rallied. In 2018, the company boasts more than 1,600 employees and net revenue of $741 million. Premium publishers can wean themselves off their Facebook traffic habit, but it’s going to be painful. Ops speaking alum and Dailymotion VP of Product and Partner Development Claudia Page has an insightful take on how publishers and other media companies can dwindle their dependence on the Duopoly in general, and how best to work with such platforms in the future.

Let’s start with something straightforward, and yet extremely confounding. At Recode’s Code Media, Campbell Brown of Facebook’s news partnerships team said if publishers don’t think Facebook is right for them, they shouldn’t be on it. But is that really an option? Can pubs quit Facebook?

CLAUDIA PAGE: If you look at the history of media, there have been a lot of evolutions, but the progress has also been incredibly cyclical. Back in the early days of the internet, portals like AOL and Yahoo were the dominant traffic machines to publisher websites—about as dominant as Facebook and Google are today. And yet, the publishers that endured and thrived understood the importance of owning their audiences, as AOL and Yahoo eventually lost their dominance.

BuzzFeed, The Huffington Post, and The New York Times are looked to as the prime case studies in how publishers can build audiences beyond the homepage via side-door strategies—marked by an aggressive use of social and SEO—and these strategies were made famous in our world via the Times’ 2014 Innovation Report.

There’s a big difference between having traffic and having an audience that trusts you and engages with your content outside of a feed.

While Pinterest is a platform, they also grew by cultivating communities around niche subject areas and using media aggregation to their advantage. Instead of simply targeting large lifestyle categories, Pinterest understood the power of owning smaller subsets within these categories, like “tattoos,” and becoming the de facto source for trusted content on niche topics.

The common thread with these examples is that these companies focused on audience development, rather than hitting traffic targets alone. There’s a big difference between having traffic and having an audience that trusts you and engages with your content outside of a feed.

With Facebook developing a point of view on the definition of quality news, the teams responsible for carrying out these marching orders are now focused on surfacing “broadly trusted” publishers. This will help Facebook change the conversation with publishers away from quantity and move the conversation towards quality. It may seem confounding that Campbell Brown, as head of news partnerships at Facebook, would suggest pubs shouldn’t be on their platform. But I think this is a clear message that Facebook wants publishers to focus on engagement, not traffic.

A blind reliance on a single platform to drive traffic is not, and never has been, an effective means for building audiences.

Because I’m a fogey who has been covering this industry for a long time, Facebook’s battle with clickbait and fake news reminds me a lot of Google vs. the content farms back in 2010-11—in both, actors were playing platform algorithms and controls to drive traffic to sites (that were potentially monetized by those same platforms). Do you see the parallels, and how do you think the two examples primarily differ? 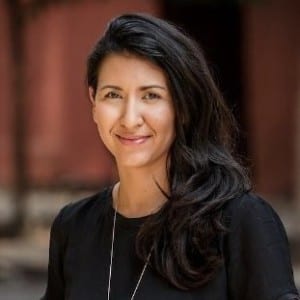 Going back to my earlier point, the evolution of media is cyclical. What we’ve seen, then and now, is a platform re-calibrating and correcting as media consumption increases, along with instances of people (or bots) gaming the system to their own benefit and to the detriment to the industry at-large. With Google and now Facebook, we’ve seen a loss of control, an admission of that loss of control, and now, steps to rectify it.

What’s different is that today the conversation about the ethics of these platforms has reached a higher order. When we were criticizing Google in 2011, we were largely discussing how click-farms were bad for our industry—bad for marketers, bad for publishers, etc. Today, these concerns go much deeper. They’re really about the kind of world we want to live in, and how we need to protect people—not just marketers and publishers—from malicious forces that threaten to abuse the platforms we’ve come to rely on to stay connected and informed within our communities.

About a year and a half ago, Dailymotion began to rethink its own place in the online ecosystem. The strategy shifted away from functioning as a massive pool of user-generated content mixed with professional content, to a highly curated, algorithmically-driven video platform in which we would help people discover the videos that matter. For us, this means focusing on premium content partners, nurturing discovery of new and trusted content creators and ceasing the monetization of UGC to protect our brand partners.

This is the first article in a brief series. You can find the second portion of Claudia and Gavin’s conversation here.