By this point, it’s pretty common for media companies to include podcasts in their bag of tricks. This is true regardless of what a publisher’s core competency is–podcasts are part of the mix even if the company’s roots are in print/text or broadcast/video. It’s easy to understand why: Podcasts are often inexpensive to produce, and relatively easy to produce even without deep experience in audio production. Plus, people like them–and media companies are in the business of giving their audience what they want.

But by producing and distributing podcasts, a lot of publishers are venturing into what they would consider uncharted territory. Monetizing audio streams comes with a whole set of UX concerns and technical challenges, many of which feel new and unfamiliar to publishers that don’t have a legacy audio presence.

For guidance, we turned to Brett Robinson, Senior Director, Ad Operations at NPR. He’ll be leading an attendee session at the upcoming Publisher Forum in Huntington Beach, CA (March 4-7–sign up and grab a seat while you still have the chance!), “Monetizing Podcasts 101.” Monetizing audio streams with UX top of mind is old hat for Brett and NPR. He took some time to offer some basic guidelines before PubForum. Join us in Huntington Beach to go deeper. 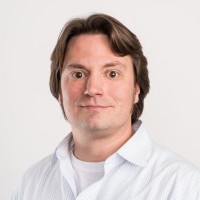 What were some of the top challenges you and your team had to work through before you started hitting your revenue goals with podcasts?

Early on, our biggest challenges were achieving scale and metric standardization. Initially, ad spending was dominated by direct response advertisers like Casper, Stamps.com, MailChimp and Blue Apron. Direct response sponsors were able to work around the difficulties and inconsistencies in measuring downloads by tying revenue back to spend using promo codes and vanity URLs in a way that big advertisers weren’t. The lack of metric standardization kept many top-tier advertisers on the sidelines while podcasting worked through the growing pains of a new medium.

Having been in the podcasting business since it began, we realized that to effectively monetize our shows, premium advertisers would demand transparency and consistency in metrics. This is why we’ve worked closely with the IAB and other premium publishers to develop a common standard around the definition of a download, so advertisers can feel confident that they are getting the same product whether they buy from NPR, WNYC, How Stuff Works, ESPN, or any other publisher. This standardization around methodology has helped the industry to breakthrough early advertiser hesitation and begin to gain the confidence of Fortune 500 clients.

While this has been a big step, we know the industry can go even further. At NPR, we’re actively pushing a new standard called RAD (remote audio data), that would move the billable ad unit in podcasting from downloads to completed ad listens. It’s going to require work from publishers, platforms, and ad tech to get there, but we’re hopeful that by 2019, podcasting will have the tightest ad metrics in the digital space… and the ad revenue will follow!

The podcast business has been built on the personal connection a listener feels with a host, and the credibility and authenticity that host has when they talk about a product.

Sponsorships are one common (and seemingly easy enough) way to monetize podcasts. What are one or two less-obvious methods/strategies that interest you?

Podcast listeners are some of the most loyal, passionate consumers out there. They feel personally connected to the hosts they follow, and they are willing to open up their wallets to support audio content in a way they might not be for written content. One popular strategy to monetize podcasts that we’re seeing is premium memberships, where a small monthly fee gets you access to perks that include bonus episodes, ad-free episodes and other exclusive offers.

Another key monetization strategy is live events. Fans are turning out in droves to see their favorite podcast hosts live in person, and popular podcasts are able to fill thousands of seats for a live taping (which they’ll then monetize  a second time by selling ads when they air it as a podcast episode).

What options do podcast creators have in the programmatic market right now? How do you see programmatic audio evolving in the near future?

There’s a lot of buzz right now around programmatic podcasting, and most of the major podcast ad servers now have a programmatic network for publishers to opt into. However, at NPR, we aren’t currently utilizing a programmatic partner, and we’d urge publishers to proceed with caution. The podcast business has been built on the personal connection a listener feels with a host, and the credibility and authenticity that host has when they talk about a product. The moment an overly commercial radio ad, or a product that doesn’t fit with a show’s ethos gets included in a show, that host’s credibility immediately starts to erode. While programmatic advertising will inevitably find its way into podcasting, we’re pushing for restraint while the industry figures out how to do it in a way that doesn’t compromise podcasting’s unique voice.