I was greatly saddened by the recent passing of Ursula K Le Guin, whose Hainish Cycle of novels and stories established her as one of the greatest science fiction writers. My favorite entry in the series is “The Dispossessed,” in which Le Guin imagines a functional, prosperous anarchic society on a far away world.

That novel was heavy on my mind during the Blockchain Xplore conference in New York at the end of February because there’s something intrinsically anarchist about blockchain. That’s not meant to be derogatory—the concept of the World Wide Web is pretty anarchic to begin with. (I’m also not the only one to notice the anarchy link with blockchain.) Blockchain’s decentralized power structure controlled by groups of stakeholders is aweing… As well as baffling.

But it’s the potential of the technology itself that keeps me fascinated. If you haven’t heard it said 8 million times now, blockchain is the technology that enables Bitcoin and other cryptocurrencies, but it can be mined (pun intended) for just about any industry. At its heart, blockchain is a radical way to store information—a ledger that is massively distributed and can be easily shared.

Blockchain Xplore kickoff speaker Yorke Rhodes from Microsoft noted many companies across a variety of verticals developed Internet-based systems for intra-organization processes and operations (Intranets, anyone?) before enabling technology on the open Internet. It looks like blockchains are being rolled out in a similar format.

So while blockchain is tied to cryptocurrencies in a lot of minds, companies are starting to examine blockchain’s tools for enabling transparency and trust at scale. #blockchainxplore18

So while blockchain is tied to cryptocurrencies in a lot of minds, companies are starting to examine blockchain’s tools for enabling transparency and trust at scale. #blockchainxplore18

As panelist and 2018 Ops advisory board member Trace Rutland of Tyson Foods pointed out, this could take away a lot of the pain and hardship of reconciliation. In addition, blockchains could be a huge boon to audience targeting and data-sharing efforts.

If blockchain technology levels the playing field of the audience targeting world, context becomes the once and future king. #blockchainxplore18

Taking that a step further, blockchain could be the key in enabling consumers to take agency of their personal data and truly use it as a currency to trade for access to media and other digital services.

or give control of identity and data back to the user. That would be more interesting imo

In the near term, what really excites me is how blockchains could completely disrupt the measurement space, particularly in regards to viewability, invalid traffic, and verification. Measurement companies in those fields are likely to lean to adopt or lean on blockchains in the next few years—blockchain is not about putting these companies out of business, but enhancing the services they offer.

Blockchain is not a competing tech against verification services—it will enhance verification. (After it disrupts the space…) #blockchainxplore18

However, we’re speculating a lot here, and many industry players will need to “buy in” for blockchains to truly shake up the measurement space. On top of that, many of the underlying mechanics of blockchain communities are confusing when it comes to transacting tokens and setting rules. I don’t know if “immature” is the correct way to describe blockchain in digital media, but for sure, it’s developing at a clip.

Which means publishers should figure out how to get involved—and surprisingly, there’s an easy entry point. As MetaX CRO Alanna Gombert put it, Ads.txt was the digital advertising industry’s gateway to the wider world of tokenization and blockchain. Many a publisher recognizes that their ads.txt file is horribly convoluted due to the simple nature of the solution.

Blockchain startups like MetaX have developed blockchain-based solutions for simplifying management of the files and ultimately demand sources. These are similar to the IAB’s Ads.txt update, yet more advanced and offering inroads to a blockchain-enabled future.

The Internet—and digital advertising in particular—has anarchy coursing through its veins. With its curious balance of chaos and progress, blockchain is another recipe in our digital anarchist’s cookbook. Publishers should throw on their aprons and pull out the mixing bowls—and possibly protective eyewear… just in case. 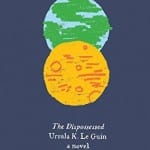 In “The Dispossessed,” protagonist Shevek rails, “Those who build walls are their own prisoners. I’m going to go fulfill my proper function in the social organism. I’m going to unbuild walls.”

I argue blockchain is a tool he’d approve of, particularly when it came to un-building walls around digital gardens.