The explosion in the blockchain-based marketing landscape over the past 18 months has brought an interesting dynamic to the already complex world of digital advertising. There has been a lot of hype, a lot of hot air, a lot of learning, and a few solutions showing early promise around this new and emerging technology.

Blockchain-based advertising solutions have presented bold visions that aim to prove that they can disintermediate, bring transparency to the supply chain, reduce fraud, and bring new opportunities to market. With much focus on the immediate problems that this technology aims to remedy, there’s a more fundamental shift taking place in the evolution of the web toward a new, user-controlled web3 Internet.

While the mechanics of web3 can induce short-order eye-glaze, the driving force behind this movement is to leverage blockchain technology to create an inclusive web where people are part of the value exchange and have control over their data and privacy.

While this may sound like a threatening proposition to marketers, there’s a real opportunity with web3 to refocus why and how we advertise to people. Something has been lost in the wake of the programmatic boom and dominance in advertising. In my own case, this became evident in the spring of 2014. The Media Ratings Council lifted their advisory on viewable impressions for display ads, and I had the opportunity to attend two large viewability workshops with publishers and advertisers in New York and San Francisco. Both workshops featured panel discussions with industry leaders, both including heated debate over whether or not the panelists cared about whether an ad had been “viewed.”

Somewhere along the way, as marketers and advertisers, we lost focus of the key value that advertising brings to the market.

Observing both panels in both cities on opposite ends of the country was a strong indicator in my view of just how far the focus had changed in advertising. I recall mentioning to colleagues that if we had polled people outside of the industry, asking if people would have cared if their ads were viewed, that most people would likely have said: “Of course, that’s the point!”

The transition to web3 provides the right ingredients for marketers to better match brands to people and has a verifiable source of truth through the blockchain to provide transparency, reduce fraud, and remove the need to rely on centralized data collection. We’re only at the beginning of this transition, which will likely take years to come to fruition.

With a single source of truth, imagine (and test in!) conditions where the focus moves away from chasing impressions, resolving discrepancies, treating people as targets, and moves more toward matching the right message and experience for brands directly to people.

By empowering people with control over their data, web3 delivers an opportunity for marketers and advertisers to restore trust and reconnect with people that they may have lost through the programmatic boom. It’s a win-win for all.

Most of all, web3 provides a refreshing opportunity for advertising to get back to basics and directly communicate the best message and offers to people that are interested and valued stakeholders in the experience. It’s an opportunity that I, for one, am really excited to be a part of and see unfold as more solutions move from early testing to releasing their offerings in the wild.

Catch Luke Mulks’ session, “When Blockchain Stops Being Hype and Starts Getting Real” at Ops June 4 in NYC, where he’ll discuss how blockchain can help brands build more direct connections with consumers while ensuring consumer’s privacy and control over their data and rewards for their attention, all while helping publishers find alternate revenue streams. 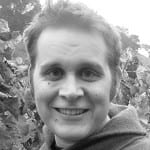 Luke Mulks leads the advertising business within Brave Software, and is a core member of the Basic Attention Token (BAT) team. Prior to joining Brave, Luke was the Director of Ad Products at OAO, where he handled ad product integrations and operations for OAO’s clients, including the NFL, Warner Brothers, Comcast, Tribune Media, and Google. Luke’s focus at Brave is to grow the advertising business, related partnerships, engage in industry initiatives, and contribute to the creation of new blockchain-based revenue verticals with the Basic Attention Token platform.