Federated Learning of Cohorts (FLoC) could be the way that interest-based targeting works in Chrome once third-party cookies are depreciated. The first test of FloC (called an origin trial) concluded July 13, 2021.

The origin trial ran in a limited number of markets including Australia, Brazil, India, Japan & the U.S. for ~0.2% of Chrome users. Beyond the small sample, the trial was unlikely to be representative of all Chrome users as it only ran in certain versions of the browser like Chrome Canary, which developers use.

Despite these limitations, as we have watched the trial unfold we learned a fair amount about how FLoC might work in the future such as how many cohorts there might be (34 Thousand), how many users would be in a Cohort (at least 2K Synced users) and how often the Cohort is calculated (every 7 days).

Of course, Google solicited feedback on how the system could be improved in the future.  They gave a topline overview of this during an Internet Engineering Task Force (IETF) meeting, and on the face of things these changes look small but they could be significant.

From Opt-Out to Opt-In

One of the big concerns about the FloC origin trial that ran in Chrome versions 89-91 was that sites that carried ads were automatically opted into the trial. Sites could opt out and some large platforms did notably, like Twitter and Amazon.

That was to be expected given these platforms compete with Google for advertising but to avoid further fallout sites will not be automatically opted into tests in the future.

Another concern raised by Mozilla was a highly valid one: That by combining information about a device and its settings with a FLoC ID, an AdTech business could narrow down a Cohort to very few people.

Google has suggested that as a remedy they might use a small list of defined topic groups (e.g. Arts & Entertainment) as opposed to 34K FloC IDs that could be observed in the origin trial. An approach with hundreds rather than thousands of groups obviously backs out to larger audiences making it harder to fingerprint devices.

The approach of having defined audience groups as opposed to Cohort IDs that AdTech makes sense of was informally discussed by industry experts prior to the FLoC origin trial.

Beyond removing a vector for tracking it would have the added benefit that a user would be able to understand what groups they were in. They could even take themselves in and out of these browser-based interest groups.

It sounds like this approach might give less scope for independent businesses to create products based on their understanding of what interests a Cohort ID has. If that is the case and interest groups do become somewhat commoditized this would perhaps benefit larger publishers like DPG Media (& others) who have a depth of first-party behavioral data that allows for a more nuanced segmentation, whilst of course allowing user privacy to be managed effectively.

Some have taken that Google is looking to iterate on FLoC as a sign of weakness or disorganization, others take a different view seeing it as positive that Google is listening and will iterate to better balance the interests of their users with the creators of the content their users consume.

Regardless of your view here you’re likely wondering what will the technology look like in future FLoC trials? The truth is we don’t know, but certainly many see Google’s recent comments foreshadowing a shift away from Cohort IDs. We should find out shortly, the final proposals for showing relevant content and ads should be ready for adoption in Q3 2022 and the transition period kicks off in Q4 next year.

But it is not just FLoC where Google will need to act quickly if they are to adhere to their current timeline, the Core Attribution API proposal may need to be refined in a very similar way once its origin trial ends and FLEDGE has yet to start its first test. The next 12 months will be very busy for Google and the industry at large as we finally get ready to transition away from third-party cookies in Chrome. 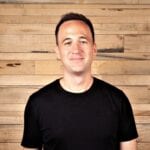