By now, you know that the Chrome third-party cookiepocalypse is staved off for at least another year.

The reasons are many …. CafeMedia’s Paul Bannister outlines how difficult it’s been to get the user-tracking alternatives off the ground.

This makes sense on some levels, as in our industry, buyers’ desires (and dollars) often drive some of the most disruptive shifts to the way things get done. (Remember everyone’s angst — and the ensuing product development chaos — surrounding the move to transacting based on viewability)?

But Google’s shift away from deprecating the 3P cookie is coming in the midst of regulatory battles around whether the company has undue influence over content monetization and distribution on multiple continents:

So while there’s definitely brand and media agency influence, might the timeline extension be part of a broader, long-term strategy to appease (or, potentially quash) some of the looming antitrust claims?

That question sparks another train of thought:

As regulators around the world become more cognizant of how Google’s decisions around search, data, and advertising impact everyone from media conglomerates to small and medium-sized businesses, to millions of individual users, they’re starting to hold the company’s proverbial feet to the fire.

But outside of a Spotify battle over the “Apple Tax” in the EU, and the Epic/Apple fight here in the States, why aren’t legislators doing the same thing to Apple, whose updated mobile OS essentially hobbles everyone else’s ability to target and run effective ad campaigns — under the umbrella of protecting user privacy?

Apparently, I wasn’t the only one who had that thought:

You’re right, Jay … And they’re not doing it for the publishers’ (or mobile app developers’ sake, either).

Perhaps Apple’s time on the regulatory hot seat will eventually come, and perhaps the various governmental entities around the world will rein Google in — but that doesn’t mean publishers can exactly rejoice. That’s the consensus from a few POVs gathered from around the industry:

“Publishers are fed up with these whipsaw tactics from the walled gardens/browser companies. In the span of a few weeks, Apple and Google have initiated and delayed major initiatives that directly impact how publishers will operate. This is exactly why publishers should have control of their destiny and need independent and open technology to create a fair value exchange for their content. Living at the whim of these walled gardens is the definition of insanity. It’s time for publishers to think beyond the cookie to create targetable, measurable audiences that provide revenue, increase yield, and preserve consumer privacy.” — Eric Wheeler, CEO, 33Across

“Given that this is the third major delay by Google, this is hardly surprising news. It simply underscores the difference between business models that rely on advertising – such as Google and Facebook – and those that don’t, like Apple. But, at the end of the day, this changes nothing for advertisers. Apple owns enough of the market that its new rules are the game we’re all now playing. Google is simply delaying the inevitable, but business owners don’t have the same luxury. The time to begin taking responsibility for managing your own data has arrived.” — Landon Ray, CEO, Ontraport

“Although Google’s announcement gives the industry more time, the clock remains ticking. This news doesn’t change how advertisers and publishers should approach a solution. Publishers still need strategies to develop closer relationships with their audiences to ensure advertising revenue streams in the long run. On the advertising side, they should keep incentivizing parties with sophisticated understandings of their audiences. This will create the sustainable ecosystem we need for the future: one that’s less dependent on the walled garden’s data monopolies.”– Dor Herskovich, VP of Revenue at OpenWeb

“We are not surprised by the FLoC announcement. That said, there’s a certain irony to the UK’s pressure on Google not to be too hasty in deprecating cookies since that’s where a lot of the anti-cookie privacy pressure came from in the first place.  Google wins either way.  We are still betting privacy will prevail, most consumers will not consent to cross-site tracking, and programmatic direct deal volume will continue to accelerate.  Technology will catch up to support both the programmatic ad ecosystem and consumer privacy in ways that benefit publishers and advertisers alike and prioritizes both above tech vendors in the food chain.”  — Doug Huntington, CEO, FatTail

Ultimately, the conclusion is that the cookie is still crumbling and maybe, the Apple is starting to rotten. That means pubs still need to work to build businesses that aren’t dependent on any one platform or technology paradigm. 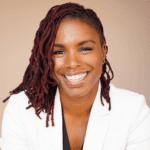