We’re all aware the digital ad marketplace is currently dominated by just a couple of massive companies–and you know exactly who they are. One evergreen issue for publishers is the question of how to navigate this dynamic: Working with Facebook and Google is practically a necessity, especially where distributing your content to new audiences is concerned. But you may find you have more control over your users’ data and your monetization methods through your own channels, or through your partnerships with other publishers.

I was talking with Tout Founder and CEO Michael Downing about this dynamic recently, and he suggested publishers should have additional options for bringing broader audiences to their video content. He told me publishers should take a close look at what Facebook and Google do well with video and try to replicate that experience elsewhere. That sounded to me like a pretty tall order, so I asked him to elaborate.

WITH THE SUPPORT OF Tout
Tout is the TV Network for the Internet. Tout is the only solution that delivers total video success for publishers by providing premium video content, patented, streamlined technology for publishing video and intelligent advertising solutions.

BRIAN LaRUE: Facebook and Google have scale in video beyond what publishers can do on their own. There’s the old line: “If you can’t beat ‘em, join ‘em” line. So why try to beat ‘em?

MICHAEL DOWNING: Over the last few years we’ve seen the acceleration of engagement and traffic on social, and declines across the distributed web. At a certain point, publishers have to tactically adopt some new method of competing with social platforms. Customers know they can go to social and get access to almost everything, packaged in a great UX, with no intrusive ad units delaying them, and custom configured for them every time they go back. That’s tough to compete with.

Publishers need to realize that their ability to engage a consumer in the instance that they visit the page correlates to their own business success. Publishers should think about it almost like ecommerce sites would—configuring the right content for the right user at the right time. Part of that has to do with user experience. Part of that has to do with understanding a one-size-fits-all approach to content delivers an irreversible decline. Part of it is being able to deliver the most relevant content, even if it’s content you didn’t produce—just like the social platforms do. Last I checked, Facebook does not produce any video.

BRIAN: I had seen this article on Quartz that argued that instead of “pivoting to video,” publishers should try to stand up to Facebook’s seemingly fickle practices. Why not do both? 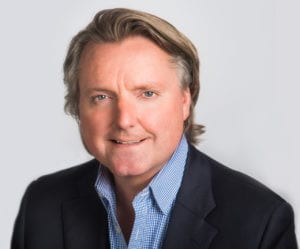 MICHAEL: If you’ve been around for the last five to seven years, you’ve seen a long string of projects that Facebook pushed onto publishers, and later decided weren’t going to work. Remember Facebook Connect? People spent millions of dollars trying to adapt to this new system, and then ripped it out. That was the end of a number of companies. Facebook puts publishers, game developers and app developers on the goat rope— they get you to buy into a program, do original development, invest time and resources, and then they pull back six months later.

BRIAN: What does Facebook do particularly well in video, as you see it?

MICHAEL: One, they have been successful at getting a diverse ecosystem of publishers and video creators to publish their video to Facebook. They’ve got everything from motivational videos to sports highlights. The second thing they’ve done incredibly well is user experience. It’s one of the more advanced and efficient ways to display video. The Facebook app drives the majority of video consumption on their platform, and the scrollable reality of mobile has proven itself. Consumers believe if they scroll something into view, it should be active and engaging. Third, if you click to turn the sound on, it puts you into this rich, personalized feed. You end up watching five or six videos per session, which is pretty amazing. And it doesn’t mess with the page you’re on—at any moment, you can just exit that video feed.

The combination of those three things—the rich selection of content, an unbelievably tight user experience, and this level of personalization—is driving lots of engagement.

MICHAEL: Publishers have to punch above their weight to provide a personalized experience to consumers. It becomes incumbent upon publishers to get out of this mode of showing every single user the same stuff. We all hear about artificial intelligence and machine learning. This is what that’s all about: watching overt and covert user behavior, modeling what you think will be the most relevant content, and configuring it on the fly based to the individual end user.

Most publishers are not equipped with personalization technology. But it’s possible to cross that bridge—there are tools out there that can enable personalization. And this is the direction content consumption is going, so it’s critical for publishers. The alternative, which no one is wildly fond of, is to rely on the social platforms as your touchpoint with consumers. There are some downsides to that—you lose control of your relationship with your consumer, and it impacts your ability to monetize tremendously.

BRIAN: When Tout was working on your video experience, what suggestions or feedback did you incorporate from publishers?

MICHAEL: We’ve tried to bring a high level of targeting and personalization to video, and to open up the video catalog to sources beyond your own video— and continue to generate revenue from them. Publishers want to maintain their editorial integrity within their pages. They want a consistent, but non-invasive way to bring relevant video into their environments. That’s especially requested in mobile.

Publishers generally want control over the monetization of video driven through their sites, whether it’s their own or third-party video. One of the big problems with Facebook is, you’re not generating revenue when you push to their platform. You can’t just sell preroll advertising. When you take a highly personalized video experience, and allow publishers to sell 100% of the ads against it, that’s the polar opposite of what happens on social platforms. It’s great to drive more engagement in video, but there’s got to be an equivalent with their ability to monetize.

BRIAN: Facebook can deliver very relevant video to users not just because of the volume of content they have, but because of user data. How can publishers compete with the enormity of what Facebook knows about the user?

MICHAEL: Obviously Facebook has a lot of social data: Who are you connected to? For us, the equivalent information we use to a personalized experience comes from over 100 million unique users per month across 3,000-plus sites. We see data around what content you’re interested in. You go to a page about the Dallas Cowboys game, or a page about the Fed changing interests rates. We capture the subject matter, genre or verticals that people engage with, in articles and videos. And we see the same people across all these sites, multiple times a month, so we get to see the patterns. That gives us a solid baseline to create this personalized experience.

BRIAN: Considering Google and Facebook’s market share, and publishers’ efforts to just hang onto a slice, where do you see the video marketplace heading?

MICHAEL: Google is positioned incredibly well to run the tables in video, because they have YouTube and AdX. YouTube has some brand safety issues for advertisers, which Google can work to overcome over time.

Facebook is at a slightly different stage. In a way, they’re almost like YouTube was in 2006. Facebook has proven that they can drive a lot of engagement. They have not proven they can put into place an economic framework that shares revenue with publishers and producers in an effective way.

One gray cloud hanging over both YouTube and Facebook is that some large content companies still resist distributing their video across those platforms. That’s largely out of a fear of losing control of their business, and losing control of their touchpoint with the consumer. If I were a publisher, there are two things I would be thinking: Is there a way to leverage the holistic publisher ecosystem to create the same kind of scale? And can I utilize that scale to drive meaningful revenue? I think that’s definitely possible, but it would require the user experience and KPIs around engagement be competitive with the big social platforms. That’s a huge challenge for publishers, as people implement video in a million different ways.

Going back to this notion of how you punch above your weight: One of the ways to do that is to band together with other publishers to get broader distribution than just your own traffic. You create a personalized, targeted experience based on the cumulative patterns across all those sites, and the content you offer to to the user is broader than just the catalog of video you’ve produced in the last week or so. If you can align those things, you have a non-social group that’s a viable competitor in the market.