Industry link-ups are key to survival in a time of fluctuation and persistent change. The Cynopsis 4th annual That Big TV Conference was where television industry thought leaders shared innovative solutions, ways to dodge the bullets facing the industry today, and how to stay relevant in an ever-changing ecosystem.

There was much to learn from many credible and seasoned ad tech professionals, advertisers, and publishers. Here are some highlights that stood out. 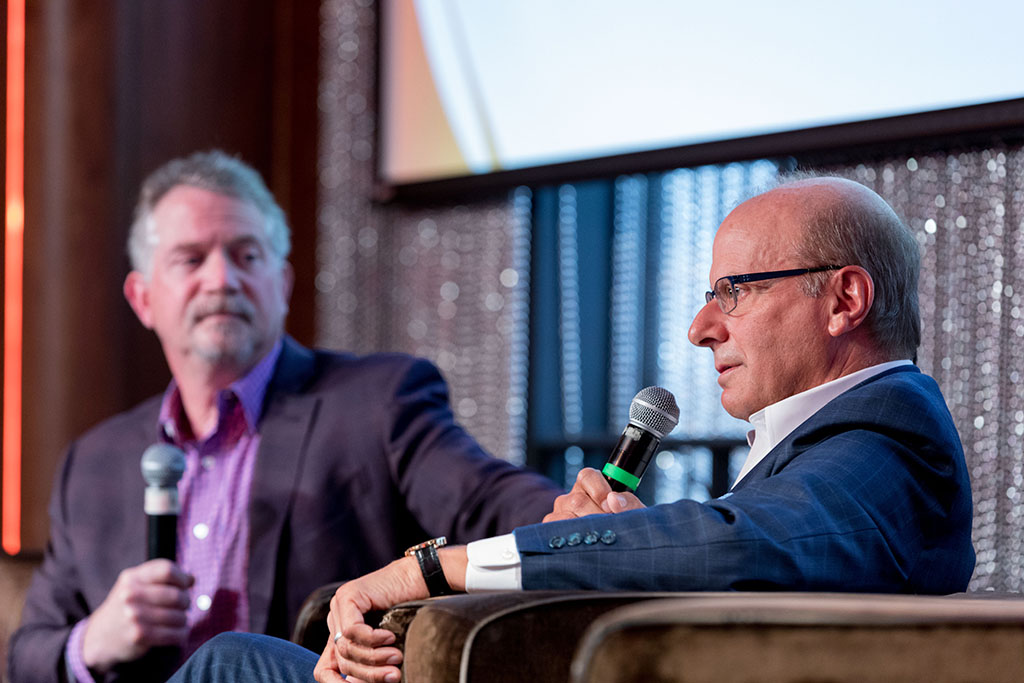 Keynote Jon Steinlauf, Chief U.S. Advertising Sales Officer at Warner Bros Discovery, emphasized the influence of Linear TV and highlighted that it is still in the lead. For Warner Bros Discovery, ad sales bring in about $10 billion in gross sales, of which around 80/20 linear to non-linear. When it comes to non-linear, less than half of it is streaming, including Bleecher Report, March Madness LIVE, and CNN.com, to name a few.

Regardless of the noise we hear from other publishers talking about dismantling their linear business due to “cord cutting,” Warner Bros Discovery is still looking at linear first.

“We think linear is really the primary focus of at least my part of the company, and a lot of the content people feel the same way,” Steinlauf said. “It’s $8 billion on the ad sales side, and it’s about as much or a little bit more on the distribution side because of the sports rights, the sports fees, the CNN fees. We think of that 80 million home sector of the country that has the bundle, we think of them as our best customers, and we’ll never take our eye off that ball.” 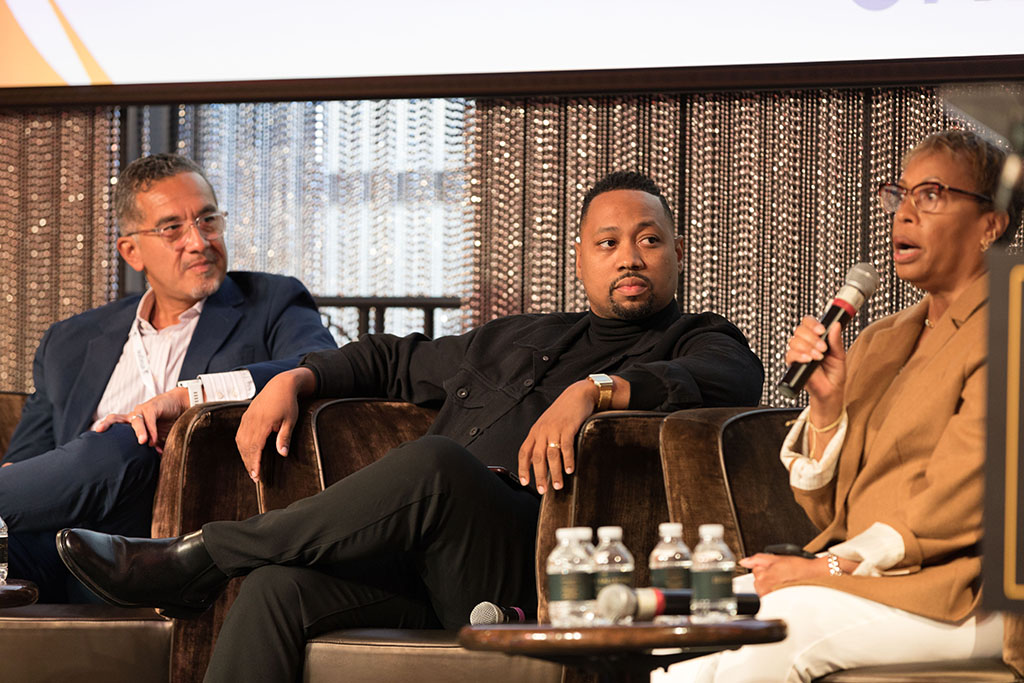 In 2022, multicultural ad spend is still not where it needs to be, and it seems there is a long way to go before some advertisers see its value. For example, Byron Allen’s Allen Media Group is suing McDonald’s for racial stereotyping in advertising spending, and he’s promised to sue more companies to level the playing field if necessary.

Executives like Royal Jackson, CCO of Impact Network, Rori Peters, SVP of Content Distribution & Marketing at TV One, and Fernando Romero Head of Ad Sales at Fuse Media, are true game changers at their outlets. They explained how investing in these audiences is crucial to advertisers’ bottom lines.

Here are two big reasons to invest in minority-owned outlets from their perspectives:

Some advertisers are already seeing outstanding engagement with multicultural audiences and investing in minority-owned media companies because the audiences are so loyal and are much more likely to take action on relevant advertising.

Investing in minority-owned media shouldn’t be viewed as a one-off buy but as a mutually beneficial partnership. The multicultural audience has a total of $5 trillion in buying power, with $1.6 of that represented by the African-American audience alone. That’s 9% of the nation’s total buying power, so that’s nothing to sneeze at. Minority-owned media outlets are looking for a sustained commitment, and rightfully so. 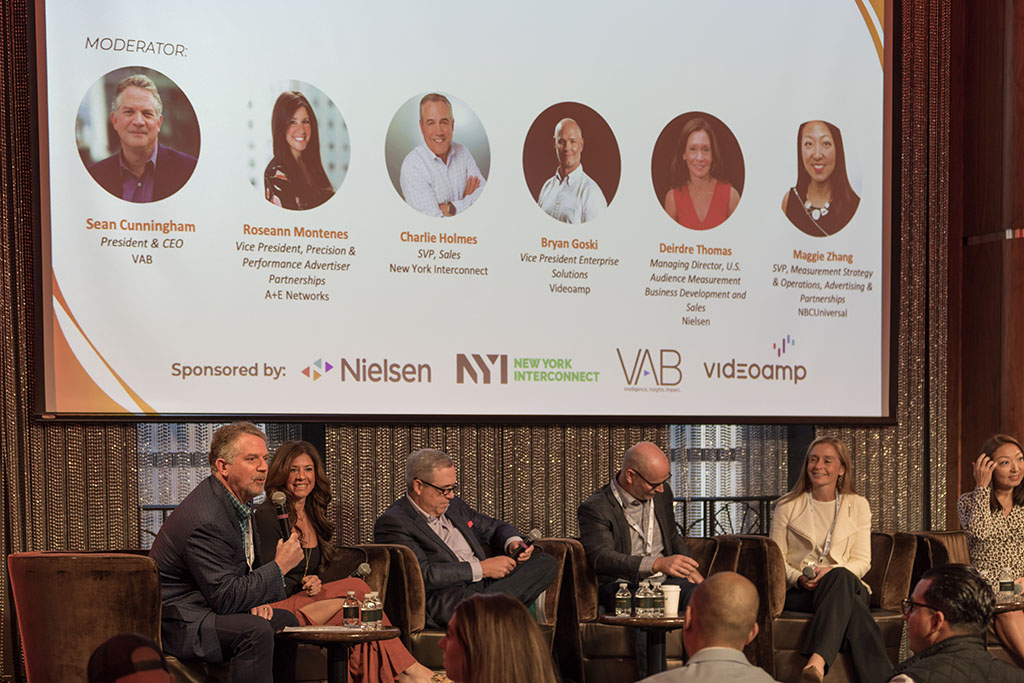 Measurement and currency are not interchangeable, but the magic is found in speaking about both in the same language, or “love language,” as Roseann Montenes, VP of Precision & Performance Advertiser Partnerships at A&E, would call it. Here are three findings about cross-platform TV measurement from publishers actively growing their ad tech businesses in those areas. 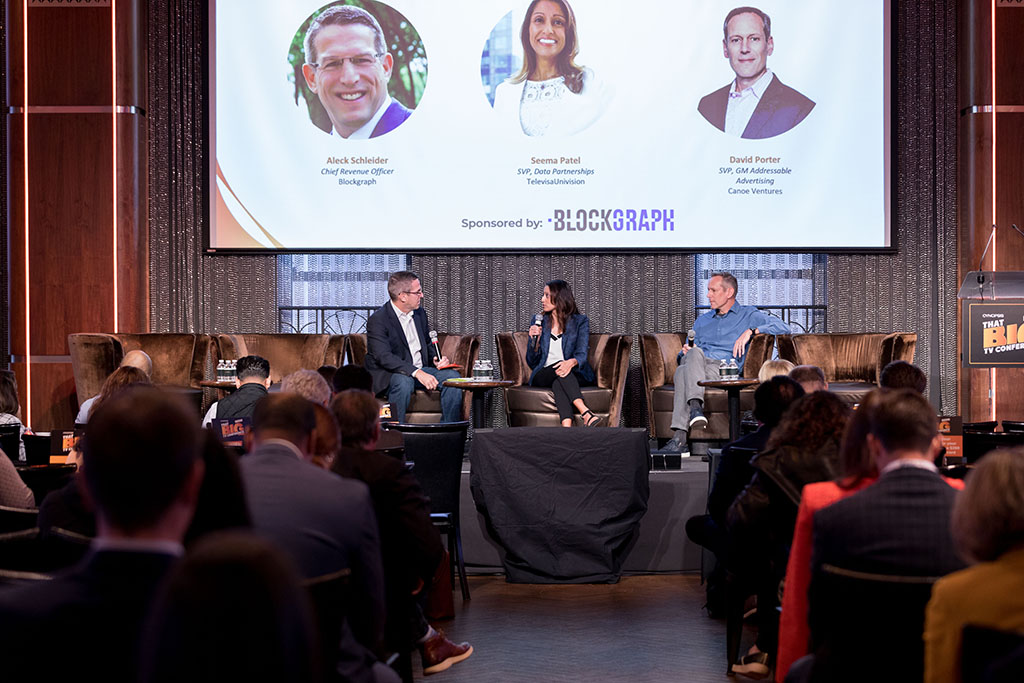 These days identity plays a significant role in today’s dynamic TV advertising landscape thanks to the growing use of first-party data. Seema Patel, SVP of Data Partnerships at TelevisaUnivision, provided great insight into what her company is doing in that regard. She examines how identity is very effective when used correctly and in a privacy-first way. 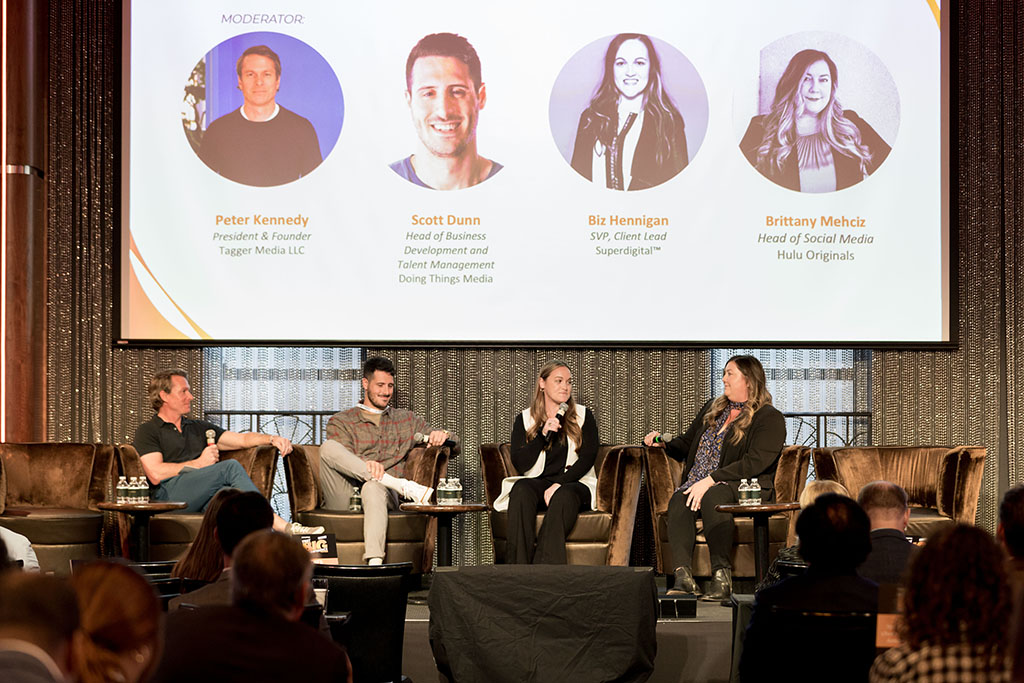 TikTok hit the ground running, even before the pandemic turned everyone into avid watchers of short-form video. Publishers need to wake up, smell the coffee, and stop sleeping on TikTok’s capabilities for growing traffic and audience consumption. For example, Brittany Mehciz, Head of Social Media at Hulu Originals, pointed out a time when the social media platform boosted its subscribers out of nowhere. It started with the Hulu original “Run,” starring Sarah Paulson from “American Horror Story.” The film premiered in November 2020, but a viral TikTok from March of this year made the film pop.

“That film popped on TikTok, and it was like a pivot,” said Mehciz. “A year and a half later, we traced it back to a TikTok where someone was just taking a video recording of their laptop watching “Run” and just had quick commentary. That drove subscribers for the week like crazy a year and a half later. So I think that’s a great example.” 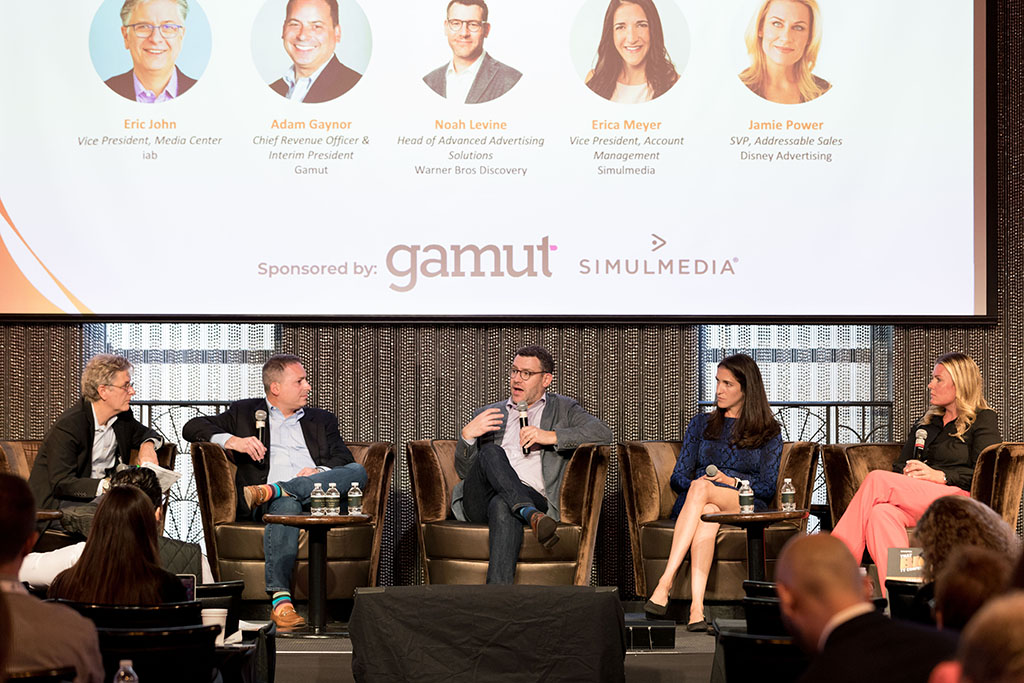 The Power of addressability in media is undeniable. Noah Levine, Head of Advanced Advertising at Warner Bros. Discovery, called addressable “synonymous with audience targeting.” Jamie Power, SVP of Addressable Sales at Disney Advertising, emphasized how important it is for publishers to share as much data as possible.

“I think the agency buy-side tools are built on the legacy thinking in a world that streaming is now a part of linear,” Power stated. “Newer metrics are essential because they show advertisers how you are reaching and how efficiently you are reaching them, and what’s this myth of linear versus streaming, and how do you mix the plan.”

It’s all about how we enable audiences with the most scale, and clean rooms have been a way that Disney has allowed that. We see this through their recent partnership with the Trade Desk, in which they have a clean room that is accessible, so if the Trade Desk needs to reach audience X, Disney does not need to know who that is. Yet, they can activate that audience format.

7. Gaming Publishers Have the Power of Linear 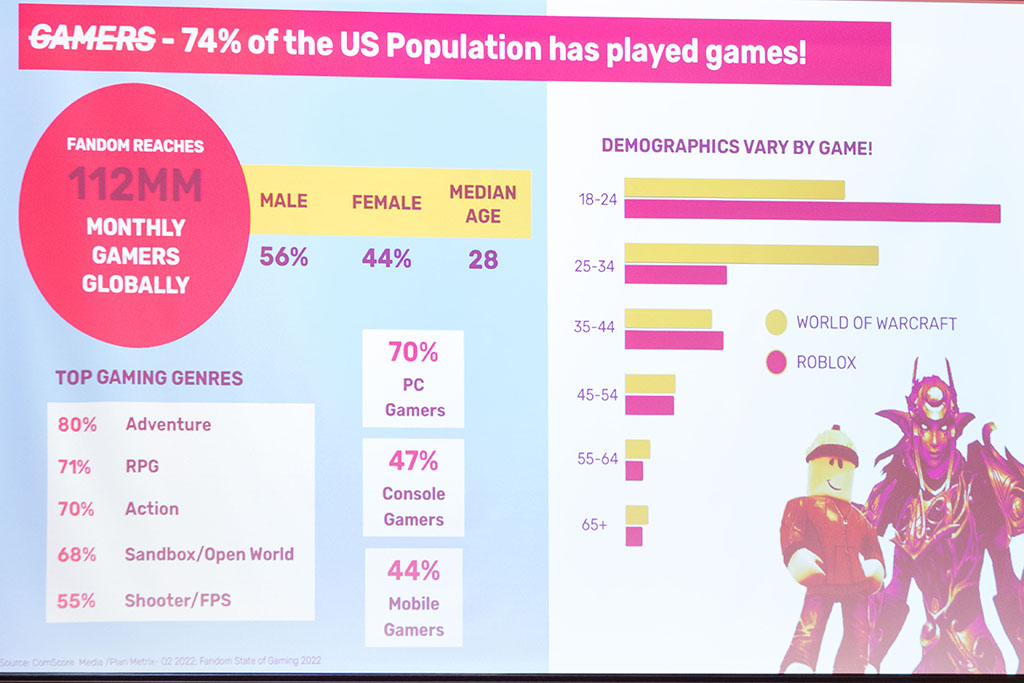 The gaming industry has been on the up and up for some time now, and gaming publishers are beginning to see the value in what they have to offer advertisers.

8. Driving Revenue in the Cross-Screen Era 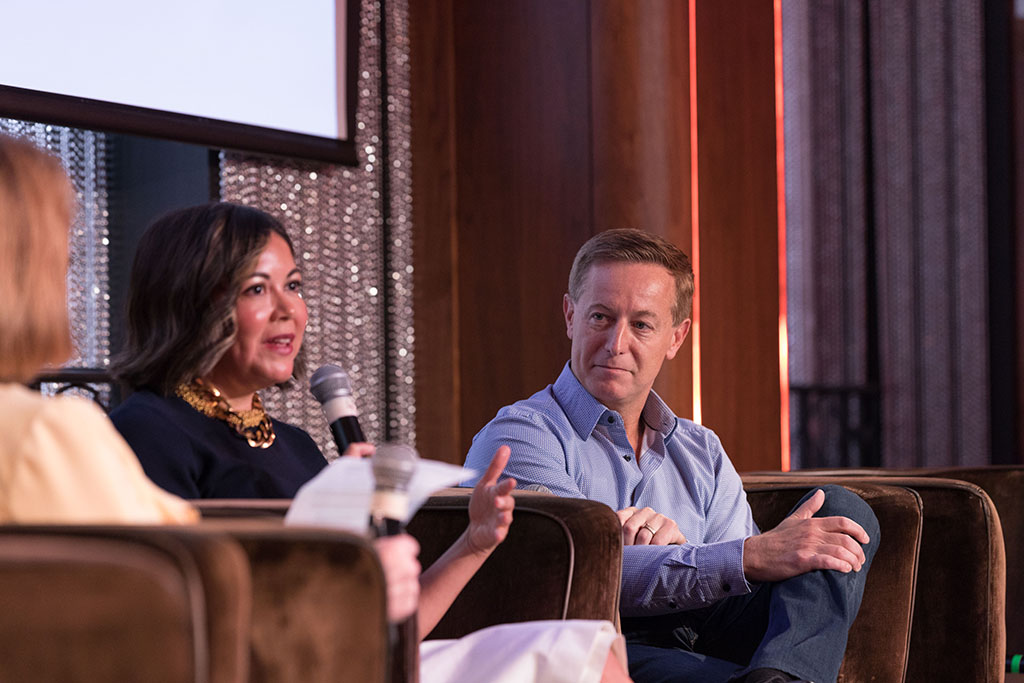 Currency isn’t just about counting, and when it comes to measurement, there is undoubtedly more than one way to skin a cat. We know that both are very important to the role of future TV. Andrea Zapata, EVP, Head of Ad Sales, Research, Measurement & Insights, at Warner Bros Discovery, and Sean Muller, CEO & Founder of iSpot.tv focused on why and how publishers can make the most of both.