Understanding the media habits of the youth has been a cottage industry for as long as mass media has existed. If “what the kids are into” seems like a more challenging proposition than ever, maybe that’s because you’re getting old, and maybe that’s because so many new digital channels keep popping up, seemingly to serve the demands of young people. It’s easy to get hyperbolic about it all. (Did you know the average Gen Z person is active on five social apps per day, three of which you’ve never heard of and two of which haven’t even been invented yet? No, you didn’t know that, because I just made it up. But if you’re in media, you’re familiar with that kind of banter. If we really want to understand young audiences, we need to cut out the speculative, anecdotal white noise and look at firm, quantifiable insights from people who are involved with that demographic on a day-to-day level.

This is why AdMonsters roped in Sweety High CEO and Cofounder Frank Simonetti to give the Tuesday, March 6, morning keynote at the upcoming Huntington Beach Publisher Forum. Sweety High’s audience is made up of the young people, Gen Z users, we speak of—they come to Sweety High to entertain themselves and learn, and Frank has been involved in every key aspect of Sweety High’s business. He’ll tell us more about what this audience is like, and how they connect with media and advertising, in his keynote, “Connecting With the Youth.” But for now, he’s answered some questions to give us a taste of the main course. 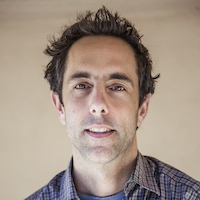 What are some important characteristics of Sweety High’s audience? How are they different from and similar to their peer group as a whole?

Sweety High’s audience primarily consists of tween and teen girls. Given Gen Z’s strong influence over household spending decisions and cultural influence, they’ve become a major priority for brands and advertisers. We understand that tween/teen girls are powerful tastemakers, and Sweety High has been directly engaging with and learning about this audience for over five years. Unlike previous generations, this audience has grown up and relied on smartphones for almost all their interactions. With this generation carrying their own computer and search becoming ubiquitous, we believed starting a vertically integrated media company would be the best way to engage them. Through our constant interactions across channels, we can stay on top of culturally relevant touch-points and deepen engagement with our audience.

Where on social media do you find Sweety High’s audience, and how do you address them on those platforms?

The strategies critical to attracting and retaining Gen Z (a post-cord-cutter, post-TV, social, mobile, digital-only demo) required that we live and breathe the culture by having a two-way relationship with them. We knew from the outset that this relationship would extend beyond SweetyHigh.com to include the social platforms they frequent… which includes them all. Gen Z toggle between three to five platforms daily. Instagram is their number one, followed by Snapchat and musical.ly, with Facebook still very much in the mix.

How would you describe your audience’s wariness or receptiveness to being advertised or marketed to? How do you work with your advertisers to address those attitudes?

Gen Z is incredibly savvy about their interactions with brands, but they’re not closed off to those interactions. The three pillars marketers need to respect are relevancy, value and authenticity. Gen Z consumers are willing to engage with brands as long as it’s done in a genuine and relevant way. Brands have turned to Sweety High and our creative team at Extra Credit because we provide compelling digital content, talent, strategy and data and use these tools to bridge the divide between brands and Gen Z. We know what makes this generation tick, and can create specific, creative content that is compelling and impactful for these young girls. For example, take influencer marketing. At Sweety High we’re very mindful of pairing brands with the right talent, ensuring that both the alliance and the message feels organic. The storytelling that delivers value will gain their attention—teach them something, share something they’ll want to share forward.

Media folks love making blanket statements about young people. Have you heard any that you believe to be off base?

“No one under 21 reads [articles], they only communicate through images:” Image and video-heavy content are no doubt the leading format for Gen Z, but it’s shortsighted for marketers to disregard the impact that articles, for example, can have. SweetyHigh.com has experienced a 17 percent YOY increase in page views to editorial features, namely to article-based content.

“Kids have no value until they get a credit card:” Gen Z represent roughly $600 million in consumer spending, a significant portion of which includes the influence they wield over family spending. More and more parents defer to their kids when it’s time to plan a vacation or purchase a new household device.

“Teens are early adopters:” Their adoption of a new device, app or feature functionality is tied to accessibility and utility. They’ll be asking: “Does this new device fill a need I have?,” “Can I use it for free?,” “Are my friends using it?”