As loath as I am to surrender to the “Year of” superlative in the digital advertising space, it’s quickly looking like 2019 is the year of connected TV. Talk at both AdMonsters Ops and Cannes Lions were dominated by the subject, and a new report from advanced video ad server Extreme Reach suggests that nearly half of all video moving through its platform is headed to connected-TV devices.

Analyzing first-quarter 2019 data from its multipurpose video delivery platform AdBridge, Extreme Reach reports that CTV impressions grew 60% year over year from 31% to make up 49% of the whole. 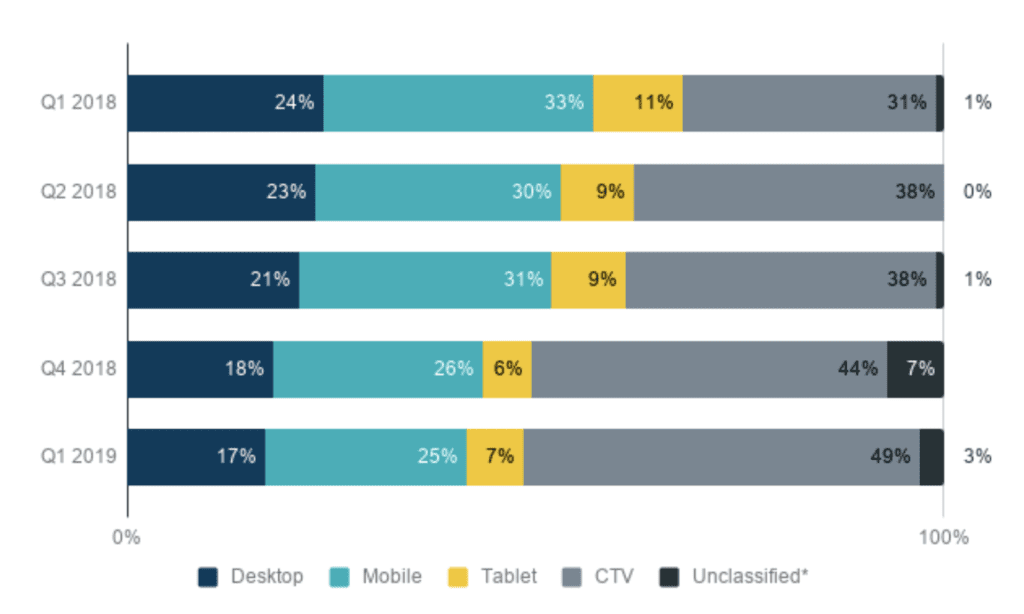 This is a big switch from the same report from a year ago where mobile was the rising star at 33% of total impressions and excitement was growing around 6-second video. Mobile’s impression share fell to 25% while 6-second creatives format slipped from 3% in Q1 2018 to 1% in Q1 2019.

The 30-second spot is back, baby—the tried-and-true format of linear TV represented 69% of all impressions, beating the champion of Q1 2018, the 15-second impression. Interestingly enough, 60-second creative witnessed a fivefold increase… to 3% of all impressions. Not a mind-blowing share, but the growth is impressive enough that Extreme Reach sees the trend extending—possibly even to 2-minute ads, which registered 0.1% of impressions. 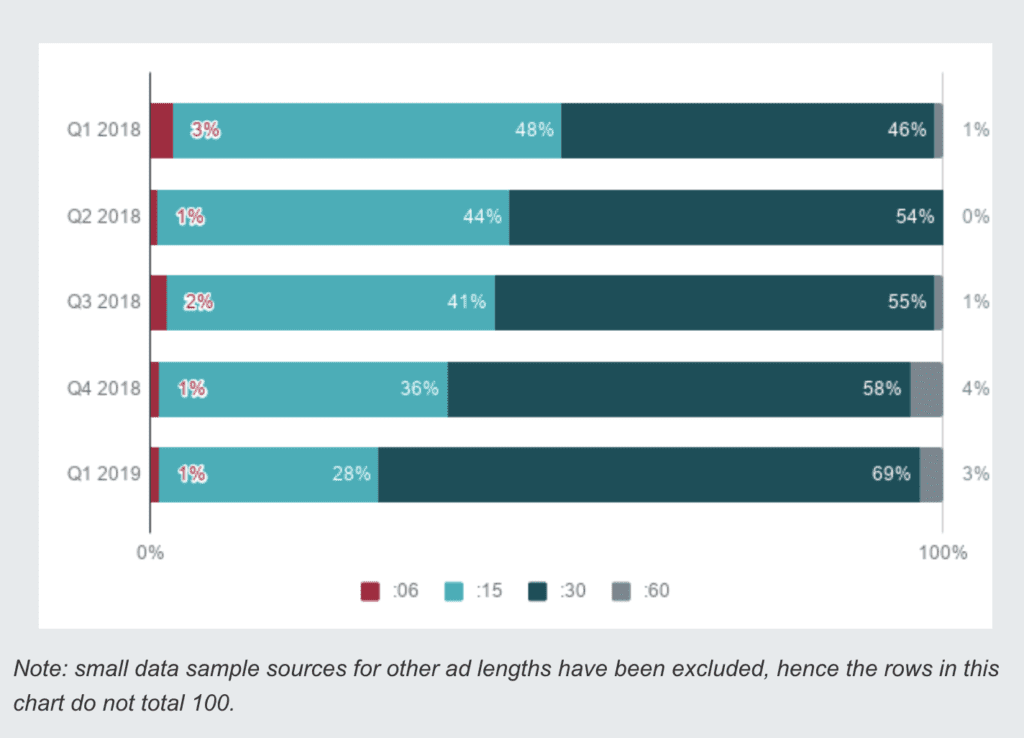 Certainly with advertising-supported video-on-demand (AVOD) gaining popularity, it’s not hard to see a 2-minute video ad serving as a sole-sponsorship “pre-roll” for content like feature films. Hulu has experimented over the years incentivizing users with a commercial-free viewing after watching a single long-form ad. 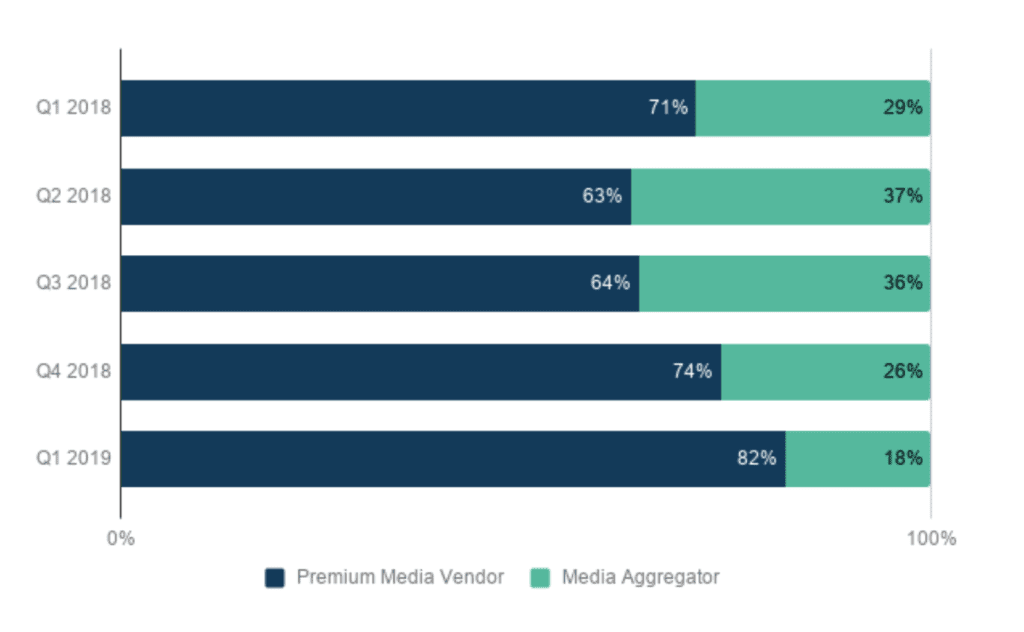 But the graph above suggests the makeup is still radically swinging—I wouldn’t be surprised to see a completely different look as smaller content producers (you might call them long-tail) increasingly distribute and monetize their content via aggregators. After all, that’s one of the biggest programmatic opportunities in CTV.

There’s far more in the full report, including in-depth data on IVT and viewability. But it’s hard to ignore the top-line message: CTV has come into its own, and looks like it will soon dominate digital video advertising.