Now with Google’s move to first-price auctions and more investment coming into programmatic direct, a publisher’s opportunity to increase revenue and optimize yield is only growing. But there’s one revenue opportunity that publishers often overlook—and that’s their email newsletters.

I recently caught up with Craig Leshen, President of OAO to talk about the state of programmatic, the newsletter advertising opportunity and more.

When two digital media vets like us sit down to catch up, it’s not hard to find ourselves comparing the early days to today and even the future. OAO works with many, many publishers and so I always value Craig’s perspective on the state of things. Here’s what we discussed.

WITH THE SUPPORT OF OAO
OAO is a full service, ad operations agency that can provide managed services and professional services.

ROB BEELER: Craig, too many places for us to start if we’re going to talk about the state of ad ops/digital advertising, but let’s pick one: Programmatic. It can be a headache to manage as there are a wide variety of ways to utilize it. Is this whirlwind going to get better anytime soon?

The shortest distance between two points is a straight line, and the programmatic path we’ve been on for the past decade has been FAR from that. There are lots of ways to work with it, and a wide variety of ways to deploy it. Publishers want to make as high a CPM as possible for their inventory while getting the appropriate amount of exposure (not too much, not too little) while minimizing, or even removing any heavy operational lifting.

Pencils have erasers for a reason; it’s hard to get it right the first time, and it’s hard to know which methods and technologies to utilize. The good news is, it looks like we’re finally getting there as an industry… or at least, seeing some real progress that’s getting us closer to where we need to be.

RB: Closer to what? What’s the goal? 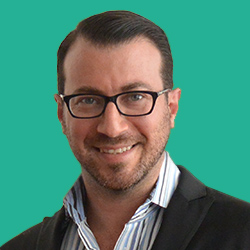 CL: The goal of having your bid request seen by all possible buyers is now closer to reality than it’s ever been; deploying AdX, with several Exchange Bidding (EB; name recently changed to “Open Bidding”) sources, along with multiple demand sources via header bidding (HB), gets publishers close to their desired level of exposure.

It can still be labor-intensive and, in some cases, cost-prohibitive, to deploy HB, so some publishers will just go with AdX and EB—and in some cases just AdX. AdX still has the biggest universe of buyers, and deploying it with EB helps to increase the publisher’s eCPM, as the bids coming through from EB will either win or push AdX buyers to spend more to win the bid. Deploying HB with AdX+EB helps to increase eCPMs even more.

CL: Google’s move to first-price auctions will help publishers using AdX even more. Sure, buyers will adjust their methods accordingly and rates won’t skyrocket—that wouldn’t be sustainable—but it still should help publishers earn more for their inventory, and help the small to midsize publishers alleviate the need to spend more on deploying and managing additional programmatic platforms.

Depending on how the move to first-price auctions actually pans out, AdX+EB might actually be enough for most publishers, slowing the growth of new HB users.

RB: Okay, so that’s the state of things with programmatic. Where do things stand with direct media buys?

CL: We expect to see more programmatic direct campaigns come through as agencies continue to push more media dollars in that direction. Having said that, the demise of non-programmatic media buys is not happening anytime in the near future.

Non-programmatic ad campaigns are still very much a thing…big time. We, as an industry, might be seeing less of it with smaller publishers tending to rely more on programmatic, but midsize and large publishers, brands (regardless of size), niche publishers, and others, still have plenty of non-programmatic media buys coming through.

At OAO, we see it every day, and our trafficking teams are busy 100% of the day, both handling orders which are directly trafficked into the publisher’s ad server, or working through order management systems.

RB: I would agree 100%. Publishers are pushing on all fronts—programmatic, direct, and programmatic direct—all the time. Is there an opportunity that you see them currently overlooking?

CL: There’s a major revenue opportunity that publishers don’t always utilize to its fullest potential: newsletter advertising. They’ve built up their subscriber bases, they’re sending them newsletters on a regular basis, they’ve done the work to ensure their users are both opening and reading them, and they’re probably already selling sponsorships by placing an ad in the newsletter or are sending out an entirely customized advertorial newsletter. There’s even more untapped opportunity in this space, and there’s an operationally efficient way to capitalize on it.

For a long time, publishers would target ads to their newsletters using Google’s Ad Manager (AM). They were able to both serve the ads and report on them using the ad server. When Google sunset the ability to do that, OAO’s publishing clients needed to figure out an alternative plan to preserve their newsletter ad revenue.

Signing with another ad server to support their newsletter advertising business was one possible path, but that would mean trafficking ads and reporting in a different system, and then combining reporting data from multiple systems (newsletter ad server for newsletter ads, and AM for desktop, mobile, video, etc.) when providing their advertisers with post-campaign reports… And then supplying their billing team with the proper information for invoicing their advertisers.

Long story short: far from operationally efficient, without even mentioning the learning curve for working with other systems.

For a long time, publishers would target ads to their newsletters using Google’s Ad Manager (AM). They were able to both serve the ads and report on them using the ad server. When Google sunset the ability to do that, OAO’s publishing clients needed to figure out an alternative plan to preserve their newsletter ad revenue.

To address this area of opportunity, we built OAO EAC (Email Ad Code). With our first iteration of OAO EAC, we enabled publishers to continue serving sponsorship ads targeted to newsletters within AM. Several releases later, publishers who use OAO EAC can now also target their AM Audience data, apply-geo targeting, deliver ROS campaigns, house/marketing ads, and even programmatic ads.

We’ve also partnered with outside sales firms who specialize in various types of ad sales, one of which is newsletter advertising, to further increase revenue. All in all, OAO EAC is a win for the publisher on many levels.

RB: It’s surprising how something like newsletters, which have been around for as long as I can remember, have so rarely had a seat at the table.

CL: Newsletters have always been valuable, as users are engaged when reading newsletters they’ve subscribed to, but they’ve often been overshadowed by other ad types. Now, ad technology has improved to the point where newsletters can be involved in a wide variety of media buys. It’s a terrific way for publishers to grow out their ad business.