While it may come as no surprise that Google AdExchange generates the most programmatic revenue for U.S. publishers, when it comes to the battle between how much revenue is generated from client-side vs. server-side, we can pretty much call it even-Steven, according to a new report from Roxot called US Publisher Programmatic Revenues 2019 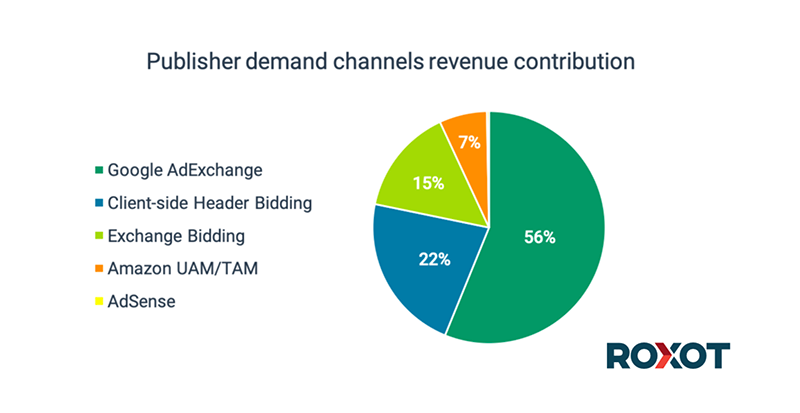 Given the distinct nature of each, this may come as a surprise for many. On one side you have client-side header bidding’s multiple bid requests and latency and browser compatibility issues, but higher RPM (revenue per mile) because of cookie matching to an actual user. And on the other, you have server-side header bidding’s one bid request to the ad server, reduced latency, and scalability allowing for an increased number of bidders, but yet a lower match and bid rate, since the request is sent to the SSPs, DSPs, and Ad Exchanges from an external ad server and not from the user’s browser.

But in fact, when it comes to header bidding—both client-side, via implementations like prebid.js, and server-side, via such implementations as Exchange Bidding and Amazon UAM/TAM—are estimated to generate an almost identical percentage of programmatic revenue at 22% of total each, according to Roxot’s report.

Also of note, while Google’s Exchange Bidding has the biggest share of overall server-side impressions at 70%, Amazon’s wrapper generates only 6.6% of total programmatic revenue, although more than have of publishers use this implementation. The difference between generated revenue and adoption level can be explained by the size of the publisher using the wrapper. Amazon tends to attract smaller publishers, while EBDA is used by larger publishers. Roxot expects server-side adoption to grow as more GAM users get access to EBDA.

Leading SSPs in the Battle Between Client-Side vs. Server-Side 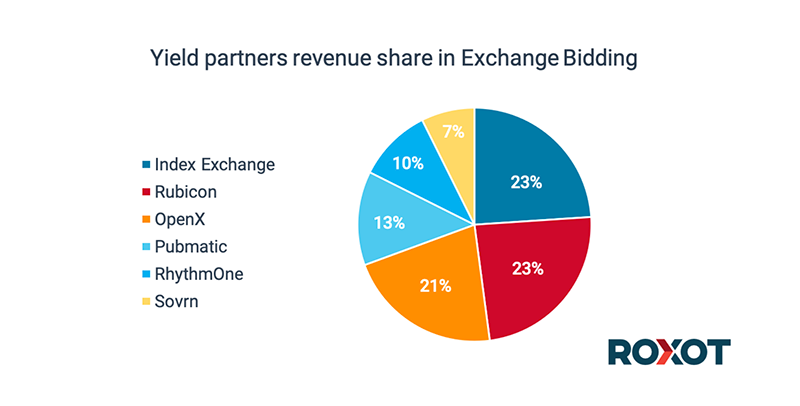 There are many other interesting revelations in the report, that was based on Roxot Prebid Analytics for Publishers and Roxot Revenue Lift data from more than 7 billion display ad auctions for the US users on both Desktop and Mobile devices collected from March 1st to May 31st, 2019.