Yield strategists… Are they actually sorcerers? Because bringing together a slew of seemingly disparate revenue channels while also breaking them into functional units in order to optimize revenue sounds like some kind wizardry beyond the realms of science.

Impossible, you say? No, it’s not magic, Operative CEO Lorne Brown explains in this preview for a June 7 OPS NYC panel examining the yield curve and how time-based transactions fit into its ever-shifting arc. Brown argues that bridling the yield curve requires not just a refined toolset, but also a gathering of strategic minds.

GAVIN DUNAWAY: In the simplest terms, what is the yield curve and why do I want to embrace it?

LORNE BROWN: A publisher’s greatest asset is their ability to sell one audience across multiple channels. The “yield curve” is the chart that shows how much the publisher can earn per impression across those channels, with the goal of moving impressions “up” the yield curve to higher priced tiers.

Buyers are starting to get really smart and doing their own version of yield management, seeing where they can get the most valuable inventory for the lowest price. Publishers need to do the same thing in reverse – bringing their different channels like programmatic and direct under one strategy to maximize their return.

The yield curve coming together means coexistence where things didn’t coexist before—linear and digital, direct and programmatic, on- and off-platform. Publishers need to fill each one of those buckets up with the highest-paying clients for the least amount of impressions.

WITH THE SUPPORT OF Operative
Run a more profitable advertising business.

BRIAN LaRUE: How can a pub break one revenue channel into multiple pieces without ending up with more silos and more channels?

LB: Being able to break up different buckets of inventory to maximize yield requires a certain level of organizational maturity, data analysis and resources. You might add private marketplace deals or be part of a co-op with other publishers. To avoid additional silos, you need to create logic across your operation that allows campaigns to be placed fluidly.

Let’s separate pre-sales and post-sales opportunities. For pre-sales, publishers could focus on buyer behavior to understand where advertisers want to be and where they might be getting a deal by using a lower yield channel to reach a certain audience.  A way to break up post-sales yield would be to create logic to serve as few impressions as possible to meet a particular campaign goal across channels.

BL: Can you tell me more about how you would recommend automating this in a sensible way for pubs? 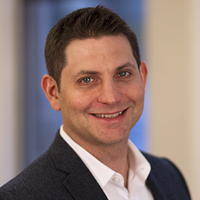 LB: When RFPs come in, sellers want to know how much inventory is for sale. If they’re not set up with a system that helps automate this insight, they have to go to an inventory team that uses a spreadsheet. Sometimes that can take a few days or even a week. More often than not, the seller just sticks a number in that they think is right, to get the deal done, and ultimately they oversell it or they undersell it.

If I’m a big media company and I have 200 sellers, every seller can do about five deals per month. That’s 1,000 orders in a month. Each line item in an order has maybe 20 lines in it. That’s 20,000 lines. Each line has about nine data points. All those data points have to be re-keyed into my ad server, into my billing system, into a spreadsheet so I can do campaign management. A lot of companies have a one-to-one sales ratio to ad ops, which is mind-blowingly expensive. All they’ve done is thrown people at these problems.

In addition, sales may be unable to drive higher yields by not having information readily available. If I’m the sales manager, I don’t want to have to decide if a certain price is good based on feel. I want to see prices we’re getting from every channel, our sell-through rates. I want to use data to make a decision that maximizes overall revenue.

For example, sellers should be able to see where else a buyer offering $11 on a direct deal is buying from them. Buyers are really savvy and they’re trying to buy through all of the different channels, but it’s all coming out of the same inventory pool. If a seller can push a buyer that’s never going to buy direct over to PMP, you can preempt them whenever you want. If you’re disorganized, you can’t.

GD: Do you have an optimal sales-to-ops ratio for major media companies?

GD: If you were a smaller publisher with limited resources, are there smart options to push your way up that maturity curve?

LB: While a larger publisher can work with ad management, CRM and marketing cloud companies, and have a team of engineers to integrate things, smaller companies just don’t have those resources. A lot of these smaller publishers wind up bringing in all these different ad tech vendors that layer technology behind outsourced services like programmatic sales and data marketplaces.

The problem is that they charge a heavy tax by taking a big cut of any revenue they bring in., which is hard to use as a springboard. It’s like a drug. You just continue to get checks from Google and you feel like things are going well. Meanwhile your inventory is becoming highly commoditized and your innovation curve starts to dwindle, because you become too reliant on that stuff.

We’re starting to work with a bunch of folks in the mid-market, and we’ve created a product called Operative Compete, which is a SaaS product. We’re not bringing demand to the table, so we aren’t part of the “tax.” We force multiple SSPs to compete with each other for the publisher’s inventory by pointing their supply at specific demand players throughout different points of the day. That drives their effective CPM up by 30% to 60%. That’s enough lift to start investing in direct sales with the type of scale of a big publisher that has stronger working capital.

GD: In the paper, you hinted that embracing the yield curve lowers the ad tech tax. You’re talking about reducing the incremental costs of intermediaries?

LB: Exactly, most vendors sell their product with demand attached. Programmatic companies come in and say, “We’re going to bring you demand and charge you 10% or 20% for this demand if it clears.” Publishers should respond by saying, “Okay, but it has to be for new demand. Because I don’t want to see you enabling my existing customers buy media from me for a lower CPM.” It’s just not a great proposition, and I think you’re going to consider seeing a lot of these programmatic guys get flushed out of the process as publishers start optimizing their yield curves in a smarter way.

GD: But Lorne—What about the buyers!?! They want to buy programmatically. Don’t I have to accommodate them?

LB: Absolutely. But even they are sick and tired of going through middlemen. They don’t know whose reporting or data to use. They want to buy a single audience, and they’re cobbling information together to do it. Buyers are pro-programmatic, but the process really does need to be cleaned up. A lot of the SSPs are going to be under extreme duress as the agencies start to put what are almost their own SSPs on the table.