Here at AdMonsters, we often think of ourselves as the TMZ of the digital advertising world. No, we don’t stealthily follow around the digital directors of media companies to catch them in compromising positions (and if we did, you couldn’t prove it), but we are on top of every trend like maple syrup on hotcakes. This is mainly thanks to our streetwise (and exchange-wise) sources like Lizzie Komar, Senior Director of Research and Insights at Index Exchange. (Check out the extremely informative Knowledge Exchange Blog.)

In a hush-hush meeting at a non-descript parking garage, Komar gave us the lowdown on the programmatic grapevine: how header implementations are bumping up CPMs, the current state of header and video, the server-to-server dealio, which politicians are dropping fat stacks into programmatic channels in the current election season, and what’s up with those crazy Canadians and their private marketplaces.

GD: What programmatic and header trends do you find most fascinating?

LK: I truly believe we’re at a pivotal point in the evolution of programmatic and the view from Index Exchange is unique. We’re monitoring the real-time growth of header tag with a number of top-tier traditional publishers that have long been wary of programmatic.

The growth in the number of domains we’re integrated with in the header alone is astounding: we had 100 header tag integrations in May 2015 and by the end of May 2016 that number has risen to 1,038. The continued adoption indicates there has been a significant sales strategy shift for numerous digital publishers. Header tag revenue is increasing at a large clip too – May 2016 header tag-spend was 227% higher than in January 2016.

I’m excited about the prevalence of header tag for a number of reasons. First off, it simplifies programmatic operations. By reducing the technical distance between publisher, exchange and buyer, payment time could shorten, the media dollar is stronger with fewer intermediaries, and buyers/marketers will get smarter about their media plans and budget flexibility.

The lines are blurring between direct and programmatic and I think we’ll start to see buyers plan these types of campaigns agnostically. It also provides better access for programmatic buyers. It’s been really fun to see buyers start to think about the possibilities there.

GD: It seems you have solid proof that header tags are improving publisher yield ­ in addition to overall CPM increases what other data points illustrate this trend? 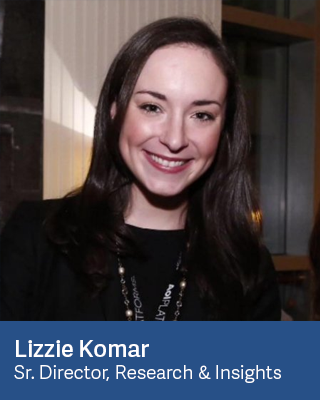 LK: The CPM lift is a big one and something we’ve seen consistently since we started selling in the header. This indicates a few things: the inventory bought in a header tag environment is inherently more valuable and programmatic buyers may have been wrongly influenced by an impression’s worth by the waterfall.

The other proof point is overall revenue by integration type. We’ve found that header tag sites, on average, procure six times more revenue for the publisher than tag-based sites.

GD: There’s a lotta chatter going round about server-to-server connections; ­what’s your take on their viability, and when we’ll see increased adoption?

LK: Server-to-server connections are fundamentally a good thing – latency is a real concern and publishers want to shave as many milliseconds off a transaction as possible.

We don’t have a problem with server-to-server; we do have a problem with opaque mediation. Many of these server-to-server solutions simply want to eliminate the header-tag wrapper, work with other exchanges and mediate the transaction. That is opaque and we believe transparency is critical to continued innovation in this space. The publisher should be able to see all bids on an impression, not just the one that wins. We provide that information while a lot of these server-to-server solutions hide it, which makes you wonder – what’s really going on?

GD: When are we going to start hearing about header and video?

LK: Video is an amazing advertising medium and the ability to secure high quality inventory programmatically will be huge for buyers. The majority of our opportunity there based on the publishers we work with is pre-roll inventory, which is the most coveted. We are currently selling it and we have a number of top-tier publishers in line for header/video integration, which is slightly different than a header display integration.

We’ve embraced a new strategy where we connect engineers to engineers for header tag integration – further reducing the distance between exchange and publisher. The walls between business and engineering are spinning out thanks to the level of closeness header tag technically requires.

GD: You’re focused on programmatic election spending;­ is there anything that has surprised you so far? Have you seen a correlation between the quality of inventory being purchased and primary performance?

LK: The primaries were really interesting to watch. When there were a ton of candidates, there was a lot to track. We studied spend, impressions, ad units, bids and more by campaigns and super PACs until April.

During the primaries you could really see the differences in programmatic savvy between the candidates. Democratic candidate Bernie Sanders was definitely employing more targeting and could have been going for viewability based on the type of units he secured. He bought a lot more video than other candidates, which definitely inflated his average CPMs.

Hillary was blanketing impressions across pages. She was putting out around 30 times more bids on average than other candidates. She was trying to see what she could get and how cheap she could get it for. I think that really has to do with her campaign approach – she’s a Democrat that is seeking to appeal to large swaths of the country, so she wants to get her ads anywhere and in a cost effective way. She’s using programmatic for those reasons.

However, the programmatic election may be a bit of a bust because Donald Trump has thrown such a wrench in the mix. He’s not buying much media other than TV, and he’s getting so much earned media. I’m not even sure he knows what programmatic is.

We have been waiting for him (we monitor every piece of campaign creative that transacts through Index pipes) and he still hasn’t shown up. I wouldn’t be surprised if we see something from him soon, given that the conventions are nearly upon us and the general election is somehow right around the corner.

GD: Why are Canadian publishers more bullish about private marketplaces than American?

LK: I’ve always found this fascinating! Part of my job is studying the Canadian market and I presented a state of programmatic in Canada in Montreal in January. I learned a lot about that market in researching for that presentation and just working at a company with Canadian roots and a really strong presence in Canada.

The prevalence of PMP has to do with a few things: first, the Canadian programmatic community is a lot smaller than the US community. There are fewer agencies and marketers, and most Canadian publishers are massive publisher conglomerates. This makes deal creation a lot simpler.

Also, the Canadian market matured at a point when PMPs were all the rage and were a means to attain programmatic control. Publishers were a bit weary of open programmatic markets in Canada and felt more comfortable selling spots to advertisers they directly knew.

The dual language is another piece. French publishers in Quebec are extremely reliant on private marketplaces to ensure all ads are in French. They are really protective of user experience and do not want to serve an English ad to a French-speaking user. You can’t pass language information in open RTB, so Deal ID is the best bet.

GD: What have been your takeaways regarding the header impact on the mobile web?

LK: It’s there and we’ve seen a lot of header spend on mobile web. Publishers are increasingly moving away from it though, as buyers are more excited about the mobile app opportunity.

GD: You wrote a lot about the programmatic effect on holiday spending earlier this year. What trends interested you the most? I know it’s pretty early, but do you have any predictions for 4Q 2016?

LK: Well, first, I really hope that buyers in the open market can see that something is going through the header. They can’t do that today – it requires an update to the OpenRTB spec, which I believe is underway to enable this.

I think we will see a lot of header publishers creating holiday PMPs to give buyers preferred access to valuable inventory during the holidays. Time is of the essence during the holidays and brands that buy programmatically through the header can seize the benefits of buying audiences in real time.