The combination of private marketplace deals and a native ad strategy together sounds like a clear winner for publishers. It’s the digital media equivalent of a Scrabble double word score, or dropping the chocolate in the peanut butter, or the falafel burrito on the menu at a little Mexican/Middle Eastern restaurant I know.

Pubs know the value of PMPs and of native—but to layer those two together can take some finesse. These are two niches that publishers often struggle to implement effectively on their own.

But some publishers have led the way, with support from their vendor partners, and over the past year we’ve been able to observe how those vanguard pubs have handled native PMPs. About two months ago, CafeMedia jumped into the fray, with an assist from TripleLift. We called up CafeMedia’s VP of Data Science Patrick McCann, and SVP of Strategy and Insights Rachel Parkin to talk about that partnership, which McCann called “transformational” for CafeMedia.

GAVIN DUNAWAY: How has header bidding and native programmatic together been transformational for your business?

PATRICK McCANN: Most of the native partners that we talk to are networks. But allowing native partners to compete in the header for a unit allows both display and native to go into the same place at a reasonable price. The TripleLift integration with header bidding has been totally transformational for us.

For us to predict fill, we are able to give advertisers a lot of what they want. If they’re filling 40% of the time, but when they do fill, it’s $2.50, then instead of us putting it in DFP at a dollar, we’re able to give it to them every time they want it at $2.50.

WITH THE SUPPORT OF TRIPLELIFT
The Evolution of Display 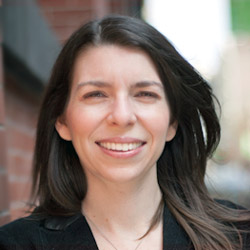 RACHEL PARKIN: From a holistic programmatic strategy, header bidding has been the fuel to our fire. It’s really enabled us to open up premium programmatic opportunities at scale, both on the display and now the native side.

In that old world of programmatic, if you don’t know how many people are going to take the impressions, it has to be relegated to the bottom of the waterfall. But header bidding enables us to shift programmatic to truly be a premium offering. We’ve been doing that for a while in the display world, and now we’re segueing to that in native.

GAVIN: What inspired you to try a PMP here? We were mentioning PMPs sometimes have questionable fill.

RACHEL: Our strategy with programmatic in general has been very focused on private marketplaces and building advertiser relationships. It seems natural to apply the same strategy in the native world.

PATRICK: With header bidding, if a PMP wants a native slot, we are able to use the TripleLift header bidding technology to give the PMP first look over direct, as opposed to having our direct all go first, and native programmatic just being backfill.

GAVIN: So how many PMPs are you running at once now?

RACHEL: Because we just launched native PMP about two months ago, we only have a handful of partners set up. Native in general is a bit more of a nascent marketplace. On the display side, people already have assets and creative and units. Some of our partners have already been sampling native open exchange buys, so testing the PMP is a natural extension. For others, there’s a lot of education. They don’t necessarily have the assets created, so it’s a longer cycle.

GAVIN: Are there other major differences between a standard display PMP and a native PMP?

RACHEL: The perception is they’re two totally different animals, but from a strategic perspective, we’re approaching them in the same way. We create demos, and take a proactive partnership approach about managing and optimizing.

PATRICK: A lot of our initial native PMP partners had been display PMP partners first. They’ve welcomed native, but the native connections aren’t as mature.

RACHEL: Native is not passed through uniformly to all buying platforms right now. It’s taking a few hops in between on the bid stream. 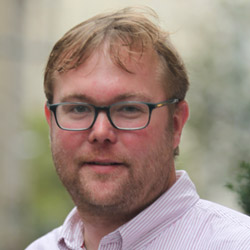 PATRICK: A lot of the DSPs haven’t upgraded to the OpenRTB 2.3 spec from the IAB, which includes the native format. It’s actually a fair amount of work for each DSP to do that. Some of the exchanges have tried to hack it into the display bid stream. But as DSPs upgrade to the new IAB spec, we think it’ll be easier. A lot of our PMP buying partners have a preferred DSP, so we’re dependent on whether that DSP has taken necessary steps for smooth integration.

I think we’re at 50% adoption of 2.3 right now. The DSPs that haven’t adopted risk losing some business. I don’t know of a major DSP that’s not working on it.

GAVIN: You mentioned you were talking to your advertisers, trying to get their KPIs so you can better optimize their campaigns. Do you find they’re more willing to share information?

RACHEL: The advertisers we really have the deepest relationships with are willing to share, because no one can successfully land a plane flying blind. More and more of the teams we’re working with on the programmatic side are open to sharing information, because really it helps make their jobs easier too.

GAVIN: Now, do you feel the buyers and the advertisers are actively looking into native PMP, or do you feel you more have to encourage them to go down that path?

RACHEL: Out of the folks that we’re talking to, some have been doing native in different ways—a self-service programmatic buy, or on a more managed service platform. But at least half of the advertisers we talk to have dabbled in native to some extent. The other half are always very interested to hear about it.

GAVIN: Do you feel the native units perform better for advertisers?

PATRICK: That really depends on the unit and what the advertiser’s goal is. We’ve worked with a lot of content distribution networks. But our internal recommendation engine gets better placement than theirs. A native unit might be able to insert itself into our unit and get better viewability. One unit that we’ve noticed that does really well is any mid-article unit.

Users have trained themselves to ignore IAB standard units somehow, so making the unit more integrated with the experience brings better engagement.

GAVIN: Are there any advertiser complaints about limitations with current native capabilities within creative, or complaints on your side?

RACHEL: I haven’t heard any complaints about the units themselves yet. But it’s not something that we set up once and forget about it.

PATRICK: We have to be careful about some of the programmatic buyers that we allow on the page. Some categories can be intrusive. It’s important to be proactive in native just as it is in display about what you’re letting on your page.

RACHEL: This is more of a concern than a complaint: These units are in our own content recommendation carousels, so we want to make sure we’re not alienating our users. In a way, the PMPs gives us a lot of assurances—this is a partner we’ve worked with a lot over the years. We want trusted partners recommending their content on our site.

PATRICK: If an advertiser is in our native content recommendation widget, then it’s almost like they’re getting some of our brand value. So we just have to be careful about the content we’re promoting there, making sure that our editorial team is comfortable with it.

GAVIN: Where would you like to see the tech improve?

PATRICK: We’d like to see more native vendors competing in the header. Right now TripleLift is a leader there, but we’d like to have a variety of partners.

We’re watching closely what DoubleClick is doing. They are doing native backfill programmatically, and advertising that service to DBM buyers. We haven’t really explored that yet, but we plan to very soon.

One more thing is, a lot of times the analytics providers, for brand safety or demo measurement, don’t have a great out-of-the-box native solution. They might have a deep integration with the platform, but the advertiser has to trust the platform’s numbers. If it could be more like display, where the advertiser can drive the process about using which vendors they want, integrating the tags into creative, then I think advertiser trust will grow.