There is no successful advertising business without an impactful user experience. Some of the key components to creating that experience are making sure the ad reaches the right audience and the creative assets keep them engaged with your content.

Emodo, a brand that prides itself on helping advertisers and publishers create memorable connections with consumers, aims to do just that with the launch of Adapt. The technology is an advanced native ad offering and, possibly, a new asset to the programmatic space.

We spoke with Thomas Anderson, Chief Marketplace Development Officer at Emodo about the creation of Adapt, advanced native ads competing against traditional native ads, how they hope to future-proof their product and more.

Andrew Byrd: Your company Emodo launched Adapt, a new native ad offering. Can you tell me about the process of creating Adapt and why you thought it was important for your company and the industry as a whole? 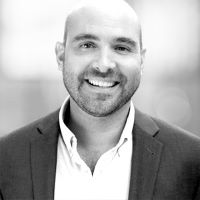 Thomas Anderson: We’re at a crossroads in our industry. We’ve been using cookies, mobile ad IDs and identifiers to target ads to users and we realized that we needed to think beyond that box.

From that standpoint, we thought about taking all the contextual data we have from a site or app in real time to figure out how we can build the best–looking ad experience possible. If you think about the history of the internet we started with very basic ads, and basic ad networks, then we evolved to web 2.0 with programmatic and header bidding, etc. We then began thinking what is next for programmatic native and we began trying figure out what we wanted to build towards in the future. How do we create a contextual targeting experience that lives outside of this third-party cookie/ID world?

AB: Can you elaborate on how your native ads will work despite cookie deprecation?

TA: In the past, especially within Emodo, most of our targeting was done by getting carrier or location–based data and finding the right person at the right time. The idea here with our advanced data is to think contextually: how do we make ads that perform well for the environment that they’re in?

Nine times out of 10, in the past when native ads were created, there was a mentality built around beauty being the eye of the beholder. When you created a native ad, a placement designer would design it based upon what they believed was going to look the best and potentially drive the best performance.

In reality, what we want to do is take the data behind all the permutations that we can create with our Adapt units and determine what exactly is going to drive the best outcome. For example, will adjusting the font on your Call-to-Action (CTA) button actually outperform rich media style intro effect? Will it put more money in the publisher’s pocket and perform better for the advertiser? We’re leaning in the concept that beauty is really in the eye of the beholder (the user), alongside creating ads based on machine learning Dynamic Content Optimization (DCO) techniques.

AB: You said that, “standard native advertising is no longer enough for advertisers and brands.” Why is that the case?

With Adapt, we are bringing the advertiser’s needs to the front lines with the ability from our native ads to render differently for different KPI’s. For example, if it’s a Nike shoe ad, we’re going to focus on driving attention to the click to shopping cart button. The shopping cart logo and button can pulsate to increase performance to that KPI. We want to add these simple features that hadn’t really been thought of on the advertiser’s side. Before it’s really been more focused on the sell side, or the publisher side, and we want to create a partnership between brands and publishers.

AB: Adapt also focuses on the creative aspect of ads. How important are the creation and design aspects of ads when trying to engage with your audience?

TA: Creative is everything. There’s a couple of different ways to think about it right from a creative rendering perspective. As an SSP, you get to control the rendering and take over the decision–making of those renderings. This allows you to come up with different permutations, and balance working for both the publisher and the advertiser.

There are tons of rich media companies running amazing creative campaigns currently, but these are all built custom and as a one–off. Every time you create a new rich media ad, the process starts over; you start with a design brief, collect your images, build them into custom assets, QA them, and then finally launched. Consequently, it isn’t a very scalable solution.

So, what you need to do is create a highly immersive experience that is also programmatically scalable. For Emodo, it’s about finding the balance of using these native components that are already being transacted in the marketplace by DSPs, but also adding stylistic elements to differentiate them from standard native ads.

AB: Adapt is a fairly new product and with any new technology there’s gonna be learning curves. What steps are you taking to help future proof the tech or improve upon it as a whole?

TA: A lot of what we’re doing in the market right now deals with commercialization. We’re talking with advertisers and DSPs and getting them up to speed on how we’re doing things differently. We have DSPs that work with us now that don’t buy native, and we’re asking them to turn on those native pipes. The key to native is workflows and we have a couple of different ways we can put these campaigns live through DSPs. If a DSP doesn’t support the Open RTB Native spec or have a native workflow, we can actually give them a tag that they can track and target direct to us.

Right now, the industry is limited to working within the open RTB Native spec. In the open RTB Native spec, you can send multiple images, but there really isn’t a way to have multiple click URLs for those images. What we’ve started to do is work beyond this spec with a tag-based approach to be able to say: Here’s a shoppable ad and here are 10 different products. Each of those products could have their own custom URL and each would click out directly to their corresponding product page. A lot of what we want to do to improve upon our formats isn’t in the native Open RTB spec right now.

The other piece is just more machine learning and more data science going into all of this. Of course, the more data that we have going into our machine learning models, the smarter they’re going to get. We’re really just getting started with these models. They take time to build, and we are working through different kinds of KPIs, but it’s only going to get smarter as we can continue down this path.

TA: As a business, we use Eye Tracking studies to help us build and improve upon our products. We want to keep our teams informed about what products we build next and how we take them to market.

The test stems on the premise of comparing our advanced native units to traditional banner ads and static native ads. We are just starting but the goal is to have thousands of permutations to use for these studies. We tested three different brands including an auto manufacturer, a CPG brand and a clothing retailer.

We always kept the publisher, the campaign, the unit size, and the audience constant so we can really compare the three different formats. For the automotive campaign, Adapt drove a 13% higher message association compared to standard display and standard native. It drove a 71% higher lift with message association compared to static native for a discount clothing brand. For CPG, it drove a 17% higher attention rates– with that eye traffic study specifically–when compared to display, and a 11% higher attention rate when compared to native. While standard native performed better than display, our advanced native format, Adapt, performed the best. We’re looking to continue to do these eye tracking studies to continue to learn and evolve our product offering further.