Now that California’s Attorney General Xavier Becerra has released a draft of rules to guide companies on California Consumer Privacy Act compliance and the state’s Governor Gavin Newsom has signed seven amendments providing more clarity and lessening some short-term pains around CCPA compliance, word on the street is that initial compliance could cost businesses a total of $55 billion, according to research from California’s Department of Finance.

The Attorney General’s guidelines for what businesses have to do to become compliant are open to public comment until December 6, giving about a month’s time for revisions before CCPA officially goes into effect on January 1. The AG’s office can then start enforcement six months after the final regs are in place, or by July 1, 202 at the latest. Are you ready?

We spoke with David J. Moore, CEO of Britepool—an identity solution company aimed at leveling the playing field for publishers to compete with the Walled Gardens with a focus on privacy compliance and the disappearing third-party cookie—to talk about what CCPA could mean for the future of programmatic advertising, as well as learn more about his company’s research on how consumers will behave under CCPA. We also talked about how a solution to identity will not only aid publishers with compliance but may enable them to survive and thrive the overall existential threats the industry currently faces.

Lynne d Johnson: At BritePool, you guys call CCPA, Costly Confusion for Publishers and Advertisers. We at AdMonsters have  talked about how confusing CCPA is as well. Can you explain exactly what you all mean by “Costly Confusion?” How will CCPA impact the ability to sell programmatically? 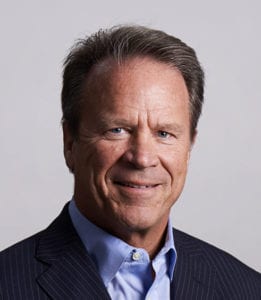 David J. Moore: The CCPA has the potential to end programmatic advertising in California. The law requires that websites include a “conspicuous” link, on every page of the site, on every visit, that allows California residents to “opt-out” of the sale of their personal data. A sale is defined broadly and includes targeted behavioral and demographic advertising, so consumers who opt-out are opting-out of programmatic advertising. The CCPA is confusing because so much of this is not obvious. We work to explain all these issues in an article on our website, Five Surprising Things Every Publisher Should Know About the CCPA.

The CCPA is costly because it’s likely to immediately reduce revenues for the average website equal to 7% of total programmatic revenues, which is a tremendous hit to the bottom-line, for financially strained websites. This estimate is based on the opt-rates we found in our research, the typical percent of web traffic from California, and the value of the lower CPM ads that would replace targeted programmatic ads.

Most people believe the CCPA will be followed by similar laws in more states. Our analysis found that if 40% of the country were covered by the CCPA next year, with an 87% opt-out rate, websites would immediately lose a sum equal to 18% of their total programmatic revenues.

LdJ: In your national study with Annenberg you uncovered some insights about how people will behave under CCPA when they visit a website. What were some of the highlights of that study? What did you find most surprising?

DJM: In a statistically representative survey of 1004 adults, conducted between September 16 and September 18, conducted jointly with the Annenberg School of Public Relations at USC, we described for consumers the new California law, and asked whether they would:

We were surprised to find that 87% of respondents said they would opt-out. Once you exceed 85%, you are talking about everyone. And, this shockingly high opt-out rate was the same across all ages and demographic groups.

Then, we followed this initial research with a second survey of 1004 adults, conducted between September 19 and September 22. Here, we described the new California law, plus a service like BritePool, and asked consumers whether they would:

In this second survey, the opt-out rate dropped from 87% to 61%, as 27% of respondents said they would join a service like BritePool.

LdJ: You also uncovered that people just want a fair exchange for their data. What exactly do consumers want? How did that knowledge help shape your new Consumer Communications Platform?

DJM: We found that consumers want three things: Information, control, and incentives, and that providing all of these is the fair value exchange that works. We developed a module for our service to offer this fair exchange, and as our research shows, this BritePool module prevents publishers from losing significant ad revenues as a result of the CCPA.

Every article you read stresses the idea of providing rewards, so consumers don’t opt-out. Of course, rewards matter. But we found consumers want other things too. They want specific knowledge about how to manage their online privacy, they want to understand some of the basic aspects of Internet advertising that affect them, and they want the ability to the level of information about their activities that are shared with advertisers.

In our platform, we provide detailed, easy-to-follow information to help consumers manage their privacy and overall online experience. We found consumers value this trustworthy advice as much, or more than incentives.

LdJ: How does your focus on identity change the playing field for publishers and advertisers?

There are a lot of myths about why social media, search engines, and e-commerce sites have quickly captured the lion’s share of digital advertising. Here’s a secret that’s been hiding in plain sight: Users must sign-in to all of these platforms. As a result, these services know with near-perfect accuracy who is using their site and what ads they are seeing. They are incredibly efficient ad-targeting vehicles.

In contrast, other ad-supported websites estimate identities using inefficient cookies, an old technology that was never meant to serve this purpose.

LdJ: With less reliance on third-party sources and the Walled Gardens, it’s going to be a hard road ahead for publishers. What are some other things that publishers can do to build better relationships with their audiences and beef up their first-party data so that they are in compliance but also managing revenue effectively?

DJ: I started BritePool to prevent the problem you just described. As third-party cookies disappear, a growing number of publishers face an existential threat. By creating a solution that’s more efficient than cookies, publishers can reach audiences with targeted ads, while respecting the privacy and responsible behavior toward personal data that users expect and publishers want to provide.

If we succeed, it will be an easier road for publishers than the past few years. If not, it will be a hard road. Far more ad-supported websites will disappear, and our society will be diminished. We will lose the diversity of views and experiences people love, that’s at the core of today’s ad-supported web.

LdJ: You also talk a lot about the need for industry participants to work together. That was a common theme at the recent Advertising Week New York. What’s your take on this idea?

DJM: Publishers, advertisers, and ad-tech companies now confront a perfect storm: Today, Google, Facebook, and Amazon capture 68% of digital advertising. And last year, digital advertising dwarfed television, as the largest ad spending category in the U.S. That’s a phenomenal concentration of dollars, and most of it has come at the expense of newspapers, magazines, and other media that were destroyed by this shift in ad revenues.  Soon, new privacy regulations, like the CCPA, will cut programmatic ad revenues. Finally, third-party cookies, which are the core of identity targeting for most ad-supported websites, are going away.

It’s clear that if publishers, advertisers, and the ad-tech industry don’t work together, to support next-generation capabilities for identity targeting—Google, Facebook, and Amazon will continue to grab more and more ad spending.

You don’t need to look very far to see the likely results.  This week’s Time magazine says 1,800 local newspapers have closed since 2004. Now, the surviving publishers face an immediate, existential threat. Without industry cooperation, a huge number will disappear.