I’m used to the eye rolls whenever I ask ad tech veterans their feelings on the potential of blockchain. I’ll be the first to admit the term is sullied following an audacious hype cycle (even for ad tech!) and some scam-tastic initial coin offerings (ICOs). But the technology does seem to boast the transparency backbone that the programmatic space has long needed.

Industry insiders then lament burden of one more layer of tech in digital advertising, and pull out this common refrain, “That blockchain sure sounds nice and all, but too bad it can’t scale—won’t match the speed of programmatic!”

Sam Kim, CEO and Cofounder of blockchain-powered auditing platform Lucidity, is sick of hearing this line—particularly when programmatic’s velocity is often overrated. He gave me the inside scoop on how blockchain is fast and fast (FAST!) evolving, as well as how the technology can repair its tainted reputation.

GAVIN DUNAWAY: So blockchain and shared ledgers theoretically sound awesome, but isn’t it true that the technology can’t actually match the scale and speed of programmatic advertising? 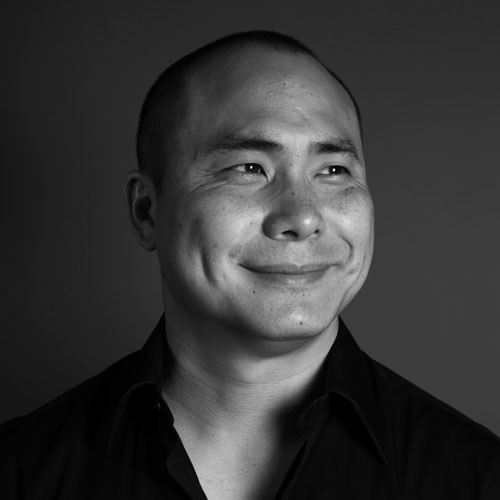 SAM KIM: That certainly used to be the case, but not anymore. We’ve seen a number of technological advancements that all have a different take on scaling blockchain exponentially. Sharding, Plasma, and other “Layer 2” solutions are great examples of how we can take blockchain far beyond the 15-20 transactions per second people often erroneously cite as blockchain’s “ceiling.”

However, the notion that blockchain needs to match programmatic’s speed also isn’t accurate. The only reason blockchain would ever need to be that fast is if you’re actually running the RTB auction on blockchain, which would be a goofy use case for the technology.

In fact, an ad that is displayed programmatically can often result in tens (if not hundreds) of bid requests due to SSP re-circulations. All of these requests don’t need to be written on chain.

Instead, blockchain’s best use case is to track and authenticate the events that have already happened (ie. impressions, clicks, etc). Removing SSP request re-circulations from the equation drastically reduces the amount of transactions you’re actually recording.

So can blockchain match the speed of programmatic? Yes, but as it turns out, programmatic isn’t quite as fast as people think.

GD: While overall industry change can be slow, advertising technology tends to develop at a clip. Is blockchain evolving in a similar way?

SK: Our President Sam Goldberg likes to say that there’s normal time and then there’s “blockchain time.” Blockchain time moves fast. For perspective, Ethereum released its whitepaper about four years ago in normal time, which by our calculations equates to roughly 625 years in blockchain time.

A bad joke aside (and to answer your original question), blockchain is evolving similarly to advertising technology, and perhaps at an even faster clip. Innovations to scale blockchain, like sharding for example, have proliferated at a lightning pace.

We’ve seen the development of better smart contract languages. And then cryptography really pushed blockchain forward with innovations like zero knowledge proofs that protect user anonymity. So yes, there’s been a lot of forward momentum to take blockchain from a nascent technology to something with real use cases.

GD: What do you think has caused blockchain’s reputation to slip, and what’s it going to take for companies to rehabilitate the tech’s reputation?

SK: The ICO frenzy of 2017 didn’t do the technology any favors. There were a lot of empty promises, a lot of whitepapers detailing solutions that never came to fruition, and a lot of people (customers and investors alike) getting burned.

And then there were the marketing gimmicks where companies would pretend to be “blockchain influenced.” You might remember that instance where an iced tea company saw its stock price rise astronomically simply by adding the word “blockchain” to its name. All of this combined to create a reputation that seemed scammy, to say the least.

That means case studies with real brands, like we saw with Toyota earlier this year. It also helps to have legitimate, big-time companies investing more and more resources into blockchain. IBM, Google, and JPMorgan Chase come to mind here.

The IAB’s involvement in researching and deploying viable blockchain solutions even furthers the cause. Specifically, the IAB Tech Lab is looking into how a shared ledger might help with industry initiatives like ads.cert and seller.json.

Once the larger market sees that blockchain can deliver viable solutions, blockchain’s reputation will improve and the scams of 2017 will become a distant memory. We’re already seeing the industry warm up to it now.