It’s Think Tank season for AdMonsters and this past week we caught up with a number of publishers to talk through a range of topics thanks to ADvendio.

The pubs that joined us were what I would classify as mid-sized publishers–their operations teams are relatively small.

It was interesting to learn how the past few months went for publishers and a few common themes that emerged.

First, for many, it was an opportunity for their departments and companies to get organized. When business is slow, or at a full stop, it is the perfect time to reorganize and perhaps work on those projects one can never seem to get to.

WITH THE SUPPORT OF ADvendio
ADvendio is a leading Salesforce powered advertising management software for media buying and selling with solutions to handle complex campaigns across linear, digital, and combined deals.

For one publisher, the fact that sales wasn’t out selling was a double-edged sword. He recounted how idle salespeople started pulling reports and asking questions that they normally don’t ask.

“How does Google Ad Manager decide which creative to serve?” “How many browsers are there?” “How does frequency capping actually work?” Amazing to have an engaged sales team wanting to learn more. That is, until they start to become junior analysts and want to optimize and optimize and optimize…

It was also clear that the agencies these publishers worked with had used their Q2 and Q3 to think more about their media buys. As business comes back, “custom” is the new standard deal. Publishers are offering more custom packages and buyers are asking for more custom programs.

Bernd Bube, CEO of ADvendio shared some of the trends ADvendio is seeing with their clients and across the marketplace: “Programmatic brings great efficiencies, but there is still a need for sales and a need for a workflow to properly track and deliver on programmatic deals.

In other words in our industry, each step toward automation adds two manual steps to the process.

We talked as a group about the challenges of having a small team and workflow. All heads nodded in agreement when the struggle of creative collection and reporting came up.

“Build it and they will come” isn’t going to work for many publishers.

This led us to a discussion about self serve. Most of the publishers had attempted self serve in the past without much success. One commented that the deals that come in from self serve would sometimes get lost in the shuffle–if no one touches it, who gives it much mind?

The other was a lack of usage on the part of the buy-side. Agencies have grown accustomed to a certain level of service, even if all that effort isn’t needed.

It was at this point where something became clear to me. “Build it and they will come” isn’t going to work for many publishers. Yes, you want that storefront open for someone to buy on their own. But if you’re looking for real revenue gains, self-serve is something you have to sell. 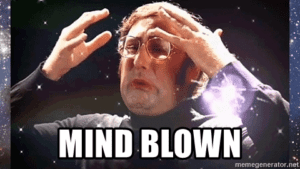 Think about it. Those salespeople who started to actually pull their own reports can actually use the self-serve portal to do it themselves with the client. They can teach the client in the process how to do it. Incremental spend? Let’s do it together (sales and buyer) through the self-serve tools. Need a report? Yes, I can pull it for you, Miss Agency Person, but know the reports are always available to you.

With that effort, you might just develop a habit and with it, operational efficiency. Operations people should be focused on the custom pieces that everyone wants now. Let’s make the standard stuff flow through quicker.