Google recently announced it would be delaying the deprecation of third-party cookies in Chrome until 2023. It plans to replace third-party identifiers with its Privacy Sandbox and the leading solution within that environment is the Federated Learning of Cohorts (FLoC).

However, Google’s postponement to the removal of cookies has meant that the availability of FLoCs has also been delayed — even testing in Europe is delayed due to GDPR concerns.

This delay may concern some advertisers, but there’s no need to wait because a scalable and privacy-safe alternative already exists in the form of Publisher Cohorts.

The upcoming loss of third-party identifiers within Chrome, and the changes that Apple has already made in that space, means that first-party data is in a strong position.

Losing cross-domain identifiers only strengthens publishers’ first-party data, as a viable option for advertisers to continue reaching consumers. And this first-party data can be made targetable as a cohort, rather than the current model which reaches people with sometimes ‘creepy’ one-to-one hyper-targeted marketing. But what exactly are Publisher Cohorts?

A cohort is defined as a group of people with a shared characteristic. And, without third-party cookies, these groups are seen by many as a potential solution.

Cohorts created by the FLoC algorithm are based on analysis of users’ online activity within a web browser, with this analysis leading to the generation of a ‘cohort ID’, which sees each user grouped with other users who access similar content. But there are problems with Google’s Privacy Sandbox as a whole.

The proposals have been criticized as being anti-competitive. This consensus has led to multiple countries launching investigations into the solution. To make matters worse for Google, many browsers that run on Google’s open-source Chromium platform, as well as the likes of Amazon and WordPress, have said they will not implement the FLoC proposal.

Now, on the other hand, a Publisher Cohort is when consumers are grouped together based on a shared characteristic within a publisher’s environment, built directly at the source by publishers. Publisher Cohorts offer a privacy-forward approach to targeting; because user IDs are not in the bidstream tied to an ad request, Publisher Cohorts safeguard data from leakage into the ad tech ecosystem. This, therefore, enables publishers to unlock targeting decisions based on first-party data without a cross-domain identifier.

Publishers are also able to use their connection with the consumer to place people into more than one cohort, rather than tying a person to a single interest, widening the scope that advertisers have when targeting users. In addition, Publisher Cohorts are descriptive in their meaning, for example, a user is interested in sports, or a user looks similar to an advertiser’s existing customer whereas FLoC cohorts are abstract and only mean that a particular user looks similar to other users in that same cohort ID.

The most significant difference between Publisher Cohorts and FLoC is the federated learning aspect of the latter. Google’s solution places users into a single cohort that is entirely controlled by Google,  rather than a publisher having the ability to do this themselves and keep control of their data.

FLoC is also a little more privacy-safe than third-party cookies because all the tracking happens in the browser, but users are still being tracked under Google’s watch nonetheless. With this, the publisher’s first-party data influences how the user is defined, but this can be activated anywhere on the open web, rather than just in the publisher’s environment.

As a result, data and inventory are decoupled – something that was previously enabled by third-party cookies and meant publisher data being aggregated by third parties – and the role of publisher channels are reduced to simply being transactional.

Data owners have a responsibility to protect the data of their users, ensuring this valuable information doesn’t leak into the ecosystem. Publishers are perfectly placed to do this and, in turn, place their users into groups that better reflect them. This data shouldn’t be completely in the hands of one tech company.

Another area where FLoC falls short is that most likely it won’t be supported by Safari, Firefox, or any of the major browsers that run on Chromium, meaning a continuation of the fragmented ecosystem and users across these browsers remaining unreachable.

On the other hand, publishers are able to navigate this landscape, as their cohorts are built and managed at the local level, rather than on a browser level.

Billions of ad impressions are being traded every single month on Publisher Cohorts, as it’s a stable solution that publishers are already in a position to offer to advertisers. They are able to recognize 100% of their audiences, create bespoke first-party audiences, and – with the right tools at their disposal – match and model advertiser first-party data.

Big tech is not the answer to the issues facing the industry. It’s time for brands to stand up and seek closer relationships with publishers to unlock the potential that exists. All data owners have the responsibility to protect the privacy of their users or they risk losing their trust. This is particularly the case for advertisers. Publisher cohorts offer a way to still deliver targeted advertising but not at the expense of privacy.

We need to make changes to protect the privacy of consumers, as their trust in the industry continues to erode. Publisher cohorts offer a solution that can go a long way to mending this trust. 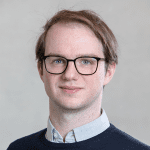 David Reischer is Product Manager at Permutive, which is powering the future of targeted advertising on the Open Web. He’s built a career in client and solution engineering, and is now crafting this newly formed role at the company since April last year. Before joining Permutive, David worked at Qubit and Vector.