Sooner or later, every publisher that’s on Google’s DSM order management system will need to get off of it. Hey, it’s nothing personal—Google will be sunsetting their proprietary OMS in 2019. It’s also common knowledge. Every major independent OMS provider has been enjoying some extra attention from publishers, and they’re in store for even more attention from any of the procrastinator pubs out there.

If you’re still hesitating, try talking to publishers who have already made the flip. Consider their use cases and how they align with yours. We spoke with Jessica Titmus, Director of Digital Advertising Operations at the Washington Post. She and her team rode the migration from DSM to Operative.One, and she has some perspectives to share on what to look out for in an OMS migration, and how to make the process as smooth as possible.

WITH THE SUPPORT OF Operative
The new Operative enables media companies to grow, allowing them to act as a true premium platform and open up new markets.

BRIAN LaRUE: What was the biggest motivator or source of urgency in switching OMS?

JESSICA TITMUS: We weren’t part of this urgent need to switch because of Google sunsetting DSM. We were going through the process of switching from the old DSM to the new DSM, and we found some challenges with the new DSM that prompted us to investigate a new order management system.

BRIAN: What in the new version wasn’t working for you? 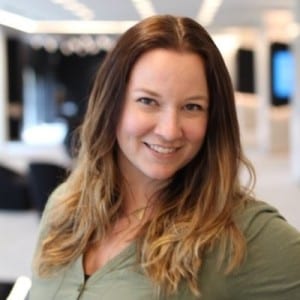 JESSICA: The new DSM was very strict in the functionality and customization we could do directly in DFP. Google’s goal was to make DSM the system of record—any changes to the line item had to be done in DSM, and then pushed into DFP. But here at the Post, the order is entered by one team and ultimately executed by another, and the functional roles of those two teams are quite different. We needed the flexibility to make changes directly in DFP without making order modifications that could impact the contract.

Our other concern was that financial and revenue reconciliation had become less flexible in the new DSM. And the reporting had changed so much that we needed to have our financial reports exported from DSM in a specific format, because of the way they’re uploaded into our other financial systems. With Operative, though, we were able to get very customized reports built for us to match our existing mapping.

BRIAN: Can you speak to any other specs or features you really wanted in a new OMS?

JESSICA: My team administers all of our ad stack systems, and being able to create custom fields and have the flexibility we need for that order management system was important.

JESSICA: The most painful part was in learning a new system—getting all the people trained and dealing with the new UI. But our migration team very much appreciated the in-person training Operative provide.

The easiest thing is that Operative was able to duplicate and mirror our exact setup from DSM into Operative.One, and to do that through loader templates and uploads, so there was very little configuration work we had to do during the migration.

We’re at a good spot now, but in the beginning it was challenging because of the intricacies of the new system. We got all of the flexibility we wanted, but it came with a little extra time in getting our order entry team up to speed in the new tool.

Really fast migrations may be appealing. But it’s worth it to try to carve out 10 to 12 weeks.

BRIAN: Can you tell me more about the intricacies you’ve encountered with Operative and learning to make them work to your advantage?

JESSICA: DSM was a very simple UI, and it made it easy to understand: Doing x, you get y out of it. With Operative.One it required more creativity—but it can do anything you want it to do. A lot of times it requires help from our account management team at Operative, but they’ve always been great in giving us time and helping us through configuration of those elements.

The reporting with Operative.One is highly valuable, and there’s a lot of customizable reporting we can get out of it. The software allowed us to streamline our business processes and consolidate roles, so certain teams could be more involved in the order-to-cash process.

BRIAN: What is your top advice for publishers looking for a new OMS?

JESSICA: My top advice would be not to rush it. With the DSM sunset coming, it’s getting close to urgency. But you should take your time to make sure what you’re moving into the new system is efficient, ready to use, and exactly what you need for your business. If you’re just duplicating one instance into another, you’re going to need a lot more time to clean up anything you’ve brought over from the old system. It’s really worth spending another two to three weeks understanding what’s important to bring over from your old OMS to your new OMS.

BRIAN: It sounds like from your perspective, the switch itself was pretty quick, but the process of understanding the functionalities available in other systems was longer.

JESSICA: Definitely spend the time to vet whether the functionalities are in place. Any OMS on the market right now will give you the functionality you need. What I would suggest is making sure what you’re configuring into the new system is really how you want to run your business. Think about your strategy and how you go to market with your products. Don’t just duplicate the inventory you currently have. This is a great time to think about how the order management and order entry process is going to work for you, and to make sure you’re migrating into a new OMS in the most clean and efficient way for you.

BRIAN: How important is the aspect of the OMS partner’s customer service to this whole process?

JESSICA: It’s really important. Your account management team understands the system better than anyone migrating into it. Operative has been really great with creative solutions, and they’re great at providing consultative services for helping us configure the system in the best and most efficient way for our use case.

BRIAN: Can you share any best practices for preparing for a migration?

JESSICA: I used to do a lot of order management system migrations in previous roles, so I have a lot of thoughts.

The first thing is, regardless of which order management system you decide to go with, I would recommend giving yourself 12 weeks—in other words, start now. A lot of the order management systems that are going to be pitching might also offer really fast migrations, and that may be appealing. But it’s worth it to try to carve out 10 to 12 weeks.

In prepping for the migration, before you even get started migrating your data over, I recommend starting with a product taxonomy. Look at all the products you have in your current OMS. Get rid of anything you’re not using or that hasn’t been sold in a long time. Start with a streamlined list of products, a streamlined list of inventory, ad slots that would ultimately go into those products. Review all the targeting segments you currently have in your OMS, and see which ones you absolutely need and which you might not need anymore.

Talk with other publishers. Learn how they’re running their businesses and their order entry or order-to-cash processes. Learn from their strategies and come up with some best practices. You might even share similar pain points or ideas for enhancement. To get your vendor to optimize and put enhancements on their roadmap, it’s always helpful when multiple clients are asking for the same thing.

BRIAN: Can you share one or two things you’ve picked up from conversations with other publishers?

JESSICA: We didn’t initially go out with the Salesforce Connector—but after speaking with other publishers at Operative’s OP/ED Advertising and Revenue Operations Summit last year, and also at AdMonsters, where for example Operative will be at the upcoming PubForum in Huntington Beach—we came to understand the benefits. Now we’ve been actively working to connect our Salesforce integration with Operative, to make order entry more simplified and to get us a lot more CRM data to simplify the order entry process.