A veteran of the digital advertising space, Walter T. Geer III holds a total of six U.S Patents for digital ad formats and has developed ad products and implemented creative strategies for a variety of publishers and leading technology and media companies including Google, Viacom, NYTimes and MySpace.

After twenty years in the game, from getting his start as The New York Times first rich media hire to his latest role as Executive Creative Director, Experience Design at VMLY&R, Geer has developed a knack for seamlessly melding the worlds of story-telling, design, technology, data, and research.

With an eye toward innovating digital advertising, he’ll be sharing actionable takeaways for publishers looking to change the industry in his AdMonsters Publisher Forum Virtual Keynote, “Resolving the Great Disconnect,” on August 25.

We caught up with Geer to learn about how he’s connected the dots between what he learned in his early ad ops days to now being an agency creative and how ad ops is a breeding ground for innovation and the jumping-off point for a range of careers within digital media and advertising. As well, we talked about the importance of diversity and inclusion in advertising. 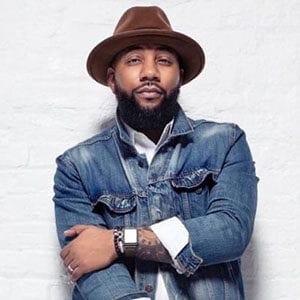 Walter T. Geer: I think what excites me is the opportunity to go someplace that has been long known as a digital powerhouse and working in the health space. Going over there really gives me the ability to take what I do best, which is innovation and creating compelling experiences for brands and level it up on a scale that I haven’t been able to do before.

For the first time in my career, I’ve actually felt as though the work that I’ve done has made a real impact on people’s lives, and it made me really rethink a lot about how I approach my work, my voice, and my platform to help people of color.

It gives me the opportunity to continue doing that but also being able to work across other brands like New Balance and to really lead the innovation—it’s the best of both worlds.

LdJ: You also worked as an ad ops guy back-in-the-day at a publisher. What from that experience has been most helpful throughout your career?

WTG: Ad ops folks are the ones who have to get it right 100% of the time, and just one small mistake—they get beat down. People need to realize there’s a benefit to working closely with ad ops because they’re at the forefront of everything.

They truly understand the technology and how things work and how things are delivered, so these are the people you should partner with to actually figure out how to innovate and how to create better and more engaging opportunities. These should be the people that also have a greater insight into what brands should or should not be doing. They should be integrated at a greater level into things like the sales process, the creative process, and innovation. Unfortunately, they aren’t tapped into as much as they should be.

As we move forward with issues of privacy and other things in the space, we’re going to see publishers start doing bigger and better things with inventive solutions. With programmatic, the ad ops role has been kind of diminished but I think we’re going to see that role start to expand more as we go back to this place of leaning on them to build and create more engaging opportunities.

LdJ: And what advice would you give ad ops folks about their career ambitions?

Ad ops is the nucleus of how brands reach people.

WTG: My first job in ad ops was at The New York Times 20 years ago. I was their very first rich media hire when Flash was just starting to jump out and become a thing—like, “Wow, we can use Flash for ads and we can do DHTML overlays.”

That kicked off my career in a great way because it allowed me to gain an understanding of the delivery of ads and understand the technology and how it all works.

That has been the crux of my entire career—ad formats and solutions and deliveries and how this is built out and how do you utilize technology. Now we’ve moved to a place of delivering with data and taking third-party data and finding—I hate to use this term—the right person, right place, right time, and that all sits within ad ops. Ad ops is the nucleus of how brands reach people.

There’s so much opportunity beyond that in terms of going in the direction of a creative technologist on the agency side—being that creative person that understands technologies and how to bring them to life and how to work with different clients in that space. There’s also the data side, now that data has become such a big thing.

It’s an incredible starting point to learn many of the things about this business that not many other people get. There are so many directions you could move to from out of the ad ops world—creative, technology, data. It all starts with the question, “Where do I want to be?” and the opportunities are endless.

LdJ: A couple of years ago, you wrote a now-famous article about being a Black creative—”Tackling the ‘Black Quarterback Problem’ in Advertising.” With all of the light shining on racial injustice right now, have you seen any changes when it comes to inclusivity at agencies? Or maybe even with advertisers?

WTG: I wrote that article about two years ago, and to be 100% honest with you I don’t think that we’ve seen enough change. I think that we are now, as of recent, in a bit of a moment.

But I also feel that for a lot of companies as a whole, it’s about joining in and tagging along with the conversation as opposed to actually doing the work. So the work to me looks like more than just talking about these issues but providing action. Action, when we talk about the agency world, is about your Black leadership. I want to make sure that we have a seat at the table because for so long we have been told to wait our turn to have these opportunities and it’s unfair.

I think that we’ve seen some changes from some agencies and some companies as well, but not at the pace that we saw for things like the #Metoo movement and white women. I want to see change happen that fast.

LdJ: You’ve provided a platform to help agencies in this regard. Can you tell me about the project, DiverseCreatives, you launched with Ron Lewis, VP and Creative Director at McCann Health? What was the impetus behind it and what has been the reception so far?

WTG: It’s funny because we didn’t know each other a little over a year ago. At the same time, we had both been working separately on creating a list of Black creatives. My intent was to find other Black executive leadership on the creative side so that I could network with them. In my entire twenty-year career, I’ve only worked with two Black creatives, and it was in my last job and they worked for me—they were both engineers.

Ron reached out to me and told me he was working on this list and I said, “I’m working on this list too. Let’s put them together and see where we get.” We were both on one another’s lists. At first, we weren’t sure what to do with the list. But now with all of these agencies trying to make moves—and we’re both trying to get other people of color a seat at the table—we kept hearing that talent is so hard to find. Even with our small list of just 80 or 90 people, we knew that wasn’t true.

I did one post on Linkedin asking people to sign up on a Google Doc. From that one post, we got 1,600 people in about four or five days. Within the next week, we launched a site. And we strategically launched the site with press in AdWeek and Forbes, which gave us the opportunity to show all of the recruiters that we’re out here in high numbers. Now we have like 2,271 people on it—we’re getting like 10-to-15 people added every day. I’ve had every agency reach out to me to ask me about it and it’s been filling jobs.

LdJ: Another interesting point that came up earlier was about brands putting their money where their mouths are. With the pandemic and the racial unrest in the world, we’re seeing consumer behavior shift and people are leaning more towards brands that are mission-based or values-based in their messaging. Have you seen this new wave of messaging in your work?

WTG: It’s interesting you brought that up. I think everyone was jumping on the bandwagon with the Black Lives Matters posts and Black Tuesday posts and what we saw happen really quickly is that a lot of these companies got called out. So what we’re seeing people do is taking advantage of the opportunity by going out and making statements but not really doing the work internally. I think it starts internally first before you go externally to show off work of what you think you should be doing.

If you work at a publisher, brand, or agency, you can hear more insights from Geer in his Publisher Forum Virtual Keynote, “Resolving the Great Disconnect,” on August 25. Register now!