The COVID-19 pandemic has not spared digital media monetization: while many sites are witnessing record-breaking traffic, guaranteed spend is drying up and programmatic CPMs are plunging. Publishers are scrambling to find new revenue streams—though there is an opportunity already in their midst.

Ad-blocking users are too often written off as “lost traffic” when studies show they can help revenue efforts when given the right incentives—anything from less intrusive advertising to the ability to pay cash for content. Considering ad-blocking users can average 15% of traffic, that’s potential revenue you should start capturing immediately.

Before our webinar with the Acceptable Ads Exchange (AAX), The Revenue Boost You Could Use Right Now—Ad-Blocker Traffic (watch the replay!), on April 30, @1PM, I had a conversation with CEO Frederick Leuschner. We talked about the importance of publishers not resorting to bad practices to mitigate revenue losses, why he recommends that publishers should not use a whitelisting solution and whether the death of the third-party tracking cookie will cause the number of ad-blocking users to rise. 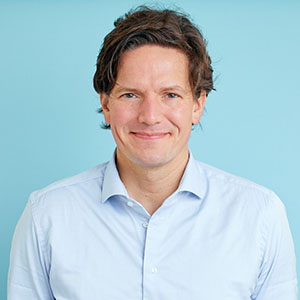 Gavin Dunaway: With the pandemic hitting revenue efforts hard, do you expect to see many publishers revert to bad habits—slapping as much inventory as possible on pages and letting in overly intrusive formats? (Will IBV make a comeback?)

Frederick Leuschner: Yes. Reports across the industry are sobering, showing CPMs across multiple verticals and geos in firm, downward trend. And, generally speaking, a publisher’s most immediate recourse and mitigation strategy is to free up more sellable inventory and place additional ad slots on a page. But this strategy can have significant negative consequences for user experience.

In fact, publishers trying to place additional ad slots could prompt the ultimate adverse reaction from users: an increase in ad blocking. We recently published a study based on data, compiled by GlobalWebIndex (GWI), that examined ad blocking behavior. According to the GWI, the #1 most common reason for installing an ad blocker is the presence of “too many ads”—a direct result of the knee-jerk reaction to finding more inventory. (The second- and third- most cited reason for ad blocking? “Annoying/irrelevant” and “intrusive” ads.)

We can’t answer the question of IBVs, since we’re exclusively serving ad creative compliant with the criteria set forth by the Acceptable Ads Committee.

GD: A recent study, co-authored by scholars at the New Jersey Institute of Technology working with Forbes, predicted how ad blocking users respond to white-listing requests. What did the AAX team find most interesting about the research, and why do you think publishers might want to take a look at it?

FL: If we had to pick only one reason we were fascinated by this study, it would be the quote “we do not recommend the Wall [white-listing] strategy to publishers unless they have a large portion of loyal users.”

This ties directly into the reason that this should be recommended reading for all publishers: the study shows exactly why it’s not recommendable for a publisher to use a whitelisting solution unless they have highly unique, sticky content and a phenomenally loyal user base. To sum it up: whitelisting works for a very small percentage of publishers.

GD: The 3rd-party cookie is on its way out. Since that has driven so much targeted advertising, will consumers now be less likely to install an ad blocker?

FL: That’s doubtful. Historically, people have installed ad blockers because they want to filter out ad formats they find intrusive. People were more concerned about too many ads and too many annoying ads—the data shows that stopping tracking wasn’t a primary concern.

Multiple reports, including our recently-published study based on GlobalWebIndex findings and one from the IAB, have confirmed that blocking 3rd-party trackers is only a tertiary cause for the adoption of ad blocking.

To learn more about the various approaches to re-engaging your ad-blocker traffic—the highly active, tech-savvy and educated audience—while also examining what we can learn from ad blocking user behavior in building more user-friendly ad products and sustainable monetization strategies for a new digital media age, watch the replay of our AdMonsters Webinar: The Revenue Boost You Could Use Right Now in partnership with AAX.