“We want to lead with native,” says Rick Welch, Head of Programmatic Advertising for Flipboard. “We want to be known as a native-first platform.”

While Flipboard has diverse video and display offerings, its home-built native format is quite popular with advertisers. Effective CPMs have proved more lucrative than other formats, advertiser renewal rates are higher, and campaign performance has been more impressive.

As a straightforward distribution source for the content of numerous premium publishers, Flipboard’s mobile app platform is a perfect fit for creative that mimics the aesthetics of its environment. True, standard video and display are more prevalent and drive more demand, but native units simply make sense for all parties in the mobile app environment—they offer better user experience and demonstrated brand lift.

WITH THE SUPPORT OF TripleLift
The Evolution of Display

Because the format is proving such a solid performer, Flipboard is eager to increase the percentage of native units across the app. Programmatic clearly offers the scale that will unleash the giant revenue potential of native. Welch notes that even with limited presence on the open exchange, ECPMs have raised eyebrows.

The challenge was finding a suitable demand partner that didn’t lean on an SDK, which Flipboard did in TripleLift. It’s quite illuminating, though, to understand why that was so important. 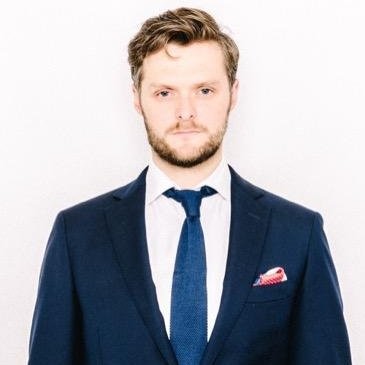 The necessity for SDKs in mobile app monetization has possibly been the biggest challenge to driving revenue in the space.

Of course demand partners are willing to build software development kits and hand them out like candy—plenty of mobile app monetization partners will tell you that driving additional revenue is “As simple as installing our SDK!”

Except it’s never simple—quite the opposite, in fact.

If you want to see veins pop in your mobile developer’s head, just tell him or her you’ve got five new SDKs to integrate stat. Because everyone has their own spin on coding, SDKs are notoriously challenging to install and require through testing and auditing before going live. Updating an SDK typically means updating the entire app, a laborious process that developers avoid like the plague.

“You can’t fully unpack an SDK,” Welch comments. “It’s kind of a black box, one that can affect your app by causing latency.” In addition, a badly designed SDK might prove to be a giant data suck, another potential user-experience killer.

As AdMonsters described in our mobile app playbook, “If an API is an operations manual, then an SDK is a series of how-to guides slapped together in giant binder, likely with extra documentation, troubleshooting (i.e., debugging) tools and some helpful examples to boot.”

According to SDK monitoring services SafeDK, the average number of third-party SDKs across its network was 18.2 during first-quarter 2018. But SDKs are used for far more functions than just advertising, including analytics, social integrations, malware protection, payment resources, location services, and more.

If you want to see veins pop in your mobile developer’s head, just tell him or her you’ve got five new SDKs to integrate stat.

Because of the potential calamity too many SDKs can cause, mobile app revenue teams keep the number of demand partners requiring SDKs limited. In looking for an in-app native programmatic partner, Welch found many conversations with tech providers coming to a halt when the SDK question arose.

“As a consumer product, we’re maniacally focused on the end user experience,” Welch says. “We want to maximize our accessibility for demand partners while maintaining the speed and quality our audience is used to. Until we are sure a particular SDK implementation doesn’t jeopardize this, we won’t be running it.”

Publisher aversion to SDKs is one reason demand providers seem to be backing away from the mobile app space entirely. Another is the lack of opportunity for growth, which may seem to counterintuitive as it’s well documented that consumers are spending more and more time on mobile devices in applications.

So ad networks still seem to dominate the space—perhaps you’ve heard of a big one called the Facebook Audience Network?—although programmatic would seem to be the optimal way for app-makers to monetize and advertisers to target messaging to the most personal of devices.

Easy as Flipping a Switch

A partner with an SDK workaround that can deliver quality revenue gets preference, Welch says, which is why the publisher was intrigued by TripleLift’s solution as it looks to grow its blossoming native business. Bypassing an SDK, TripleLift was able to ride on FlipBoard’s Exchange Bidding connection through Google Ad Manager.

"We want to maximize our accessibility for demand partners while maintaining the speed and quality our audience is used to. Until we are sure a particular SDK implementation doesn’t jeopardize this, we won’t be running it.”

Perusing the provider’s suite of creative products, Flipboard selected a number of executions that best matched its content templates. One challenge in native is that it takes a bit more buyer thought on the creative front; the native platform needs to work as a virtual creative agency, offering the most with often-limited creative assets.

After flipping a few switches, TripleLift’s demand began flowing through EB. Flipboard is also able to run PMP deals through the provider that it sources on its own.

Believe it or not, Flipboard is not entirely anti-SDK—it just takes a good deal of convincing before the publisher will integrate a partner into its tech stack. With such an easy integration—which almost seems unheard of in the mobile app space—Flipboard has been able to painlessly test performance before weighing a deeper integration.

“There’s a lot of opportunity in the mobile in-app space, but it’s not necessarily being realized—yet,” Welsh says. “Native ads in a mobile app environment executed programmatically—that’s a lot of descriptors, but it’s a prime area.”