The widespread availability of location data has long been the central lure of the mobile advertising space—not just zip-code, not just IP address, actual latitude and longitude.

But this is an industry that evolves fast, and to be successful in an increasingly competitive mobile space, advertisers and publishers need to be thinking beyond location to an array of data points, including uses, transactions, and patterns over time. Verve calls it Movement Science—through analyzing movement, actionable consumer behaviors appear.

Digital advertising veteran and Verve EVP Mark Fruehan dives into both the philosophy and science behind movement science, and warns that the mobile train is already moving fast: “if you haven’t got the right partners by your side, you’re potentially struggling to get on board.”

WITH THE SUPPORT OF Verve
The leading mobile platform for location-powered programmatic video and display marketing.

ROB BEELER: Mark, I always look forward to our conversations—it’s been a while. Can you tell me about your role as Executive Vice President at Verve? 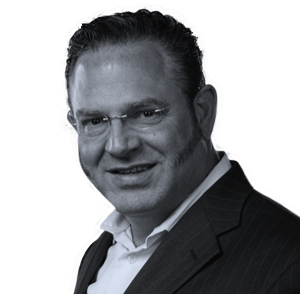 MARK FRUEHAN: Actually, Verve CEO Tom Kenney and I go back for years. Back when I was with AdMarvel, it was Verve that drove some of the top monetization for our partners in the publishing game. It’s always been a pleasure to work with him, and this is a natural, logical next step in that longstanding relationship.

I’m taking the platform Tom and his team have built to the people. We’re fusing its capabilities with the incredible resurgence of programmatic—and we’re boosting, and we’re improving, and we’re partnering. It’s an amazing opportunity and an amazing time for the company.

RB: I’ve known you a long time and your analogy game is strong. Give me a new one.

MF: I’m a boxing fan, a big Jake LaMotta fan, but if I’m placing a bet, I’m taking Sugar Ray Robinson hands down. Let me tell you why: Jake LaMotta did one thing—he just kept coming and coming. Every punch was a haymaker, but he could also take a punch. It was simple game plan and he stuck to it.

I see a lot of publishers and marketers doing the same—just battling the same way day after day. Sugar Ray on the other hand was a tactician. He wasn’t a brawler. He was a genius of the sport—one of the first to watch film of his own fights to see what he could do better.

RB: You might say Sugar Ray had the right punch at the right time.

MF:  Right. Real-Time Boxing!  Sugar Ray would watch the movement of his opponent and counterpunch. This is what marketers and publishers need to do. Jake was like buying scale on the open exchange. Sugar Ray was about precision targeting.

"Desktop is just another signal now, and it’s not a primary one, to be honest. The benchmark is mobile, which is with us every second of our journey."

RB: Sugar Ray could move and I know movement is something Verve is very much focused on.

MF: We’re calling it Movement Science, which represents an enormous range of elements but it can boil down, in one respect, to the viewability and the visibility our partners have into the history of the movements, uses, locations, and transactions associated with a device ID.

And because the mobile world is dynamic, we’re not talking about just those data points in terms of a single publisher site or location, but across the entire digital and physical journey of the consumer for days, weeks, and months.

RB: I’ve always known that location was important, but what you are saying is it’s the movement of people that creates patterns and captures real behaviors.

MF: To really know people, we need to understand the richness of their movements over time. People are not one-dimensional, so why would we expect their data to be? Movement Science can also reach to the level of direct relationships with publishers and get them as close to the consumer as possible.

RB: Let’s talk about publishers. When I was managing regional websites, I considered them “my turf,” right? Because I should know my users better than anyone else. But I need data to do that.

MF:  We help our partners think about their turf as being populated by casts of characters—if you get to know the casts of characters, develop them as far as types and intents, interests and life stages, then you can match them with what Movement Science quantifies about their device IDs, and then you get to know their story in some really interesting ways.

You can be part of that story with them, in ways that they actually prefer: ways that feel organic, and contextual, and right. You can start thinking about mobile advertising as a way of inspiring and anticipating and enriching what happens on the smartphone screen; you’re not just blasting away; you’re actually bringing value to the consumer.

RB: Speaking of blasting away, we developed some nasty habits on desktop and I’m always hearing about the “move to mobile.” You’ve been championing mobile since I’ve known you. Doesn’t that desktop to mobile talk drive you crazy?

MF: I’ve got another analogy for you: the train’s moving fast, and if you haven’t got the right partners by your side, you’re potentially struggling to get on board. Man, that train is not slowing down. We’re here to solve that challenge: here’s your train, here’s your ticket, let’s get you out of the station and on the right track.

Desktop is just another signal now, and it’s not a primary one, to be honest. The benchmark is mobile, which is with us every second of our journey. The whole approach to measurement and metrics, analytics and verification and proving value — these are mobile conversations. The ways we evaluate success, whether it’s CPV, CPIV, incremental lift, name one … they’re now rooted in tactics and reactions that go way beyond.

RB: So desktop will be left behind?

MF: When 5G lands, the mobile experiences and approaches—on-screen, AR, VR, mixed—these are going to travel so far off the old desktop map that I don’t know if we’ll even think to ask each other questions about pre-mobile expectations… Not when it comes to what this technology can do. It’s an interesting question to ask though, because it focuses us on how enormous the transitions have been— these past 10 years at least.

RB: So what’s the best approach for publishers and marketers to take right now?

MF: The way we see it, right now, there are so many opportunities around location, data, media, and getting something meaningful onto people’s screens—but some of it must be getting lost in all the noise, right?

It takes a platform that can cut through the noise. Because we, as a society, how we manage our daily lives, it’s a real-time space, whether we’re looking at the weather or checking the sports scores or getting the latest news. The days of planning 30 days, 60 days out? That’s the way of the dinosaur; there’s your old desktop-marketing think. Facts are, we’re in a real-time planning and spending market.

So, what’s at stake? It’s your customer. It’s engaging your customer, staying in front of them, understanding what they want, and delivering on their terms on the device they use for five, even six hours per day. And if you don’t do it, somebody else will try to take them away. We’re putting Velocity and Movement Science in the hands of our stakeholders so they can capture their customers’ attention, and interest, and loyalty — and they can build something powerful despite all the speed and noise.

"So, what's at stake? It's your customer. It's engaging your customer, staying in front of them, understanding what they want, and delivering on their terms on the device they use for five, even six hours per day. And if you don’t do it, somebody else will try to take them away."

MF: We’re taking the years of technology that Verve has developed, and the years of patented Movement Science approaches that we’ve curated, refined, and deployed. All of this is now part of what we’ve launched—we call it Velocity. We’re driving a premium programmatic type of open marketplace. It’s a huge step. Huge step.

Traditionally, Verve was one of the top platforms for monetizing mobile directly for publishers and working with agencies and top global brands—which we still do. Now we’ve unleashed that technology to bring up a marketplace where we’re matching buyers and sellers who are looking for location context, and location context in audiences, and we’re de-risking the whole open-exchange and third-party nightmare with a brand-safe, fraud-free, privacy-sensitive environment.

Our ideal tribe is full of stakeholders who are hungry for the way mobile and location create advertising context. We are, and always have been since day one (way back in 2005), first-party evangelists —adding to that some rigorously cleansed third-party for scale—and we’re always matching and driving new relationships in a premium direct way.

MF: Look, both hyperlocal and rich media creative are still a challenge with programmatic. But as the DSPs evolve and they understand the importance of movement, you’re going to see mobile scale immensely. At Verve, we’re already coming out swinging.