Recently the tech media was awash in panic over mobilegeddon – end times were nigh as Google was switching up its search algorithm to favor mobile-friendly responsive design sites. However, mobilegeddon has long meant something different to digital revenue specialists: publishers witnessing increasing amounts of mobile traffic with dwindling revenue in return.

Mobile monetization efforts have come a long way over the last few years, but publishers remain flummoxed while advertisers are dismayed by channel performance. I chatted with Opera Mediaworks’ Mark Fruehan to get a better idea of the current mobile landscape, how publishers are approaching creative obstacles and just why a tech company would pay brands to make mobile ads.

WITH THE SUPPORT OF Opera Mediaworks
Our technology powers the biggest publishers in the world, enabling marketers to convey the highest quality ad experiences to more people in more places when it matters most.

Rob Beeler: What are your feelings about the future of the app economy? It always seems there are shifting tides between mobile web and apps; which side is winning now? Is a mobile app the right answer for every publisher?

Mark Fruehan: The stats from numerous sources – comScore, Nielsen, eMarketer – all point to the fact that the majority of consumer time spent with mobile is in-app. So while every publisher may not have the resources that are necessary for building and maintaining an app, the companies that can definitely should.

And that’s because the benefits of an app are so readily apparent. There’s customer engagement – meaning control over how users experience your content. There’s data and targeting – with app permissions giving you the ability to connect with precisely the right users at specific times and locations. And then there’s overall monetization – because at this point, it’s far more lucrative for publishers to monetize mobile content in an app, than on the mobile web with banners. It’s almost a no-brainer.

RB: What is the app opportunity for publishers? 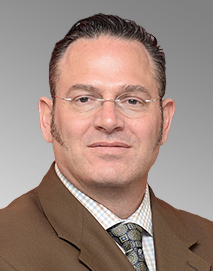 MF: It comes back to the ability to control the user experience. People develop relationships with the apps they use. That creates a unique opportunity for publishers to interact with them in a way that respects that relationship, and shows users that the publisher believes it’s a valuable one.

This applies to the content, but especially to the advertising experience. The rules of advertising on a mobile device need to be followed – and they’re different than the rules for desktop ads.

MF: For entertainment apps, it’s as simple as not interrupting the experience – for example, planning a buy so that the advertiser is not delivering a 30-second preroll before a minute-long video clip. It’s also about ads that look and feel sleek and entertaining. So instead of a grainy banner, or a 15-second spot that is clearly just cut down from a TV ad, it’s an HD-quality video with snappy cuts that are made for a mobile viewer.

For apps that serve some sort of utility, serving an ad at the wrong time can be a losing proposition for the user, and thus the advertiser and publisher as well. If someone is in the market for a compact car, and has been using the Edmunds or KBB.com app to research options, serving them ads for large SUVs is a waste for the advertiser, and makes it seem like the publisher does not value the relationship they have with the user.

Conversely, an ad at the right time, with the right creative – in this case, a video that highlights how a certain compact car beat a luxury rival on the highway safety tests – becomes a highly personal and valuable experience. Then everyone wins. When publishers build these kinds of opportunities into their apps, they can generate a lot of revenue.

RB: But that means apps are custom, and custom doesn’t scale.

MF: It is far easier and faster to create an engaging ad that fits within the overall intent of an app – be it entertainment or utility – than it used to be. Add in programmatic trading and you get automation, scale and the ability for buyers to use data for targeting and optimization.

RB: But doesn’t mobile have a data problem?

MF: How so? In many ways data on mobile is better than what’s available on desktop. A mobile device is very personal, in most cases it’s on for almost 24 hours out of the day, and it travels with the user. For some publishers, apps even include additional data like locations, logins, sentiment. All of this creates some unique data and real opportunities for buyers.

RB: Touché. I’ll concede mobile has some unique and powerful data qualities, but buyers need to be able to automate their buying at scale. How does that work if everyone is developing apps with non-standard advertising opportunities?

MF: The “standard” part of programmatic is the piping – the connecting of systems – but what we push through that piping doesn’t have to be standard. An example is native advertising, which we help publishers sell through programmatic channels. We’re not confined to 300x250s.

Take Instant-Feed™, our auto-play video ad unit that fits within a publisher’s news feed – and a native mobile video format that Facebook and other companies are starting to offer as well. Users scroll through the content like they ordinarily would, and instead of seeing a banner, they see a visually interesting piece of sponsored content. There’s no reason that once the specs for these ads are available – the tags, the creative, the targeting parameters – that the information can’t be sent to an ad server.

We’re adding this inventory to our own Opera Select programmatic marketplace, and I would imagine that as other new, native ad formats emerge, they will get plugged into the various programmatic trading platforms currently in place.

RB: It’s interesting what you are saying about going beyond standard since so much of programmatic is built just to support standard ad units.

MF: Look, when people took desktop programmatic principles and applied them to mobile, the market took a step back. You need to think mobile first when developing programmatic solutions for mobile.

MF: An SSP has to be more than a matchmaker. Part of what we do is we create demand, but also take the extra step of certifying demand. We make sure the buyers know the specs for the inventory before they can buy it.

RB: That’s great if as a publisher you are working with agencies that are thinking about creative on mobile. Too often, that’s not the case. How can we get more agencies to create mobile specific creative that really pops.

MF: That’s an issue that is near and dear to our hearts – which is why we launched the Native Video Fund in Q1. We wanted to get leading brands and agencies to think “mobile-first” when it came to creating campaigns, because that’s what it takes to fully leverage mobile as the powerful, personal and effective platform it is.

We had to put some skin in the game though, which is why we were willing to offer up to $100,000 to each brand or agency that participated. They needed to have the “sandbox” to think outside the standard 30-second spot – just without the pressure of delivering an instant ROI, so to speak – so we created it for them.

The fund was split between resources for creative and the value of the media – the price it would cost them to pay to run the ad with our publishers, anyway – and although most of the brands took the media, some of them took the investment in both. What all of the participating companies took – from 72andsunny, to GM/OnStar, to Carl’s Jr. – was our advice. We worked with them throughout the process to conceptualize, optimize and target these ads, and we’ve seen some incredible results. So they got to play in the sandbox AND still get their ROI.

RB: Why on earth would you pay brands to make video ads?

MF: Because we believe that mobile is changing the storytelling process. And what better way to demonstrate that than to get leading brands that people know and love, to use mobile to tell amazing stories?

RB: Please clarify what “native video” means. From what I can tell, it’s instream video served within a content feed.

MF: For us, that’s pretty accurate.

RB: Publishers are wary of in-feed video ads, particularly since they could be seen as more intrusive than a pre-roll video. In fact, they seem more akin to interstitials – what encourages adoption of in-feed?

MF: Publishers haven’t been wary of that specifically, but we’ve had some hesitation from companies that thought they needed a high volume of video to run video ads. With Instant-Feed, publishers don’t need to try to be video producers – although many see the benefits of creating video content. They can just run ads that fit with the way users have become accustomed to experiencing content in their apps: by scrolling the feed.

In terms of being interruptive, our ads only auto-play as users scroll over them. If the user keeps scrolling, they shut off. The only way they play through, is if the user makes it clear that they’re interested. This has actually inspired advertisers to make their video content more compelling and get to the good stuff even faster, because they know that users have the option of moving on.

The bottom line is that if these ads weren’t effective, we’d know because of poor completion rates – and that’s not what our publishers or advertisers have experienced since we launched these ads late last year.

RB: Amazing the lengths we have to go through as an industry to move budgets into mobile – where all the consumers they want to reach are already.

MF: Hey, mobile is great, but it’s also hard. But that’s what makes it fun, right?