The first AdMonsters I attempted to go to was Portland, Oregon, which coincidentally is where 120 or so publisher revenue specialists are about to convene Aug. 12-15 and hear Twitch SVP of Revenue Scott Newton deliver a keynote on his company’s meteoric rise. (PubForum #9 in August 2003, for comparison, had a whopping 53 attendees.)

Unfortunately, I wasn’t able to attend the festivities in Portlandia in 2003, but I did finally make it to the PubForum in Austin the following year. I knew no one and I was nervous. Yes, imagine an opening night reception where I don’t show up like this: 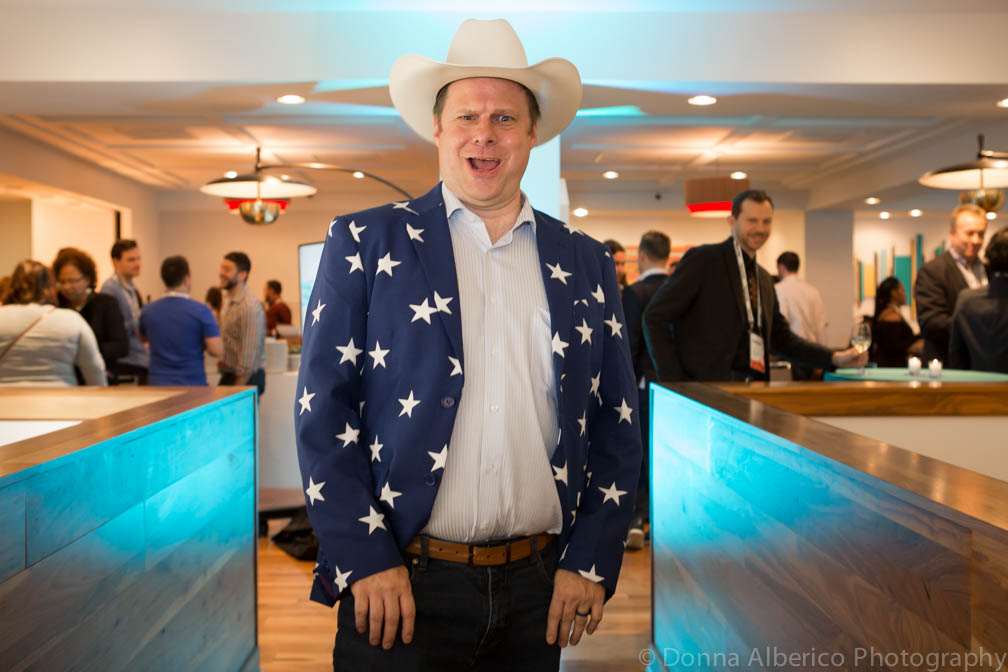 Monday morning I grabbed a seat. On my right were Scott Newton and Eric Harris, who at the time both worked at the Washington Post. A few people down was April Schiffman from Disney, and a little further away was Matthew Goldstein from MTV Networks. If you’re not familiar with these names, you should be.

Everyone at the event was helpful. Everyone understood what I did. I had found my people.

Scott was in charge of inventory management at the time, and it fascinated me that someone was dedicated to that task. I’m not normally a notetaker, but I was furiously writing down ideas to take back to the office just based on conversations with the people around me. Many of them I wouldn’t be able to implement any time soon – but for the first time I had a road map.

Adrian D’Souza presented on Tuesday about CNET’s set up and ad product development. He laid out how they structured their departments and processes. The information from that session alone set my career on a new trajectory.

There was more than ad ops shop talk—we shared an experience together. Get some of us together and we’ll talk about “Mardi Gras Austin-Style”—the bus tour that got lost. Scott may recall having to pay me a dollar for every time one of the speakers mentioned he was Canadian. Yes, I was the class clown from my very first AdMonsters.

Fast forward to today. We’re about to head to Portland and Scott is the keynote speaker. Scott somehow figured out that a company that streams people playing video games (and now other things as well) would be a thing. A thing, by the way, is something that sells for $970 million to Amazon. 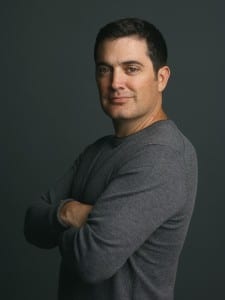 Scott is the SVP of Revenue at Twitch—a role where I’m sure his ad ops/inventory management background helps him everyday. But he’s hit another level now, and have so many of the people I met at AdMonsters in those early days.

Eric Harris, whom I mentioned before, is the COO and President of Cheddar. Bryan Moffett is COO of National Public Media. Ben Barokas is freakin’ Ben Barokas.

If you have ever attended an AdMonsters, you have sat next to a future leader in our space — if you aren’t one yourself. You have developed connections you will use throughout your career. You may have also made lifelong friends.

You have stories from your adventures at AdMonsters (Bowen Dwelle, the founder of AdMonsters, was always adamant that AdMonsters shouldn’t be an event – it should be an experience). You came back to your office with a ton of new ideas gleaned from sessions and hallway conversations.

And you shouldn’t stop coming. I’m now watching the next generation of industry leaders emerge. Don’t you want to see the next rising stars?  If you’ve made it to that higher level, you shouldn’t deny your people the chance to attend as well so they can start building their networks and developing their careers.

I am certain that back in 2004 if I told Scott I’d be introducing him someday as the keynote speaker, he would say, “Cool.” Of course he would—the idea that some of the AdMonsters community are going to run the show some day isn’t inconceivable.

It’s simply a matter of time.