“I’d describe myself as a direct, relentless, analytical leader who cares for his people, builds great teams, and tries to have a sense of humor and make work an enjoyable place to be.  A big part of my success has been due to making bets, taking risky moves and being in the right place at the right time,” says Eric Harris, COO of Altice News & Advertising. “It doesn’t always work out that way, but if you work hard, work well with others, have a good attitude, and take on new responsibilities, the right leaders will recognize it.”

During his Publisher Forum Santa Monica keynote address, “From Ad Ops to General Management—The Power of Assembling Dream Teams to Tackle New Frontiers,” on Tuesday, March 10, Harris will discuss how his early involvement with AdMonsters set him on his ad ops path and how he’s been building high-performing teams at top-name, innovative organizations ever since. 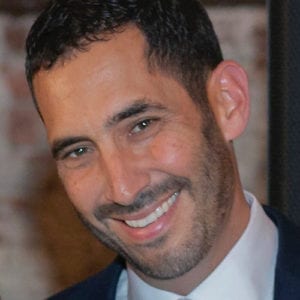 In the early part of his career, Harris had a successful consulting business, but after two years, he felt the need for growth. “Everyone thought I was crazy for walking away from high-paying consulting, but I was never going to develop as a person and would never have gotten the opportunities I’ve had if I didn’t make a move,” he says.

And in 2000, with the burgeoning success of the internet, an opening for a Director of Operations at The Washington Post gave Harris exactly what he was seeking.

It was in that role that he became acquainted with AdMonsters. “It was a 40-person forum back then and a great space to bounce ideas around,” says Harris. “AdMonsters was instrumental in introducing me to other leaders in AdOps and allowed me to become a leader in that space as well.”

Five years later, Harris decided it was time to push himself again. New York was the center of ad technology and he wanted to be a part of it. He was recruited by Operative, a small start-up at the time, that afforded him the opportunity to combine his consulting skills with his AdOps experience.  At Operative, Harris started with professional services where he built a terrific team of “athletes,” hired great people like Peyton Marcus, and quickly put himself out of a job.  He then moved to Product where he built a team of product managers who continue to build great products in senior product roles at Operative and elsewhere.

That’s when a venture capitalist introduced him to Jonah Peretti and his company, BuzzFeed, for an opportunity that would make Harris one of the earliest employees of what is now one of the largest digital media companies in the world.

“BuzzFeed was a great place to start early on.  It was clear in my first meeting with Jonah that he was a visionary with a clear idea of where media and social media were headed.  I took a big chance in 2008 and the first couple of years were not always easy, but not joining a smart guy like Jonah in a role where I knew I would learn and grow was an opportunity I was not willing to look back upon and regret.” Harris says.

Harris contends that one of the best things about working for a startup like BuzzFeed or Cheddar is the fast pace, the ability to make decisions, learn from mistakes, work with great people, and make an impact.

But hiring early-on proved challenging.  “It was difficult to hire at first because people didn’t want to come to a 10-person company known for cat memes and listicles,” he says laughingly.  That perception led him to change his thinking about how to fill roles at BuzzFeed. According to Harris, “Rather than looking at specific skills, we focused on intangible attributes like curiosity, energy, teamwork, and the sense that they wanted to be a part of building something big.”

BuzzFeed’s rapid growth from 2011 to 2014 meant that they had to promote their best performers on a frequent basis and Harris takes pride in how they were able to identify the right people to promote and manage people who used to be their peers.  He notes that many of his early hires were instrumental in helping the company move fast, innovate, and do great things.

Our Cheddar core values are Direct, Relentless, Proactive, Ethical, and Different, because this is how we wanted and continue to want the company to operate.

At some point though, when the growth of the company slowed, it became difficult to keep the employees happy when the direct reports of the new managers were also asking for promotions. Harris admits that although there was virtually no attrition during his tenure there, it was definitely challenging to keep everyone happy.  After more than seven years of an “amazing ride” at BuzzFeed with plenty of growth, it was once again time for Harris to move on.

After a year at a small startup called KnowMe, Harris rejoined his former BuzzFeed boss and mentor, Jon Steinberg, who had gone on to found Cheddar, a live streaming business news network.  Steinberg asked Harris to again be his partner as Chief Operating Officer.

Harris continues to build teams at Cheddar, now an Altice company following a 2019 acquisition, based on the practices he adopted in his BuzzFeed days, always looking for the intangibles.

“Our Cheddar core values are Direct, Relentless, Proactive, Ethical, and Different, because this is how we wanted and continue to want the company to operate.  This type of culture isn’t for everyone and we use and share these values with candidates to help us attract and hire the right people,” says Harris.

“Hard work, trust, mutual respect and fun are critical to me at work and in my personal relationships.  The people who love working for me are the ones who value these same things,” he adds.

Harris sees ad technology as a great early, mid, and senior-level field for those who have technical skills, and enjoy analytical thinking, problem-solving and want to learn how to make money and drive a business.   But he’d like to see more people in the field moving into general management roles.

“It’s not a hard move to make,” he advises, “The skills are very transferrable and desirable in other parts of the company. As leaders, we have to help more people navigate that move.”

To learn more about how you can expand your experience from ad ops to management, join Harris Tuesday, March 10 for his keynote, “From Ad Ops to General Management—The Power of Assembling Dream Teams to Tackle New Frontiers.”