Why do I say that? Well, on a fairly regular basis I get a text, an email or pulled aside in person to be told, “I just caught up with X and we talked about that time at AdMonsters. Do you remember that?”

Seriously, last week at a mixer in New York [should I say Beer & Ad Ops to make it more ‘real’ or does that come off wrong?], a whole new group got to hear Ryan “the Ad Tech Poet” Abrahams and I relay the story now known as “the girls and the guys and the girls” (sorry, inside joke that the people who were there would love to loop into).

Several years ago at AdTech (remember AdTech the conference?), a mini-AdMonsters reunion broke out and security told us we have to loiter somewhere else. Nothing makes my AdMonsters-biased heart grow than an impromptu AdMonsters session at another event.

Of course, any conference that’s been around since 1999 is going to have its legends and lore. Santa Monica will be our 50th Publisher Forum. The number seems incomprehensible.

Of course, being 50(ish) myself, I always found that number inconceivable. The good news is 50 is the new 30. You can still go out all night, but sometimes – sometimes – staying in is just as enjoyable. In fact, you start to think about maybe going to the gym tomorrow without a hangover. If there is an advantage to being 50 it’s having all these stories and all these connections.

Every Pub Forum is different, not only because of the location or the topics du jour but because each one took on the personality of the group that attended. Some groups are more productive than others and you can feel the industry move forward with all their energy.

Others…well… I’m not sure if a “collective hangover” is an actual thing, but if it isn’t, we made it a thing. Each and every Pub Forum is an experience. I sometimes wish we didn’t call it a conference. “The AdMonsters Experience, Santa Monica 2020” sounds pretty cool, no?

It’s because of this, I find it hard to identify a “favorite Pub Forum” or “favorite location.” Here’s my attempt to narrow it down:

My First AdMonsters Pub Forum: Austin, Feb 2004. Nothing feels better than that moment you find your people. To that point in my ad ops career, I lived on an island. Like the girl in the bee costume in the Blind Melon video, in Austin, I found my bees. 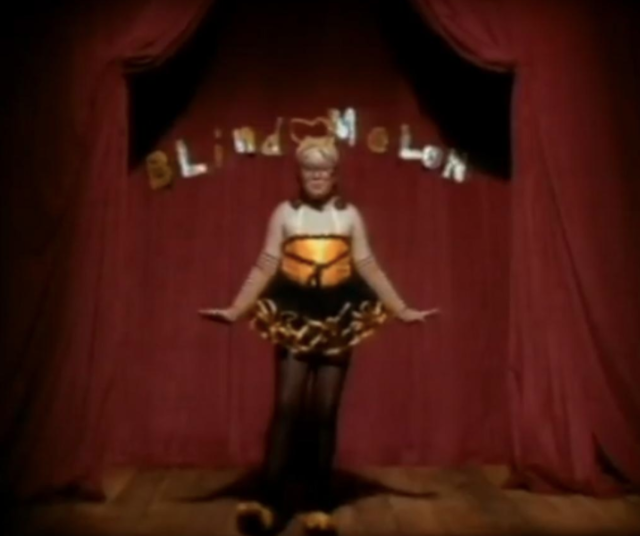 (Not Beeler’s first Pub Forum costume. In fact, that’s not even Rob Beeler.)

That first Pub Forum changed my career trajectory within weeks of attending. I now walked into meetings with everything I learned at the conference and with the connections to learn even more from. Having a community behind you in your decisions is a super powerful resource.

My “interview” for AdMonsters, Boulder August 2008. By summer 2008, AdMonsters had grown my career, but it was Boulder where it took my career in a whole new direction. I actually thought when Bowen and Matt pulled me aside that I was in trouble. By that point, “AdBeeler” was a running joke and I figured they weren’t happy. Instead, they saw someone who embodied the AdMonsters spirit. I know I would cherish that moment even more if I wasn’t so damn hungover. Bear Fight anyone?

My First (US) AdMonsters, New Orleans Feb 2009. First AdMonsters as an employee and my keynote is stuck in an airport in Denver. After being told I shouldn’t be drinking that much during the conference, I found myself hunting Adrian D’Souza on Bourbon Street to step in and speak. Dear Adrian, one of the nicest guys in Ad Tech, made me do shots in exchange for his help. Well played, Adrian. Well played.

My favorite offsite activity, Memphis 2011. A running tour of Memphis sounded like an interesting idea until you realize Memphis isn’t really designed for that kind of activity. Add the fact that it was pouring rain, and all that remained were four people for this particular Tuesday activity.

We ran much further than what was advertised and our guide talked the whole time—sometimes not even about Memphis, he just talked and talked. The four of us ran and barely spoke a word the whole time. But the laughs we let out when it was done were magical.

I’d love to keep going with this “running tour of AdMonsters.” Sometimes, I think that maybe I should write a book, but I feel like not all the statutes of limitations have run their course. Maybe one day.

The stories we tell about AdMonsters tend to be about the extracurricular stuff—be they at the bar or the activities. I’d be remiss to not point this out. The fact is, the quality of the content was always dependent on the attendee.

Ops people attend conferences differently than others—we NEED to get something out of it. We WANT to learn more. The people who dive in with this approach always got value and gave value to everyone else.

I have the honor of watching people ask their first question of the group and then watch that nervousness fade. That same person soon becomes a leader in our community. I then see them speak at other events and watch their careers take off. I start to hear how they transformed something at their company.

That first question at AdMonsters launched a career. Those are my favorite memories of the Pub Forums I’ve been at.

I can’t wait for the memories the Santa Monica Experience will provide. There will be many.