In this day in age, it is growing more and more difficult to rely on banner ads. Consumers are training their brains to tune them out, and publishers feel it as their RPMs are negatively affected.

With the advertising ecosystem constantly changing, buyers are always seeking ways to improve ROI, and sellers are always seeking new ways to diversify revenue — interstitial ads are moving up on the list as a solution to both challenges. A recent study conducted by Adnimation found that the average eCPM for interstitial ads was 4,094% more than the average eCPM for traditional banner ads.

For publishers looking to boost their revenue, new research proves it’s time they shift their perspectives and reconsider any reservations they have. Interstitial ads have high viewability, which breeds high click through rates. The high eCPM rates are also a benefit to publishers.

The aesthetic of interstitial ads, without a doubt, instantly grabs users’ attention but is that always a good thing?

Let’s remember that there was a time when lots of publishers turned their back on interstitial ads because users felt they were intrusive. Also, Google isn’t too fond of them, and their new Development Program Policy prohibits developers from placing interstitial ads in front of consumers while gaming.

Despite all this, with proper placement, frequency capping, and a transparent “X” button, interstitial ads can realize their full potential. Tomer Treves, co-founder and president of Adnimation provides a more in-depth overview of interstitial ads and their ability to drive publisher revenue and advertiser ROI below.

Tomer Treves: Advertisers seek users’ attention, and traditional display banners suffer severely from banner blindness. This means that when they appear next to the content, users know how to focus on the content, and they just physically don’t see the banner. We have heat maps that show that this has been happening for years.

But it’s worse than that. Without professional monetization, many of the display ads are not viewed at all. An article can have ten banners that are way below the fold, which nobody has ever scrolled down to; therefore, those ads have zero viewability. The advertiser pays for them, but users don’t see them, so the return on investment for the advertiser is zero. Some banner ads have high viewability and give a good return, for example, high-quality in-content banners, but overall, the average return for display banners is relatively low.

On the other hand, interstitial ads on desktops cover the whole page. Sometimes it even takes a few seconds until there’s an ‘X’ button, so the users give it their full attention on a relatively big screen. This is exactly what advertisers seek, and they’re willing to pay top dollar for it.

From the publisher’s point of view, it’s an intrusive ad, so there’s a need to balance it by reducing the number of banner ads and implementing a frequency capping so the ads won’t run too often. But you can charge a very high price for them.

YY: Mobile devices also saw a significant performance gap between banner and interstitial ads. On mobile, interstitial ads outperformed banner ads by 3,241%. Do you project this increase to continue? 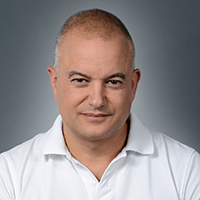 TT: Mobile devices also have a viewability issue because they have a small viewport, so the users only see a small portion of the content at any given moment. The users also learned how to scroll very fast past banners. That is why, on average, the return on regular banners is relatively low in contrast to interstitial ads, which attract the user’s full attention, making advertisers willing to pay much more.

So yes, this increase will continue. However, publishers must be cautious to use interstitial ads sparingly because they can come at the expense of user loyalty. If there are too many interstitial ads, users might not return.

YY: From my research, I learned it’s nearly impossible for a user to ignore an interstitial ad. What is it about interstitial advertisements that stand out and instantly grab user attention?

TT: Interstitial ads grab users’ attention because they cover the entire screen space. Sometimes, the ‘X’ button takes time to appear. It’s actually a good idea to change the location of the ‘X’ button occasionally, so users won’t get used to them and click on them too fast.

TT: I understand and agree with them. I don’t like ads; no one likes ads. It would be wonderful if we could have sites with no ads at all. But as long as we want to give users the ability to consume content for free while still generating income, we need to give away some of the users’ attention to the advertisers.

That being said, Adnimation recommends fewer ads for higher prices. We don’t believe in too many banners that clutter the site and cover the content. And when you use only smaller-sized ads that are out of the viewport, you need to put a lot of them to get to the prices you need to cover your costs and make a profit.

Interstitial ads are aggressive, but you can limit their number with smart frequency capping – per user, per time unit, and according to users’ behavior. Because you are charging an average of 4,000% more for interstitial ads, you can have a smart balance – serve some interstitial ads and fewer standard banner ads. Ultimately, you will have fewer ads, but your ad revenue will still increase.

YY: Did any advertisers in the study experience any challenges with interstitial ads?

TT: Definitely, yes. After introducing interstitial ads for the first time, some advertisers received complaints from users. It’s not easy for a publisher to receive complaints. And whenever they do, they forward them to Adnimation, and we need to offer them an explanation.

YY: How can publishers use interstitials as a revenue driver while showing fever traditional banner ads?

It’s not that every advertiser is willing to pay so much. They need to understand the return they get on that unit, and there is a huge gap between how much they’re willing to pay and how much they’re actually charged. That is why you need sophisticated technology and ongoing management to maximize prices to the level we can get for our publishers.

It’s not just a small piece of code and ‘wow, I’m making so much money.’ It requires advanced technology and ongoing real-time management like the service and technology that Adnimation offers its publishers. It’s not an easy solution, but it’s a smart solution.

YY: What do you foresee for interstitial ad placements and their ability to drive revenue in the future?

TT: Nothing is going to stay as it is today. The world of ad tech and ad placement changes constantly, and the pace of change also gets faster and faster every year. I’m almost 100% sure what I know now will not be the same three years from now.

But in 2023, interstitial ads will play an essential part in a publisher’s ability to make money, and publishers who partner with Adnimation will enjoy this new level of revenue.

Since most of our partners are with us for a very long time, whatever comes ahead in 2024, we will be there ahead of time to analyze the changes and ensure we have the next best solution ready for the years to come.