This Black History Month has launched in an unexpected way. Instead of the necessary but usual reminders of some of this nation’s greatest leaders, we were met with action by new media disruptors.

Introducing Capital B, a new nonprofit newsroom founded by two mainstream editors, Akoto Ofori-Atta and Lauren Williams, who launched the pub after leaving leadership positions at The Trace and Vox. Their digital media startup is dedicated to publishing hard news, investigative journalism, and practical information written by Black journalists, for the Black community.

At a time where niche and local publications seem to be evaporating, Capital B recently launched with an impressive $9 million in philanthropic backing for its national hub and local newsroom in Atlanta. The Ford Foundation, American Journalism Project, John S. and John L. Knight Foundation, and Yellow Chair are among their largest donors, along with $95,000 received from 550 small donors.

This backing has allowed the publication to quickly expand from just two co-founders to a news team of 16. They hope to grow to 27 employees along with opening another local newsroom before the end of the year. Outside of donor funding, Capital B does have a paid membership program and paid advertising to support their local newsrooms.

Capital B boldly comes to the marketplace at a time when local journalism is climbing its steepest hill and many publications are falling to their end. Over the past 15 years, 2,100 U.S. newspapers have ceased publication, resulting in 1,800 communities without a local news outlet since the beginning of 2020. Just when you thought it could not get worse, the Coronavirus came causing 30 additional newspapers to close or merge in April and May 2020, and that domino effect is only continuing.

Ironically, this happened at a time when local coverage was and probably still would be at its peak viewership. The decline in local news options could be the reason why so many have opted out of viewing the news altogether due to a lack of connection with what’s happening right outside their door.

However, Capital B approached its launch methodically, steering away from becoming a for-profit publication and opting for a nonprofit revenue model diversified with philanthropic funding, donations from individuals, corporations, and members, as well as advertising and sponsorships.

This is a growing experimental trend, as more nonprofit newsrooms are popping up around the country including The Ohio Local News Initiative and Houston Local News Initiative also backed by the American Journalism Project. This approach gives local news organizations the opportunity to cover hard topics fully and unapologetically without relying so heavily on ad dollars.

It’s important to note that while these nonprofit publications are largely funded by philanthropic organizations in the beginning, it is up to each outlet to “keep the lights on” going forward with direct monetary support from the local communities they serve.

If nothing else, the nonprofit-funded local news media model is, for some, a welcomed alternative to the private equity investment option.

While organizations like American Journalism Project have made a significant promise to help end news deserts and aid local nonprofit news, it’s somewhat limited to well-known metropolitan areas. There’s a higher likelihood that publications in larger markets will have a more immediate impact which equates to minimal risk. This focus leaves out the underserved local communities (that are usually predominantly Black) who likely need a high-quality news source right in their backyard that they can trust.

Although Capital B is still in the infancy stage, its national hub could provide a localized feel for Black readers, as the narrative will be controlled by reporters and editors who can closely relate to the issues they’re covering.

We admire the tunnel vision and dedication that local news outlets have on the areas they serve and Capital B is no different. They are laser-focused on reporting the good, bad and indifferent pertaining to the Black community and that is what journalism is all about isn’t it? 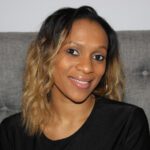 Raquel Hudson is an award-winning marketer and writer with over 15 years of experience in brand strategy and communications for out-of-home, online, television, and radio platforms. Most recently, Hudson was the vice president of marketing communications at Captivate where she led all thought-leadership communication, internal & external collateral, public relations, and event execution. Prior to joining Captivate, Hudson was the marketing manager at One Solution where she co-produced highly targeted programs for blue-chip advertisers around diversity and inclusion. During her career, Hudson has developed research-led articles for Ad Age, Adweek, and MediaVillage.