If you were to look across the room at an ad tech event attended by executives, you might find yourself immersed in a sea full of white men. There are surely a lot of women working in ad tech, they’re just not in leadership positions.

In fact, when it comes to gender diversity in ad tech, back in 2015, Denise Colella, then CEO of digital ad tech firm Maxifier found that only 2.9% of ad tech CEOs are female, a lower figure than the 4.8% of Fortune 500 CEOs. She and her company also found that only 10% of ad tech board seats were held by women, which was below the 15% rate of Fortune 500 companies. And not surprisingly, over the last six years, the numbers haven’t increased all that much.

So what’s the problem with ad tech? Is it that ad tech comprises advertising and technology, two industries that have grown up as boy’s clubs since time immemorial? Is it a deeper cultural issue, where women don’t feel comfortable working in the environment? Or is it a pipeline problem, where there aren’t enough qualified women candidates to rise to leadership positions? If you said yes to all of these, you’re batting 100.

But often, the onus is on women to fix the problem, when it really shouldn’t be.

In celebration of International Women’s Day and Women’s History Month, I reached out to Brenda Salce-Garcia, Senior Vice President, Global Customer Success, Operative and Co-founder & Empowerment Partner of TechBae, a community-driven organization that brings together women from leading ad tech and media companies to lift up and empower one another. I wanted to get her take on the gender diversity issue within the space, as well as to learn what she thought some of the solutions might be. 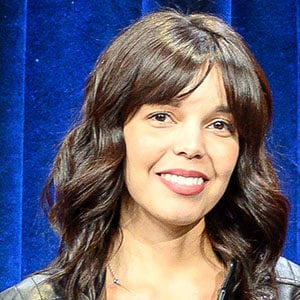 Lynne d Johnson: In honor of Women’s History Month and International Women’s Day, I thought now would be a great time for folks to learn about TechBae and why you and your co-founders started the organization.

I know that the founders are you and four other female executives in media and ad tech, but what was your mission—what was the primary problem that you wanted to solve?

Brenda Salce-Garcia: Tech Bae was started with the simple yet powerful notion of supporting under-represented women and doing it in an authentic way.

We were passionate to create a strong community and our mission centers around creating meaningful connections and developing opportunities for women across all levels within the Ad Tech & Media landscape. “BAE” (before anyone else) is the pledge to be there for one another and advocate for the women who will come after us. When you have a BAE on your side, you are unstoppable.

LdJ: Now, I want to backtrack a bit, and learn more about your personal history and how you got to where you are now in your career. For instance, people might be surprised to learn that you’re a Dominicana from the Bronx, because people tend to tie negative connotations to the Bronx. I’ve lived this first-hand as a BIPOC  woman from the Bronx working around tech. How did you end up getting into ad tech?

BSG: Yes! I always say that first and foremost I am a proud Dominican and coming from such a vibrant community from the Bronx is really the anchor that got me to where I am today.

My parents raised me to not only be proud of where I came from but to believe that nothing was impossible if you put in the effort. When I first started in the industry I was an online ad trafficker and I thrived off both the challenge of the job (hello, HTML anyone?) and the direct impact/ contribution to the revenue line.

The other contributing factor that led me to the industry was amazing mentors that saw more potential in me than I did in myself. Shout out to Oleg Korenfeld and Michelle Chen for opening the door for me!

LdJ: Representation matters, right? I feel so many women might avoid pursuing any kind of career within tech because they don’t know about women like you or your cofounders.

While I know you’re doing work to mentor and help build the career paths of women already in ad tech and media, what kind of work are you doing to open doors for younger women who may not even know these careers are an option for them?

BSG: That is a great question and something that in the last year I and my co-founders have centered our strategy around. The drum I beat for every under-represented person I meet is the transformation going on in our industry and the absolute need for diverse talent not only so they represent their customers/brands but also to drive innovation.

We have always known that while talent is equally distributed, opportunities are not…there is still so much MORE work to do and removing barriers of entry and raising awareness is part of our strategic focus this year. While I cannot delve into too many details now, there will be something exciting to announce in the coming weeks – stay tuned!

LdJ: Once women get in the door though, pay equity is still a major issue. Studies, say, women are still paid 82 cents for every dollar a white man makes—and for Black women, Indigenous women, and Latinas, the numbers are even lower at 62, 60, and 55 cents respectively.

There’s been a lot of talk around the Biden Administration’s plans to go harder on companies continuing to practice pay disparity. As well, many states are looking to pass laws focusing on pay equity. But in the meantime, what advice do you have for women looking to negotiate a promotion or pay increase?

BSG: Nobody is going to advocate for you louder than you, so remember that you have to be your #1 hype woman. I have sat across the table when hiring and I can say from experience that less than 5% of women negotiate their salary and over 95% of men do.

The best advice that I have heard (can’t take credit for it!) is from the absolute force Cindy Gallop who’s pillar advice is to ask for so much money that it makes you want to laugh out loud. If it terrifies you, then you are on the right path.

LdJ: Ad tech, a lot like big tech, especially at the executive level, is an all-boys’ club, often filled with nepotism. This isn’t only true when it comes to recruitment, but also in terms of retention practices like promotions and raises. How best can men in executive-level positions in ad tech and media be better allies to women?

BSG: We cannot reach the levels of diversity and equity without the support of as many people along the career journey. I’ve always seen that taking small actions goes a long way, it doesn’t have to be a grand gesture to show support.

For example, something that has helped me and others is when Executives pass the mic and create the space for others to voice opinions, offer ideas or run the meeting. Small actions like these help even out the opportunity landscape for everyone.