Every four years the World Cup reaches millions of hardcore and casual soccer fans from all over the world. The 2022 Qatar FIFA World Cup, in particular, will be a much-needed break from almost three years of pandemic woes.

Many multicultural families and groups of friends in the United States will eagerly watch dozens of matches, even if the time zone difference could be challenging. The World Cup inspires nostalgia for the homeland and a sense of cultural identity that few sporting events bring out.

This year’s World Cup is happening in November and December, which presents a unique marketing opportunity.

In 2022, the FIFA World Cup will take place in Qatar from November 21 to December 18, which marks a significant departure from the usual summer dates. Because the Middle Eastern country has extreme temperatures mid-year, the soccer tournament will take place when people in the Northern hemisphere, including the United States, experience colder weather and are more prone to stay indoors and watch television.

The World Cup won’t have to compete against other major sporting events such as the NBA or the Stanley Cup finals, which happen in June. Because of its particular timing and location, the 2022 World Cup has the potential to reach a wider audience. This is a golden opportunity for advertisers to associate themselves with a global sporting event that multicultural audiences in the United States hold in the highest regard.

The World Cup carries the weight of homeland nostalgia.

Over the decades, the FIFA tournament has created long-lasting memories for generations of people worldwide. From the late Diego Armando Maradona’s infamous “hand of God” to Zidane’s and Pele’s glorious wins, the World Cup has produced strong imprints in collective and personal memories.

The key is to understand the social and cultural rituals associated with watching the World Cup. From extended family “carne asadas” among Hispanics to community reunions when a team such as South Korea plays, each culture has its own traditions when it comes to this international competition. As one of the largest sporting events on the planet, the World Cup spans many languages, countries, and backgrounds, delivering passion and excitement for fútbol aficionados everywhere.

The World Cup is like a four-week-long Super Bowl for many multicultural households, and there will be plenty of teams to cheer for, particularly from Latin America.

Soccer is one of the sports in which South American countries, such as Argentina and Brazil, have had historical success. Often, as was the case in the 1986 World Cup in Mexico, broader geopolitical issues transpire on the soccer field. This was true when Argentina and England faced each other just four years after they waged war over the Falklands.

Soccer is a subversive force in which countries that are geopolitically powerless suddenly inspire millions around the world. For the Qatar 2022 World Cup, a few powerhouses have already been classified. Brazil and Argentina are already in, which will draw many of the 60 million Hispanic viewers that live in the United States to watch.

Thanks to their win against El Salvador in the final CONCACAF qualifier back in March, El Tri locked in their spot in the 2022 World Cup, continuing their run that dates back to the 1994 tournament. This will translate into millions of Mexican-American viewers for at least three games.

The host team, Qatar, will draw in some of the four million Arab Americans that live in the United States and who rarely have an opportunity to see their home region represented in world sports. Additionally, South Korea, a constant presence in the FIFA tournament, will be a strong force among Asian Americans, particularly for the nearly two million Korean-Americans that live in the U.S.

If you think the World Cup is insignificant in the United States, think again.

Some U.S. marketing agencies and advertisers tend to have an insular mentality, thinking that the most significant events in the country are, by default, also the biggest across the world. This substantial and grave misconception could mean millions of lost revenue.

With deep emotional attachments to every corner of the world, the World Cup is an excellent opportunity to connect with diverse audiences.

It is the time to be playful while avoiding cliches and stereotypes.

When designing a campaign, a multicultural team that understands the rituals associated with the World Cup is vital. Diverse representation ensures that real experiences can be successfully translated into an advertising concept.

For instance, if you want to appeal to a Mexican-American audience, the usual Cinco de Mayo fare, with sombreros and siestas, is not the way to go. Rather, focus on how soccer brings families together every four years, which is particularly important after two years of intermittent isolation.

The World Cup is also an excellent opportunity to be playful on social media. Today, reading and commenting on social media while watching a match is part of television viewership. Having your brand be part of that experience is a powerful way to raise awareness and increase sales.

The best type of advertising is memorable, and proven formulas are not always the way to go. The World Cup is international by nature, and effective U.S. advertising should be culturally sensitive and insightful during this time. With multicultural population growth outpacing non-multicultural population growth, brands and advertisers can no longer use a blanket approach to advertising when engaging fans driven by culture and heritage. This audience wants to feel heard and understood. 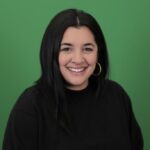 Sandy Ramos Zohios is the Product Marketing Lead at My Code, the largest multicultural media company in the U.S., specifically working within the W and H Code divisions. Sandy currently oversees brand strategy & positioning, executing dynamic marketing strategies to promote My Code’s unparalleled offerings within the multicultural marketing space. Not only does she lead the go-to-market strategy for new advertising products, she also works closely with the research and sales teams to develop compelling marketing concepts that effectively communicate the company’s brand messaging and capabilities. Sandy has a proven track record of driving affinity for a range of sales categories, including CPG, auto, luxury, lifestyle, and entertainment, through integrated marketing campaigns. She has previously held marketing positions at Minute Media, Hearst Magazines and Univision and has a Bachelor of Arts degree in Communication Studies from the University of Houston.