From its humble beginnings in 1999, 50 conferences later, Publisher Forum has grown into a must-attend event for anyone working in rev ops, ad ops and data management and analytics at a publisher, along with their ad tech partners. That’s a really, really long time innit?

To commemorate the occasion, we reached out to some Publisher Forum day ones—who we’re calling AdMonsters Luminaries—to collect some of their favorite PubForum moments to share with the rest of the AdMonsters community.

I remember attending my first Ad Monsters, in Portland, OR (2003?) and thinking how invaluable the experience was… being with people who did the same thing as me, hearing their experiences, challenges, questions…there was comfort coming out of that forum knowing that everyone else was in the same boat as me! (at the time … the biggest issue being third-party discrepancies!)

There was a communit 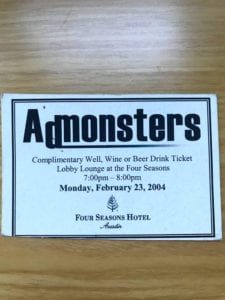 y that I could now reach out to and they would be more than willing to help and support me when asked. I can’t count the number of times I pinged the alias or reached out directly to one of my new friends I met at a conference and without hesitation, they’d have answers, thoughts, feedback. Game-changing in my new Ad Ops career!

There are two sessions back-in-the-day that had the most impact on me.

One was an overview of the Cnet product process detailing intake, end-to-end workflow, and teams involved. The process was so organized and collaborative across teams it was a bit of an eye-opener that it WAS possible to pull a process like that together and was one that several colleagues of mine over at Disney referenced for years.

The other was Tribune walking us through their training program. I remember being so impressed with the approach and inspired to get back and see how I could apply some of what they were doing to the training program on our end.

And most importantly…so many great memories made at the offsite activities and lifelong friendships formed during after-hours shenanigans! I’m so thankful to everyone that has made the conference memorable for many different reasons!

One single favorite memory of mine is in Boulder when Rob and I were busted for moving the seating arrangements around for our Monday night dinner table. This was obviously before he worked for AdMonsters. 😊

But really… there are so many great memories that it’s hard to choose just one. I have made so many great connections and friendships through AdMonsters. I have even traveled around the world for fun with AdMonsters friends and surely discussed order management software on a cruise down the Nile.

We helped clean up a yard and put in a community garden. The woman running the project owned a bunch of houses and was having them turned into art installations. It was either the first or one of the first times we did a volunteer activity, which I thought was a great option.

It was post-Katrina, so New Orleans had really been hit. The houses were spray-painted post search and rescue, and I remember someone explaining the markings to us. It was devastating. 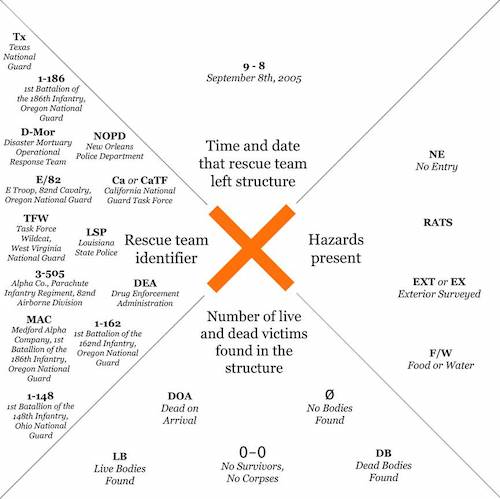 The afternoon was beautiful and hot. There were so many people there, many of whom had never done any gardening. The yards were full of debris that had to be dug up and removed. New dirt was brought in. So many little plants. We dug and wheel barreled. We worked together. We shoveled and raked. We dug holes for new plants and planted them. It was true teamwork and it was beautiful.

That evening we had dinner in the street, one long table made up of many tables strung together, lit with candles and a band playing close by. It was beautiful and amazing.

In my many years in operations for media and ad tech companies, AdMonsters has meant many things to me. There really isn’t one memory that stands out among the others. Rather, it is one giant memory of meeting great people, learning, sharing perspectives and solutions, yes—drinking and celebrating, and an amazing amount of collaboration which, I believe, is the single most important contribution to the ad landscape. Come to think of it, LUMA really should have AdMonsters at the center of a few of their visual landscapes. I honestly believe that the contributions of the people involved in AdMonsters over the years far outweigh all of the technological solutions many of us have seen come and go.

But I digress (a bit)… over 15 plus years, to me, AdMonsters has been a Myth, until I experienced the Tribe and eventually, it became the Reward.

The Myth: Back in the early 2000s, when IGN merged with GameSpy, I was lucky to meet my first Monster in Andrea Bruns. As I was new to AdOps, she was my exuberant guide and insisted that this was not like other conferences, it was the most important event an ops person could attend. She spoke of people with unusual names, like Bowen, and told me of all the friends she met—people she could call on throughout the year to help when she came across a new challenge—and how much fun it was each time. I found all this very hard to believe. I’d had enough interaction with salespeople to know a tall tale when I heard one. But Andrea was far from that persona, so I trusted and attended my first event, I believe it was in Boulder.

The Tribe: What I found at my first event was life-changing. I distinctly remember how I described the event afterward and used a similar version for the next 15 years of budget justification and approvals at various companies. I think the auto-industry reference may have been used at that conference, but my pitch (below) worked every time:

This event is where all the people who understand how to successfully run AdOps in an ever-changing industry and tech landscape get together and collaborate to create solutions. Imagine if back in the day, all the automotive companies got together and collaborated rather than competed with one another. The advancements we’d have in cars would be amazing—don’t you want our company to be a part of this and at the forefront of any new solutions and changes?

In short, I was blown away by the amount of collaboration across companies who were clearly competitors and across roles at all levels of organizations. What I saw at that first event was the Tribe of AdMonsters and it was glorious.

The Reward: I haven’t attended every AdMonsters over the years, but each time I do, I enjoy seeing the friends I’ve made and am happy to see so many fresh new faces with the same excitement I think I exuded years ago. Instead, I chose the path of using these conferences as rewards for my team members who showed particular initiative, had an exceptional can-do attitude, an aptitude for learning and educating others. Of all the incentives I’ve used in my career, selecting someone to send to the next AdMonsters conference was by far, the reward people responded to and appreciated the most.

So, though AdMonsters has meant different things to me over the years and though I don’t have as many conferences under my belt as others, there is a very vivid image I see when someone asks me about AdMonsters–it is that moment when the new attendee’s face lights up and has that realization that everyone at every company is having the same challenges and that, whether they are VP of a large team or an AdOps army-of-one, they are not alone. To me, that’s the moment one truly becomes a Monster.