All eyes right now are on in-app advertising, and for good reason.

Today’s consumers are spending the vast majority of their considerable mobile time in-app. Globally, comScore’s latest data indicates apps are responsible for more than 80% of the time people spend using mobile devices, with this number rising as high as 95% in some regions. Not surprisingly, advertisers are investing accordingly. Worldwide, in-app advertising is set to triple from $72 billion in 2016 to $201 billion in 2021.

Marketers are continuing to increase their investments in programmatic buying of mobile ads. But at the same time, a survey last year found that 41% of marketers are intimidated by the complexity of the mobile programmatic space.

This is a natural reaction to sectors that undergo massive waves of growth. Indeed, the mobile programmatic space is a fast-evolving one, and many of the developments being seen in 2018 are taking great strides in increasing trust and accountability within the sector. The path forward – across all media, but especially within the burgeoning in-app space—is built around transparency.

Transparency is the buzzword that best describes the necessary reality that enables programmatic to continue its rapid growth. To deliver on the potential of automated buying and selling in the in-app space, advertisers, publishers and our industry as a whole are doubling down on transparency initiatives that make it harder for issues like fraud to take root and restore the faith in the good actors.

Here’s a look at some of those initiatives.

Unfortunately, in practice, it has led to some serious transparency concerns, with some supply-side platforms mislabeling their auction types or raising the floor prices without buyers’ knowledge (effectively making second-price auctions as expensive as first-price auctions).

This shift to first-price auctions will, of course, have a notable effect on the mobile advertising ecosystem. This shift provides enhanced transparency for buyers, but it also requires them to reevaluate their bidding strategies to take a more conservative approach.

Over the past 18 months, buyer fees have come under increased scrutiny across all digital media buying. Exchanges have long charged additional fees to buyers as a part of their role within the media ecosystem, but those fees have not always been transparent or communicated effectively.

This murkiness in fee communication was at the center of a recent lawsuit that The Guardian filed against Rubicon Project. In its wake, buy-side fees are being widely reduced or eliminated throughout the industry – including within the in-app space—in an effort to improve transparency and avoid such calamities in the future.

Finally, perhaps the most notable step toward a transparent in-app advertising ecosystem is still on the horizon, in the form of ads.txt. This method of preventing digital advertising fraud, put in place by the Interactive Advertising Bureau and now widely adopted across the industry, requires publishers to place a publicly accessible ads.txt file on their server that details the supply-side platforms and networks that are allowed to sell their inventory.

Ads.txt is currently only applicable for desktop and mobile web inventory. The IAB is working on support for in-app inventory, but such support has not yet been released. However, given the success of adoption and resulting fraud prevention that’s been seen across desktop and mobile web to date, you can bet the in-app ecosystem’s adoption rate will dwarf previous ads.txt releases.

In the meantime, the in-app ad ecosystem is partnering smartly and employing all other means possible to thwart in-app fraud before it can infect the ever-growing stream of in-app ad inventory. This expanding marketplace benefits greatly from the experiences of those that have come before it, and thankfully the good actors within the system are proving to be adept students of history. 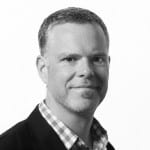 Gareth Noonan is Smaato’s General Manager, Americas. He is a proven leader in management, operations, business development and video strategy across all screens. With over ten years of experience in mobile and desktop advertising technology and M&A, his knowledge and personal approach bring solutions and opportunities that drive growth for Smaato. Gareth currently resides in the San Francisco Bay Area.