Remember ads.txt? It’s the IAB Tech Lab’s transparency initiative from 2017 that allows publishers to essentially whitelist who can sell their inventory, maintained in an easily accessible txt file.

Ads.txt came on the heels of increasing concerns over exactly who was participating in the sale of a programmatic ad impression.

A growing number of intermediaries combined with a murky programmatic ecosystem have made the unauthorized sale of inventory a major industry problem. Shady sellers can easily position themselves along the supply chain and take advantage of a buyer’s lack of transparency into who is selling what. This makes waste hard to spot, brand safety difficult to ensure, and fraud easy to hide.

Ads.txt was positioned as an answer to these problems. It provides buyers with an easier way to check whether or not an intermediary is allowed to sell the inventory it’s selling.

One of the things you might not have realized about ads.txt is that alone it doesn’t work for apps. With approximately half of all Internet traffic coming from mobile devices, and about 90% of that occurring in-app, ads.txt as released isn’t in a position to curtail ad fraud for a significant percentage of available inventory.

On the surface, app-ads.txt is similar to that of its companion spec, ads.txt. In the case of ads.txt, web publishers upload a list of resellers who are authorized to sell their inventory on their domain. That list can then be crawled by advertisers to ensure they only buy from legitimate sellers.

In the case of app-ads.txt, app developers (the publishers of the app world) publish a list of authorized sellers of their in-app inventory. Sounds nearly identical, yes?

But looking into the actual implementation of app-ads.txt, there are some differences worth highlighting. One major difference is apps don’t have a domain like a web publisher would. This means they have nowhere to publish their list of approved sellers.

Slow at first, but certainly quickening.

While providing a website URL for the app store to upload might sound like a simple enough workaround, it did complicate the early adoption of app-ads.txt by requiring buy-in from a third party. But due to a few additional workarounds provided by the IAB Tech Lab, as well as warming support from the app stores (mostly from Google Play, an IAB Tech Lab member), app-ads.txt adoption is beginning to surge.

As AdExchanger reported earlier this month, the use of App-ads.txt increased 177% between Q1 and Q2 and then grew an exponential 1,222% between Q2 and Q3.

Despite the surge, a significant number of apps still haven’t adopted app-ads.txt. Partly due to the fact that, unlike web publishers, many app developers don’t monetize through advertising. Instead, they rely on subscriptions or in-app purchases to make ends meet and therefore aren’t as incentivized to adopt.

But the important thing is—the apps that see the vast majority of ad impressions are on board, and that’s where we see the highest degrees of adoption.

So What’s the End Goal Of app-ads.txt?

Like ads.txt, app-ads.txt encourages a new standard of media buying where only authorized inventory is traded programmatically. By optimizing campaigns away from unauthorized sources, the hope is that apps-ads.txt will cut out the sellers most likely engaged in shady exchange practices, selling content that isn’t brand-safe or is otherwise fraudulent.

By aiming their initiative at the app ecosystem—one that’s well known for its high levels of fraud—the IAB Tech Lab has created a mechanism for authorizing the vast majority of available programmatic inventory.

Yes, it’s very likely. Web publishers who have adopted ads.txt have seen increases in revenue. Similarly, app developers won’t want to risk reduced spend if they don’t adopt app-ads.txt. And now that more and more demand-side buyers are insisting their supply partners adopt app-ads.txt, that risk is becoming a reality. 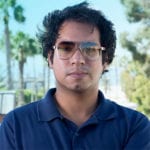 Miguel Morales is CTO and Co-Founder of blockchain-powered analytics platform Lucidity. He is an experienced full-stack engineer focusing on product development, architecture, and agile processes. He specializes in building for large-scale systems and data management platforms. Miguel has deep vertical expertise in building for the adtech ecosystem, especially mobile and programmatic-driven initiatives.