I’m going to be honest that I struggle for the right analogy for the situation I’m about to describe. I only know that this situation has happened to me many times in my career and to my knowledge, there is no name for it.

I’ve thought of describing it as an embargo. Maybe it’s more of a wall or a security checkpoint. Let me describe the situation and perhaps you can help me come up with a name:

The revenue side of the business will be in perfect synchronicity with the development team. Adjustment to existing code is being made on time, new money-making products are being rolled out. Things are flying along, and then… they aren’t.

WITH THE SUPPORT OF Hashtag Labs
Hashtag Labs produces HTL BID, one of the most comprehensive and flexible Ad Management Systems on the market today. HTL BID simplifies the deployment, management and configuration of advertising technology for publishers. For more info, contact hello@hashtag-labs.com for a demo.

Whatever caused it, the result is an ad ops-to-development team traffic jam.

Here’s the thing — if there is anything we know about operating in the digital world is that the lack of speed kills. That logic applies to the speed of your page and that same logic applies to how your departments work together.

If I can update prebid today, I can make thousands of dollars more than if I have to wait two weeks.

If I can update compliance code for GDPR quickly, there’s less chance of some EU regulators knocking on my door. I’ve only met one EU regulator in my life and I don’t need to meet another one (story for another time).

The part of this that can be so frustrating is these are two departments that most often speak the same language. Operations people typically aren’t coders, but they understand code to some extent. Troubleshooting a campaign is not unlike debugging code.

So what do you do when your process for updating ad tech is more similar to the “cash-only” slow lane instead of the E-Z pass lane? 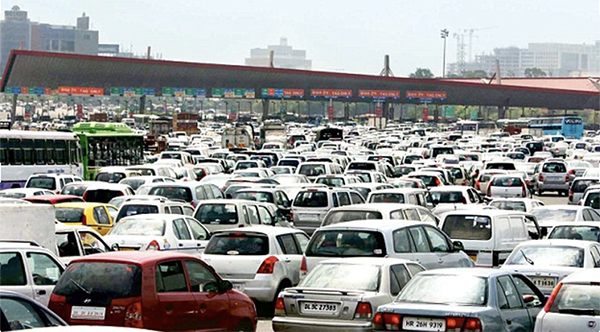 Well, you build more E-ZPass lanes for one. To mix my analogies further, the real key is building a bridge with all E-Z Pass lanes between the two departments so that information and implementations can move back and forth more efficiently. Both teams should work to create this together: Developers will need a strong bridge, so they know they can support this new infrastructure and ad operations need it to be quick moving – traveling at the speed of business.

How do you do this?

Ad ops should talk revenue to business but build trust with developers. Make sure management knows that what you want more than anything else is to get revenue going up. If your process with developers is slowing you down, make sure they know. The CEO and the CTO set priorities. You won’t always win, and you won’t always get your way, but at least you should be heard.

That revenue argument, however, is not going to work as well with the development team. What they need is security. Code changes mean risk. Your requests can endanger the delivery of the site – which is their job #1. If you build trust – that you know what you’re doing and that you’ve done everything you can to mitigate risk, there is a chance they’ll open up an EZ-Pass lane for you. As an ops person, you can’t build this on your own. Loop developers into the process from the start.

What I particularly like about this concept is that something like updating an ad slot isn’t even worth an additional email. Adjusting existing ad code in order to optimize the ad serving and tech setup is something that operations people should be able to do on their own and an ad management system enables that. Developers have plenty of other things to work on without these tasks. They just want to make sure the bridge is safe and secure.

Process is key and where a lot of publishers get tripped up is the connection between departments. Operations to Development is no exception. However, a good Ops/Dev relationship is a differentiator and a revenue generator. If the walls go up, you need to bring them down and establish a good way to work together. Maybe it’s the New Jersey in me, but I’ll take E-ZPass every time.