It’s a weird time for the cookie. Villainized by privacy advocates and the media, the itty bitty sticky bits of data seem to be more popular than ever when it comes to digital ad targeting and tracking. 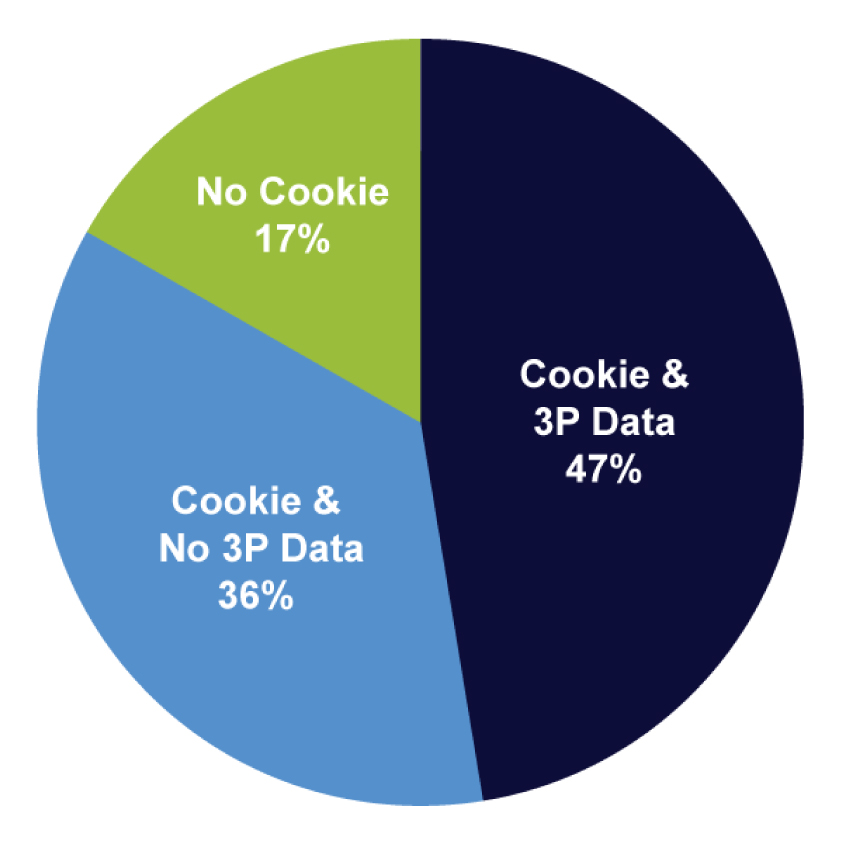 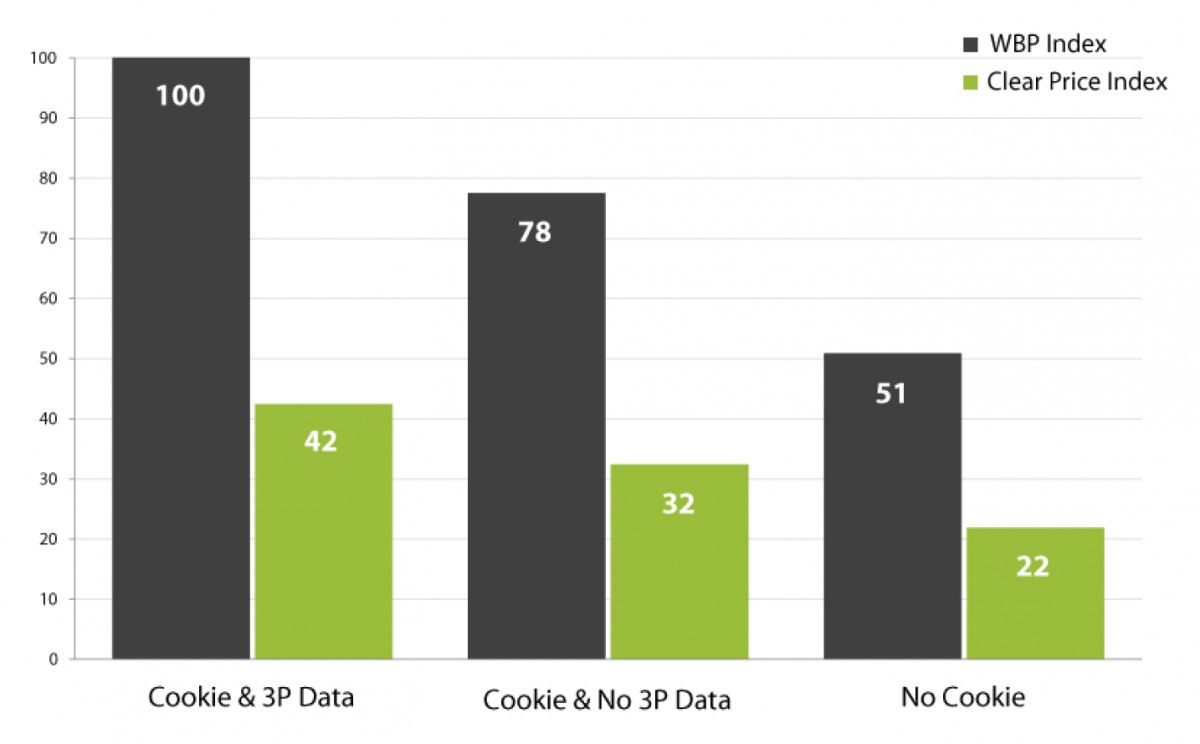 Of course, we’re mainly talking desktop-served impressions here: Index’s data was taken from 89% desktop impressions vs. 11% mobile. Not surprising, mobile accounted for 41% of impressions without cookies, though 38% of all mobile impressions were actually cookied. As I’ve explained before, mobile cookies do exist, but they can’t be shared from application to application (and definitely not application–browser). Hence in the app ecosystem, device IDs like Apple’s IDFA or probabilistic identifiers are becoming popular for mobile targeting and tracking (and seem to be the best tool for tracking and targeting across platforms).

Both the web and mobile versions of Apple’s Safari browser are configured to block cookies “from third-parties and advertisers” by default. As you might imagine, users are more likely to change that setting to “always” block cookies rather than “never.”

The last interesting piece of data is the browser effect. Though Safari only accounted for 17% of overall traffic, 67% percent of impressions without cookies came from Safari browsers (see below left chart). A good deal of that is likely from mobile. 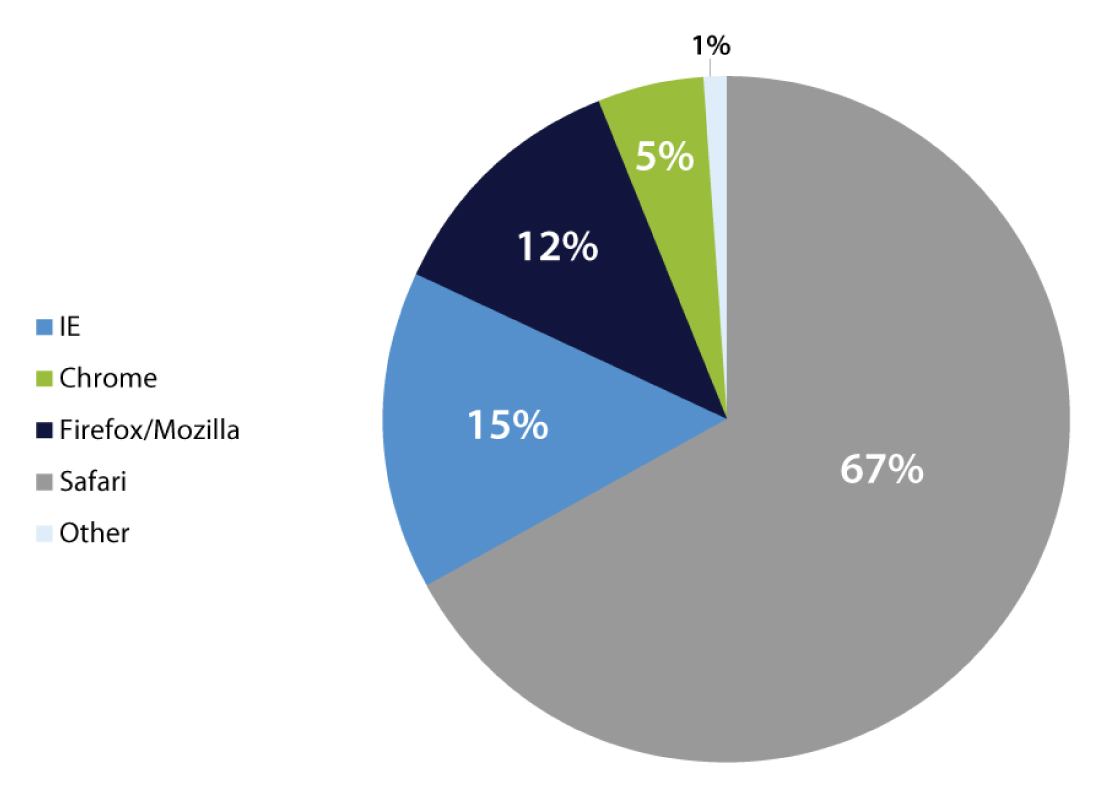 Internet Explorer claimed the largest share of impressions (38%) flowing through Index, followed by Chrome at 26% and Firefox at 18%. IE accounted for 15% of cookie-less impressions, Chrome 5% and Firefox 12%.

This is interesting because in the last year or so, Internet Explorer put DNT on default for express installations and Mozilla excised third-party cookies from the Firefox browser. It was easy to see both of these moves as reaction to Google gaining browser share with Chrome – Microsoft and Mozilla are attempting to differentiate their browser products as “privacy friendly.” Through its advertising exploits, Google makes a fair chunk of change with the help of cookies – the company was even quite reluctant to join the DNT parade, but it looks like DNT ultimately won’t matter as development of a standard through W3C seems to be in permanent gridlock.

The data suggest IE and Firefox’s cookie-killing measures have had a minimal effect on the ad business. Granted, Firefox’s third-party cookie block didn’t go into effect until the end of the second quarter, so the impact may not appear until the next report. However, as Chrome keeps upping its share of browsers (on mobile and desktop), I’d guess that other shoe isn’t likely to drop.

All chin-scratching aside, the Index Quarterly Cookie Report shows we are still firmly in the age of the cookie. While signs point to this era closing, Index’s data suggest it isn’t time for publishers to bail on cookies just yet. Smart publishers will keep their cookie game rolling steady while eyeing device identification technologies, most of which can be deployed alongside their current targeting efforts.