The SKAdNetwork framework is not new, Apple introduced it back in March of 2018. At the time it was positioned as an alternative, more privacy-oriented approach to campaign measurement.

SKAdNetwork is an aggregate method for measuring attribution of mobile ad campaigns for iOS apps. SK stands for StoreKit, Apple’s framework for developers to interact with the app store and in-app purchases.

With SKAdNetwork, the attribution data is sent to the attributed network only when all three players “do their part.” It’s important to note that the entire flow is unrelated to and completely independent of the device’s IDFA, Apple’s device identifier for advertisers.

Since independent and unbiased attribution solutions were already very robust and widely used by advertisers even back in 2018, there was no major incentive for advertisers to adopt SKAdNetwork at the time. Especially since these solutions could deliver attribution for all networks and operating systems, not just for iOS alone.

Apple’s SKAdNetwork remained on the sidelines of the mobile attribution and marketing measurement playing field for over two years.

So What Has Changed?

At WWDC this past June, Apple announced that the upcoming iOS 14 would limit and dramatically reduce the ubiquitous access to IDFA enjoyed by all mobile app developers today.

Apple’s change in policy was originally going to be introduced with iOS 14 in September but is now postponed to early 2021.

The big change? Each app “will be required to receive user permission to track users across apps or websites owned by other companies, or to access the device’s advertising identifier.”

A new framework, AppTrackingTransparency (ATT), will require apps to ask new users to opt-in to IDFA collection by advertisers. This must be done separately for each iOS app.

With low opt-in rates anticipated by industry analysts, IDFA access is about to become severely limited to advertisers. All at once, the SKAdNetwok framework became an important measurement tool, one of the main ways advertisers will receive the attribution data for advertising campaigns on iOS.

How Will It Work?

What Will This Mean for Publishers?

If most advertisers choose to adopt SKAdNetwork in compliance with Apple’s tracking guidelines and to attribute programmatic advertising on iOS, DSPs could potentially only bid on SKAdnetwork compatible inventory. Therefore, it would become imperative for pubs and SSPs to support SKAdnetwork,  making inventory available to meet advertiser demand and not miss out on any revenue.

What Are the Limitations of SKAdNetwork?

SKAdNetwork presents new functional challenges for advertisers, compared to the data they’re accustomed to getting from their attribution providers today:

What Does Not Having First-hand Access to This Data Mean for Advertisers?

What Is the Path Forward?

Since June, leading attribution providers have been designing rich solutions that tackle these functional and structural challenges, including:

So Is SKAdNetwork the Only Show in Town? 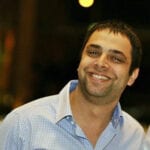 Barak Witkowski joined AppsFlyer in 2019 as a General Manager. He is currently focused on leading AppsFlyer’s new SKAdNetwork-based attribution solution. Barak is a seasoned entrepreneur who has launched mobile apps with tens of millions of users worldwide.