Normally, when a company goes public, we’ll hear about them filing for an IPO. But more recently, there’s been a lot of talk about companies going public through a SPAC (Special Purpose Acquisition Company), and these types of deals are starting to trend in the digital media and advertising space.

Maybe you’re just hearing about SPACs, but the thing is, they really aren’t all that new. They’ve actually been around for about 40 years but ended up earning a bad rep when a few bad actors fraudulently used them to scam investors. Thanks to significant law changes, the way that companies use SPACs to go public today has been in existence since the early aughts. 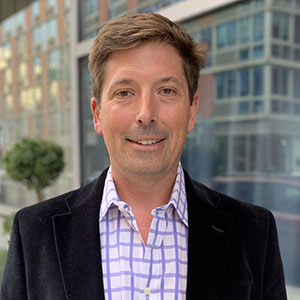 Lynne d Johnson: What is a SPAC?

LdJ: Who is using it?

PO: SPACs are gaining popularity across the investor ecosystem, especially for digital media and ad tech players who have typically struggled to break into the public markets.  Earlier this year, Group Nine Media went public via SPAC and Taboola took itself public with a SPAC and a valuation of $2.6 billion. Buzzfeed just announced its intentions to go public via SPAC. The industry has its eye on a number of media-focused investors that are raising money for SPAC exits which puts much of the digital media landscape in play.

LdJ: Why is the SPAC boom happening now?

PO: It simply comes down to supply and demand. Demand happens to be particularly strong right now, since audiences and innovations are growing exponentially. Traditionally digital media and ad tech have not had luck until recently in the public market. The fact that SPACs provide companies with a way to enter the public market without going through the IPO process makes them extremely appealing. Many digital publishers and ad tech companies are venture backed and those investors are eager for their exit, which SPACs provide a nice option.  It doesn’t hurt that COVID-19 has been accelerating the digital transformation as everyone spends more time online in their homes.

LdJ: What are the benefits of a SPAC?

With SPACs, it’s merely a matter of months, making them ideal for business leaders in the fast-changing digital media space, especially those looking to raise money quickly. Additionally, SPACs provide publishers with more control over the terms of their public offering, since company management is able to negotiate the terms of their public offering. Although it’s worth noting that a company’s valuation going through a SPAC may be lower than what they might otherwise receive, the ability to control price is a unique offering that can provide stability and predictability for employees and long-term investors.

LdJ: Are there drawbacks to using SPACs?

PO:  Of course any solution will have its drawbacks, and SPACs are no exception. As with going public generally, before going public, the company should do everything in their power to make sure that their company is actually ready, as going public too soon can create more problems than it solves. Also, similar to regular IPOs, companies going public through SPACs will have to be transparent to investors and shareholders to try to ensure consistent short-term results and a high stock price. They will also have to take on new investors who may not know their business as well, and will be responsible for obligations to shareholders and a board, which may have new members with different ideas. It’s important for a company to structure their plan accordingly during their SPAC acquisition in order to address these concerns at the outset.

LdJ: What does the rise of SPAC IPOs mean for the digital media ecosystem?

PO: It’s too early to say exactly how the rise of SPACs will impact the digital media ecosystem, but I believe in the near term we’ll see SPACs used as a vehicle to acquire several small to mid-sized publishers where a buyer seeks an audience scale play.  We’ve seen acquisition movement in B2B publishing recently and it’s entirely possible that SPAC will expand this strategy into more traditional digital to build the next digital Condé Nast or Hearst.

In terms of using SPAC for IPOs, I am skeptical that it’s a long-term strategy for media companies.  One of the challenges for the media industry for investors is they don’t often produce venture capital like growth rates and return on investment. Media companies weren’t racing to go public before SPACs, which indicates reluctance due to the risk and uncertainty of going to the public markets.  If you can’t keep up organic growth rates the public markets can be pretty brutal resulting in things like lower stock prices and employee turnover.

Because of the implications across industries, all eyes will be on how these newly public digital publishers and potential ad partners will fare in the market. If they succeed, then it’s possible that the ad tech and digital media industries will be able to create predictable, stable, and recurring revenue results as well.

Lynne d Johnson is Senior Editor at AdMonsters. In previous roles, she was GM Digital at Vibe and Spin, head of content and community for Fast Company Digital, a digital and social media strategist at Waggener Edstrom and R/GA, and SVP Social Media for the Advertising Research Foundation. She also writes and speaks about AR, blockchain and diversity in tech, media and marketing. Follow her @lynneluvah