Here at AdMonsters, we’ve long been proponents of the idea of publishers joining forces on a programmatic and data level to compete with the scale offered by walled gardens like Facebook and Google.

But over the years we’ve seen these either fail or stagnate for a variety of reasons, but probably a certain central one: Publishers were simply unwilling to put in the collaboration it would take to succeed. And there understandable excuses for this reluctance, including displeasure at working alongside theoretical competitors or fear of losing priceless first-party data.

Nucleus Marketing Solutions’ compact of major journalism outlets has succeeded where others haven’t. Perhaps right now is just the time, or perhaps the approach is on the money. Before he appears on the Ops closing panel, The Reckoning of Digital Media, Tuesday, June 5 with representatives from Quartz, Engine Media, and more, we asked Nucleus CEO Seth Rogin how the alliance rolls strong and what is biggest on its plate.

At AdMonsters, we’ve long thought publisher alliances like Nucleus would be the answer for taking on the walled gardens, but several in the past have flamed out. What’s different about Nucleus? Or is this just the moment?

The stakes have never been higher to get this right. The idea of an alliance isn’t new, but the way Nucleus operates is. Nucleus is built for today and tomorrow’s ad market, using not just scale but scalable technology. By uniting the regional news audiences into a national platform, and uniting the first-party data from them, Nucleus delivers the scale of some of the largest digital entities, but sets itself apart with the brand-smart environment marketers are demanding. I’d challenge you to show me another with the combination of true brand safety and first-party data for nearly 160 million unique users. 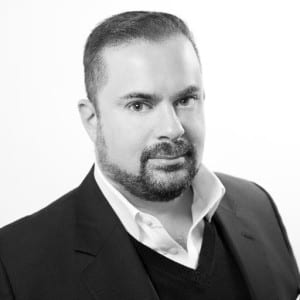 What’s the big focus at Nucleus at the moment? What do you hope to have achieved by the end of the year?

Let’s keep our eyes on this prize: Real journalism has rarely been more needed and more central to the American conversation than it is today. If democracy is built on a common understanding of truth fueling consequential choices, we need the reporters of truth to have a business model that attracts the funds they need to get their work done. I’m not just talking about the hard news. Our sites and ad positions are built around how Americans connect with each other, in a family-friendly, brand-safe environment of sports, entertainment, dining, cooking, and lifestyle coverage that actually drives decisions each day. We don’t ask advertisers to support us because we’re news, we ask advertisers to consider us because we deliver better results in a better environment with the scale and precision they demand.

The focus at Nucleus is on delivering brand-safe, high-ROI results for the world’s largest brands. We’ve been doing that, with rapid growth last year that’s accelerating as we speak. Nucleus has just launched its proprietary SSP and a partnership with Telaria as its video SSP. It feels as though we’ve spent the last two years building the Ferrari, and now it’s time to take it out to own the track.