It turns out, many media organizations aren’t as nimble and resilient as they thought they were. It’s not for lack of desire or even preparedness. It’s because they’ve never had to adapt quite this quickly. Many are also finding that their leadership culture hasn’t aged well, and it may not be what they need to survive an uncertain future.

To brave the days ahead, successful publishers must have high-functioning, multi-disciplinary teams, and revenue operations leadership to match.

Revenue ops can look to the best of the best —  elite organizations like the Navy SEALs —  to learn important lessons for survival, and ultimately, success.

The Navy SEALs are the most respected special operations force in the world. This elite team, selected based on their character, technical skills, and strength, can literally move mountains. And yet, the Navy SEALs make up less than one percent of naval forces, totaling 2450 — compared to about 350,000 in the navy overall. They are committed to never quitting, regardless of the risk. They put their lives on the line with every mission, yet always have an intrepid spirit and hunger for the next set of challenges.

These operators use a lot of tactics and strategies to help them achieve their goals — which are typically far more challenging than achieving a triple-digit YOY growth.

Skills like visualization, positive self-talk, and forcing themselves to choose to be happy have saved these elite operators from near-death situations. This is how they dominate near-impossible missions and it’s also a major part of the strategy that enables them to reach success when it counts the most.

Trained for operating on sea, air, and land, the SEALs are prepared for any circumstance they may face. They practice drills for every imaginable scenario, and that training is ingrained in their memory. This means that whatever scenario they actually encounter on a critical mission, they can adapt and operate with discipline and accuracy.

Maybe this is a practice we can adopt as revenue operations and as an industry overall. When we’re doing all those SWOT analyses, we should consider every scenario.

"The Only Easy Day Was Yesterday"  - Navy Seals Motto

Look beyond what competitors are doing today and consider how your organization will adapt if the bottom falls out on the entire industry. How will you hold your ground? How will you survive? How will you thrive? How do you advance forward?

This is the moment we’re in today. How hard have you trained for moments of earth-shattering change in the industry?

One of their best weapons ever isn’t actually a weapon – it’s mastering the art of being unconventional. It’s adaptability. It entails entering the fray from altitude levels higher (or lower) than any other group would ever consider. It means blending in with people from all walks of life — varying in appearance, body type, age, ethnicity, gender, and more.

Adapting to change quickly is a tremendous skill that requires a flexible mindset. It requires the ability to “expect the unexpected.” And it’s a necessary survival skill. So, how adaptable are you as a publisher or team?

For many missions, SEAL teams will call in air support firepower. They may request help from quick response forces or expeditionary units, or from overwatch snipers. The bottom line here is, as strong and unbeatable as the Navy SEALs are, they still embrace support.

When necessary, they will partner with others to complete a mission. Whether those others are men, women, machines, or animals, the right solution is the right solution, and they’ll go with it. There’s no point in struggling, and in the SEALs’ case, putting lives on the line, when help is available.

"Never Out Of The Fight" - Navy Seals Motto

Small and mighty, the Navy SEALs run more missions than any other force, day in and day out. They operate with quiet professionalism and respect for their operators and others.

They prevail because they train hard and trust what they’ve learned, and in addition to their physical training, they have trained to be mentally tough, resilient, and adaptable.

In your organization, you are surrounded by others who have trained, who know the landscape, and who have been through the same seismic changes you have.

You have the strength, knowledge, power, and — if you’ve been in this industry long enough — the resilience and mental toughness to survive this latest battle. Trust what you know and visualize the victory ahead. You will not be defeated! 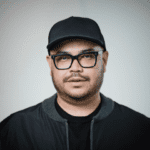 In his lengthy career, Erik has led every team from sales, ad ops, product and strategy for some of America’s largest and most successful publishers, working with over 100 sites across 12 different content categories. Widely regarded as one of the top programmatic experts in the country, he’s a frequent contributor to several publications like Ad Age, Ad Week, The Drum, AdExchanger and Digiday, as well as a sought-after speaker at industry events. Erik has been responsible for over $300+ million in digital ad revenues across several innovative ad products, working with the country’s largest ad agencies and world’s best-known advertisers. A true industry veteran and leader, Erik is passionate about facilitating positive change in the ecosystem. He has played a pivotal role in major ad tech movements and innovations, particularly focusing on the technologies that power the buy and sell process in digital advertising. Erik spent six years running revenue operations and programmatic strategy for Intermarkets, creating and optimizing innovative revenue strategies for some of the country’s best-known online publishers. Prior to his time with Intermarkets, Erik was a senior digital executive leading companies including Beliefnet.com, Salem Communications/Townhall.com, and The Washington Times in product, revenue and operations.